Thank you for subscribing!
Got it! Thank you!
Home›Tips & News›Money and Fees›In Las Vegas, Now You Have to Look Closely at Your Bill for Hidden Fees 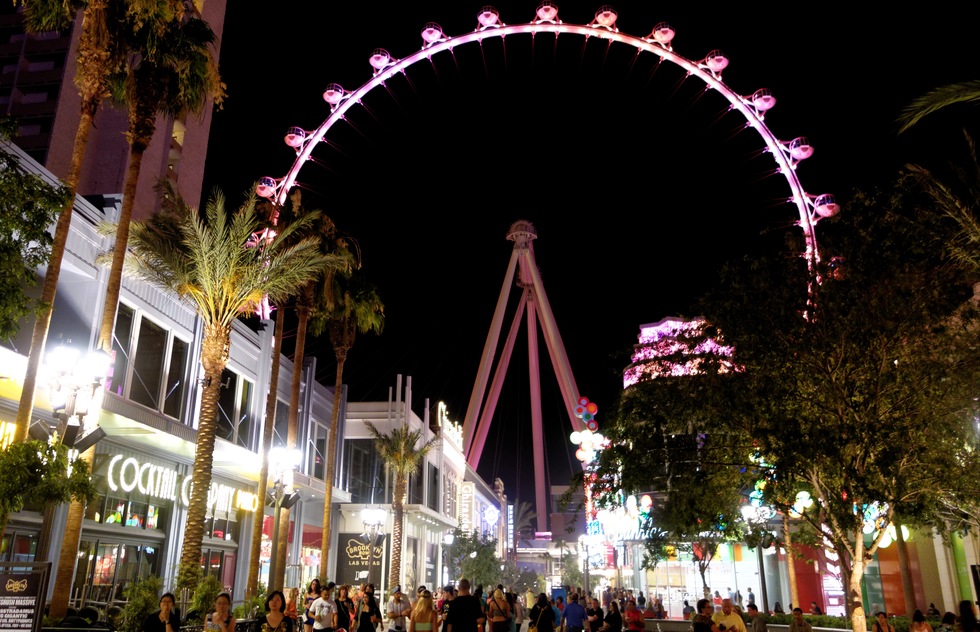 In Las Vegas, Now You Have to Look Closely at Your Bill for Hidden Fees

Seemingly overnight, casino owners have found a new way to hit the jackpot: hidden fees. Sometimes, no one can even tell you what the charges are for.

Las Vegas has long been known as Sin City but lately, it’s turned into Fee City.

We’ve bemoaned the resort fees that nearly every hotel in Las Vegas charges. But now Sin City is improving the odds of its “house edge”—and it has invented a few new charges that steal visitors' winnings during a stay. You may have to try your luck at the slots just to cover your budget. (Maybe exactly that’s what the casino heads want you to do.)
Here’s a breakdown of the fees—some familiar, some ridiculous, all becoming standard—that you will most likely encounter on your next trip to Las Vegas.
Resort Fees: Nearly every hotel on the strip charges a resort fee, ranging from about $18 (at downmarket, off-Strip places like The Plaza) to a whopping $45 a night (at the Venetian). And don’t forget: That’s before tax. What you get for these resort fees are usually services you’ll never use, like notary services or boarding pass printing, or amenities that in any other country on earth are considered part of the hotel's room rate, such as the fitness center and the pool. However, most of these fees do include Wi-Fi, which used to be a pricey add-on in Las Vegas. Click here for our updated current list of all the Las Vegas resort fees.
Parking Fees: One of the greatest things about Las Vegas used to be the free parking, including by valet. But no more. A few years ago, MGM Resorts began charging both guests and casino visitors for parking, and other casinos-hotels have quickly rushed to the same pigs’ trough. Those rates range from from $9 for four hours in self-parking to $24 for an overnight valet. Usually one hour is free. Even the Las Vegas Premium Outlet mall is charging for parking, according to Vital Vegas Blog (well, free for Nevada residents, but $5 for tourists). Gee, thanks.
Concession and Franchise Fee: This is a relatively new fee that Vital Vegas Blog has also been keeping tabs on. The fee, hidden by the cryptic letters "CNF" on your final check, is usually three to five percent of your bill. That’s in addition to the tax. There’s no explanation of what this fee is for, but a few restaurants and bars on the Strip are using it (Vital Vegas calls out Planet Hollywood's Cabo Wabo Cantina, Rhumbar at Mirage, Beer Park at Paris Las Vegas, and others). Worse, they don’t note this fee anywhere in the establishment or on the menu—you only find out about it when you receive the bill, shakedown-style.
Venue Fee: This is similar to the above fee in that it’s simply added to the bill in addition to the tax without any real explanation of what it’s for. Vital Vegas has spotted this fee in nightclubs lately, including at XS Nightclub at Wynn Las Vegas. But when people are paying thousands of dollars for bottle service, club owners must be thinking, “What’s a few hundred dollars more?”
Live Entertainment Tax: Seeing a show in Las Vegas is a popular activity but of course, there’s a separate fee for that too. In addition to the ticket price and tax, there is a 9% Live Entertainment Tax for all live shows in Las Vegas. The law was enacted in 2004 but it was expanded in 2015 to include live performances of all kinds, regardless of the size. There’s no getting around this tax—unless you decide not to see a show.
Taxi Fees: Taking a taxi in Las Vegas from McCarran Airport has never really been fancy free. There’s usually a very long line to get a one, and once you’re in, there’s a very good chance you will be “long-hauled” to your hotel. (That means the driver takes a longer way than necessary, usually through the airport tunnel, to bump up the fare.) But that’s not all. There is a $2 airport surcharge for any drop-offs and pickups from the airport. There’s also a $3 charge if you want to pay with a credit card. The good news is you can take Uber and Lyft as they are now approved for airport pick-ups, and there is still a shuttle bus that costs $7 to the hotels on the Strip. The shuttle takes a lot longer, but it’s one of the most inexpensive ways to get to your hotel.

What Can You Do about These Fees?

Your recourse for avoiding these fees is pretty limited other than avoiding the places that charge them. (We have a few strategies to suggest, but they may involve more legal wrangling than they're worth.) Becoming a member of a casino’s players club can get you some perks and discounts to make up for that resort fee.

It's worth noting that if you go to Las Vegas in the middle of the week, rates are much, much cheaper than they are on the weekends, making those resort fees a little easier to swallow—but that's not really getting out of them, just easing their sting.
If you’d rather not pay a resort fee (and does anyone like them?), Las Vegas Jaunt has been keeping tabs on hotels without them. The list is pretty short and heavy on low-pizazz brands like Red Roof Inn and Residence Inn.
SLS Las Vegas does not charge for parking, nor does The Venetian and Palazzo, The Stratosphere, or Treasure Island. But you're still paying for it—at those places, it’s considered part of the resort fee.
Bottom line: If any fee or added charge is not made known to you at the time of your service, bring it up to the manager on duty. Ask them to explain what it's for. If a venue doesn’t disclose a fee until after you’ve already stayed, eaten, or sipped, then ask to speak to a manager about it. It’s a bad business practice to dupe customers and the establishment should be told so. And maybe they will remove it. But until there are laws in place to protect consumers, it’s never guaranteed.
And from now on, be prepared to add at least $100 to your Vegas budget every day to accommodate these fees.
Food and Drink
Honeymoons
Hotels
Money and Fees
Other Discounts