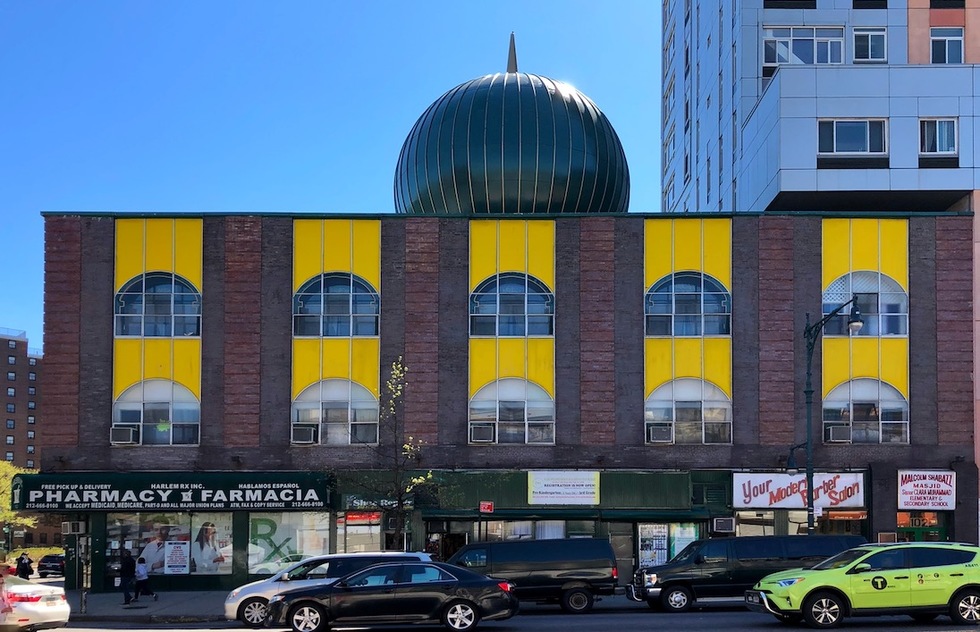 The gym where I work out (when I’m feeling up to it and can’t find anything good on Netflix) is housed in a building that stands where there used to be a mosque founded by Yemeni immigrants and frequented by jazz musicians.

The Apollo Theater is just about a block east on 125th St. in Harlem, where I live. Back in the 1940s and ‘50s, performers at that legendary Upper Manhattan venue are said to have regularly popped into the mosque for prayer before or after taking the stage. In addition to my gym, a DSW store occupies the mosque’s old address these days. If that doesn’t encapsulate the way a city’s story and many of its dominant themes—immigration, culture, commerce, and gentrification—can be contained in one block, I don’t know what can.

I learned about the building’s backstory during a free walk offered by Muslim History Tour NYC, a one-person operation run by Katie Merriman, a Ph.D. candidate in religious studies at the University of North Carolina at Chapel Hill. Merriman, who’s from New York, offers her tours to the public whenever she can get back to the city. By her estimation, that happens five to 10 times per year. 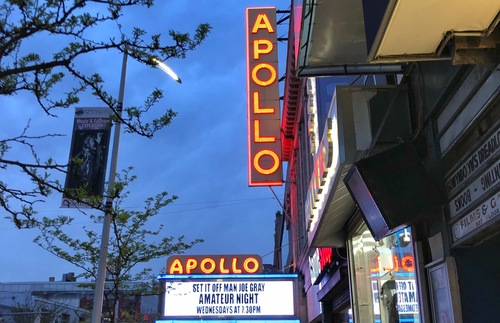 The route winds through western Harlem, starting on 125th St. at the Adam Clayton Powell Jr. State Office Building—former site of the African National Memorial Bookstore, run by activist Lewis Michaux, who had a hand in radicalizing Malcolm X—and ending at the green-domed Malcom Shabazz Mosque on 116th (pictured at the top of this post), where Malcolm X often spoke.

If it's not already clear, Malcolm X is the undisputed star of the tour, which makes sense, given that the outspoken leader lived, worked, orated, and stirred up controversy in Harlem, applying his Islamic faith to the issues of racial discrimination, justice, and liberation for African Americans. (He was assassinated in 1965 by Nation of Islam rivals at the Audubon Ballroom, located further north in Washington Heights.)

But the stories of many other Muslim Americans who played parts in shaping Harlem make it into Merriman's narrative as well. Senegalese merchants, South Asian restaurateurs serving halal food, Latino converts combating drug activity in the '80s, and saxophonist John Coltrane's possible tribute to Allah in the song "A Love Supreme" (Coltrane's first wife, Naima, was Muslim) all get their due. 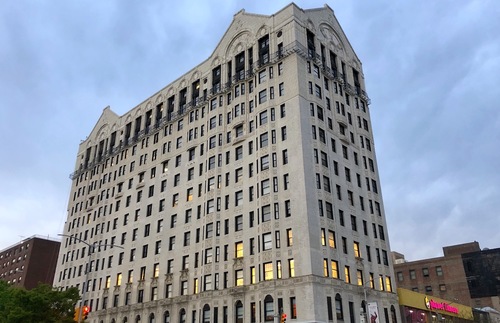 “This glorious, gorgeous building,” as Merriman describes it, was once known as the “Uptown Waldorf” for its swanky décor and A-list guests, including Louis Armstrong, Lena Horne, and Muhammad Ali. The building has its own connection to Malcolm X. He had a meeting with Cuban leader Fidel Castro at the Hotel Theresa in 1960, at the beginning of a decade that would be momentous—to say the least—for both figures.

You’ll look in vain for a plaque at street level explaining any of this. Says Merriman, “There’s nothing to mark any of the history in the building,” which was long ago converted to offices.

What Merriman dubs “erasures” of this sort are a common theme of the tour as it goes past sites where businesses and places of worship were bulldozed, replaced with other structures, and then forgotten. “For much of the tour I’m banking on people’s imaginative excitement,” Merriman says, though she helps set the scene at several points with historic photos on an electronic tablet and clips of songs and speeches from portable speakers. 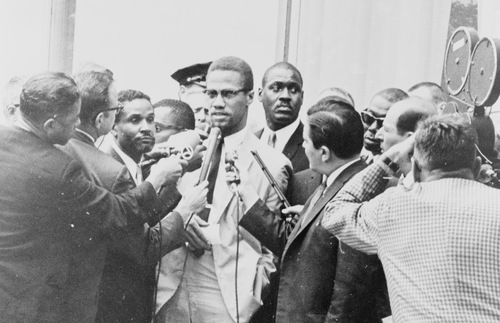 (1963 photo of Malcolm X being interviewed by reporters; public domain)

For Merriman, the purpose of the tour is to excavate the often obscured past of New York’s Muslim-American community and illuminate its still-thriving present. "[The tour] offers opportunities,” Merriman says, “to respect the accomplishments and contributions of Muslim communities that came before us and also that are living now in Harlem.

If you yourself don’t live in the neighborhood, things might not come as sharply into focus as when I found out that a community of faith was once based where I now sweat on a treadmill while watching reruns of Charmed. But discovering the layers of history below the city’s surfaces—and learning that Muslim Americans are present in all of those layers, going back at least 400 years to the arrival of enslaved North Africans—can be revelatory for visiting out-of-towners as well.

“If people remember nothing else about the tour except for Malcolm X’s name and that Muslims have been in New York City for a really long time,” says Merriman, “I have done my job.” Knowing that, she contends, “makes it difficult for you to make a lot of these arguments that the Muslim community—and many immigrant communities—are facing right now,” referring to xenophobia and Islamophobia. 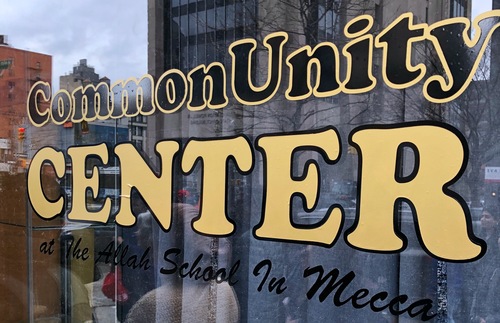 Recently, Merriman has added a Wall Street edition of the tour that focuses mostly on pre-20th-century Muslim-American life in Little Syria and other corners of Lower Manhattan. She’s also looking into hiring additional guides so that the walks can be offered more frequently.

In the meantime, tour dates are sporadic and space is limited, with group sizes capped at 35 people. You can sign up for updates on the Muslim History Tour NYC website or follow the group on Facebook to be among the first to know when dates become available. Both the Harlem and Wall Street walks are free and last about two and a half hours.