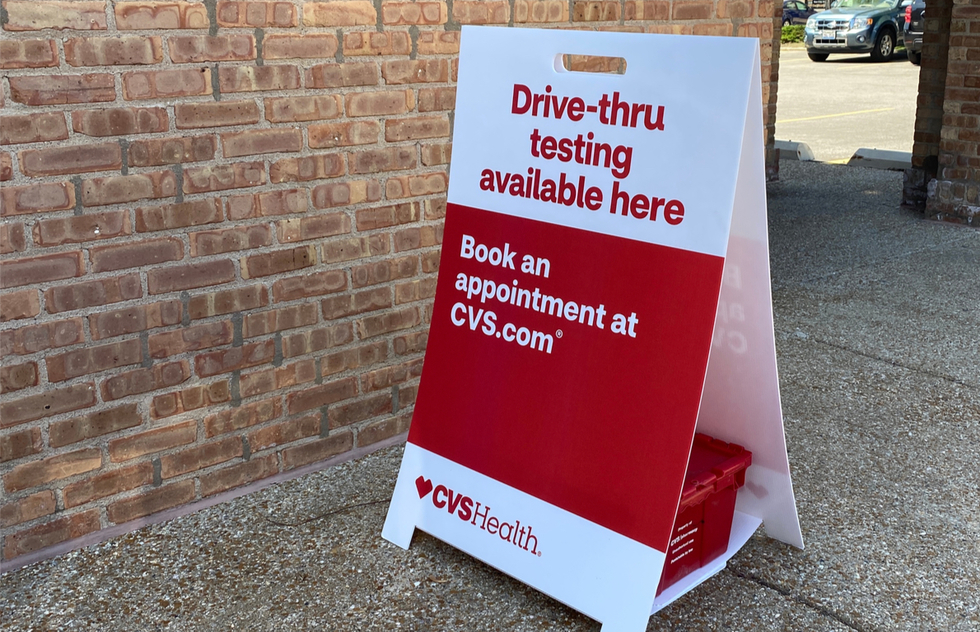 On The Run Photo/ Shutterstock

Need a Covid Test to Travel? Vendors Can No Longer Keep Up

In October, Hawaii brought in a new entry system in a desperate effort to salvage its tourism business. Since October 15, arriving tourists have been required to furnish their own negative Covid-19 test results or else face quarantine upon arrival.

To try to facilitate this logical process, which matches what many international countries are also requiring, Hawaii teamed up with a list of approved testing partners, telling would-be visitors that the state would let them in as long as their negative test results were obtained through those partners. The participation of the two most high-profile partners, CVS and Walgreens, ensured that travelers could obtain clearance no matter where they live.

The system had been working—not flawlessly, but enough for additional hotels in Honolulu to reopen for business.

In the face of the surge in infections in the continental United States, however, that system is now falling apart.

In Los Angeles, to take America's second-largest city as an example, there are no appointments for testing available at any CVS or Walgreens within the next three days. Since Hawaii requires test results that are no older than that, the unavailability makes it impossible to meet the state's demands.

Here's a screenshot from the Walgreens appointment portal. This error message repeats for every Walgreens location across Los Angeles. 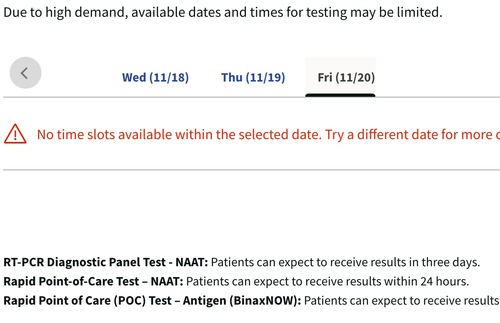 At the website for CVS, Hawaii's other mainstream pharmacy partner, a pop-up window warns all visitors that "results typically take 3–4 days but can be longer." That would be bad enough, since Hawaii requires tests to be no more than 3 days old, but you can't even get a test. There are no available appointment time slots at any Los Angeles-area CVS locations, either.

Hawaii is working with additional partners, but most of them are localized urgent care facilities or laboratories that are similarly stressed and may not be able to accommodate patients seeking tests for travel purposes.

Some airlines are helping passengers get tests in advance of their flights; qualified customers receive emails with instructions about a week before travel. Hawaiian Airlines is allowing passengers to pay for tests with frequent flyer points—it feels a little gross to extend a safety-related bonus only to those with a level of privilege, but that's where we are right now.

Other customers are left with fewer options. Some might think they can rely on tests run by independent airport vendors like XpresSpa, but pitfalls abound. XpresSpa has announced it is suspending airport operations for the safety of workers while infection rates surge across the nation.

The message is clear: Because Covid-19 is now spreading, uncontrolled, across America and there is still not a federal system for testing that could remain reliably accessible, people who hope to test for travel through a commercial vendor may find it difficult now.

And those in the tourism industry, who thought they might be able to salvage livelihoods (in Hawaii, tourism represents a fifth of the economy) by ushering customers to rapid testing, are now finding that testing facilities have more pressing concerns than servicing customers who want tests so they can take vacations.

This isn't a story of Hawaii's failure—the state did what it could to set up mass-market partnerships expected to meet any surge in demand.

No, this is an American failure. As Covid-19 sweeps the nation, it is swamping the medical infrastructure, wiping out the travel industry and lives alike.