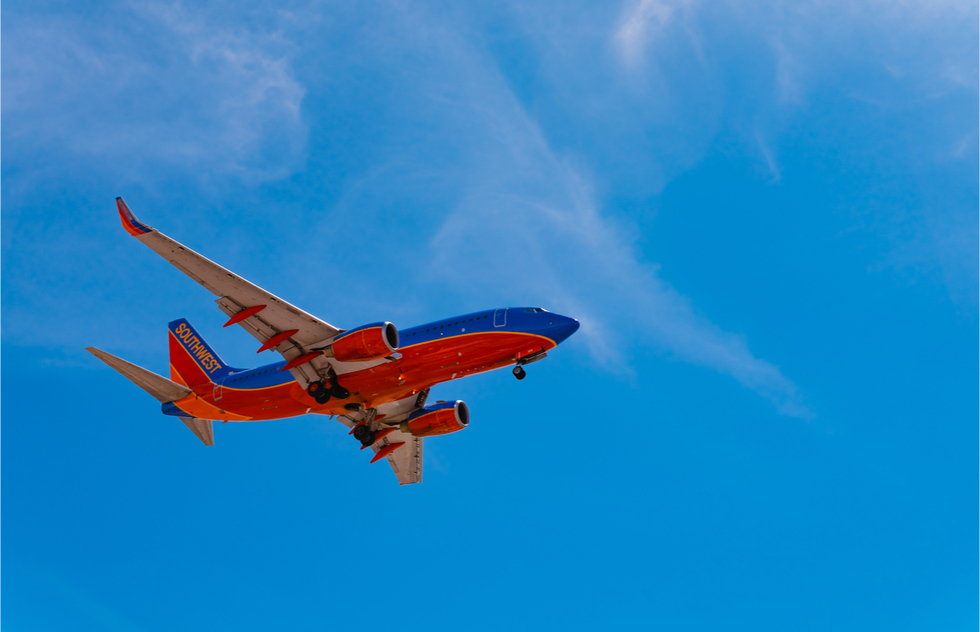 Southwest Airlines to Start Filling Every Seat Again, Despite Covid

Just in time for the holidays, Southwest Airlines announced it will no longer restrict ticket sales for flights, which will result in middle seats being occupied on full flights.

Southwest will join United Airlines and American Airlines in filling seats to capacity. Southwest said it will notify booked passengers if a scheduled flight is expected to be full and give the option of rescheduling without penalty, as is the policy with United and American.

Southwest had previously announced it would limit ticket sales until November 30. The new announcement confirms that policy will not be extended.

The people who run the airlines are no doubt seizing on the recent release of a Department of Defense–funded study that, in the interpretation of United Airlines (which loaned airplanes for the tests), proves the risk of catching Covid-19 on a commercial airline is "almost non-existent."

Those results, and the fact that no major super-spreading events have been traced to any major airline following the current industry safety protocols, have emboldened carriers to begin selling the inventory they had been holding back to satisfy wary consumers.

There's just one problem: Customers still don't want to fly. The airlines are, in effect, increasingly forcing customers to brave full flights when, in a manner of speaking, they're simply not on board with that.

Passenger numbers remain catastrophically depressed, and consumer confidence hasn't been boosted by other studies, such as one that came this summer from MIT, where a statistician found that leaving middle seats empty actually does reduce the probability of transmitting the coronavirus to passengers. That paper put the chance of catching Covid-19 on a flight at 1 in 4,300 on a full flight. If middle seats are empty, the risk goes down to 1 in 7,700.

The airlines are suffering through a critical crisis of communication—studies and the track record seem to indicate that sitting in their cabins is (more or less) safe. Risk-averse passengers, though, are still mostly avoiding flying out of safety fears.

For travelers who can't bring themselves to cross that trust gap, the only option is flying airlines that still leave middle seats vacant. The only major U.S. carriers that have pledged to do that into the new year are now Delta, JetBlue, and Alaska. The directive on all three airlines is currently set to expire in the first week of January. (For a full list of the airlines' current safety policies, consult our regularly updated directory.)

If more data comes out and flights continue to operate without major outbreaks, we can expect even those options to vanish.

Update, Oct. 20: JetBlue will join Southwest in ending the widespread blockage of middle seats as of December 1, 2020. Until January 5, 2021, some middle seats (but not all of them) on JetBlue will be left empty for people that request to be placed beside them; instructions on how to request an assignment beside a vacant seat can be found on this page of JetBlue's website.