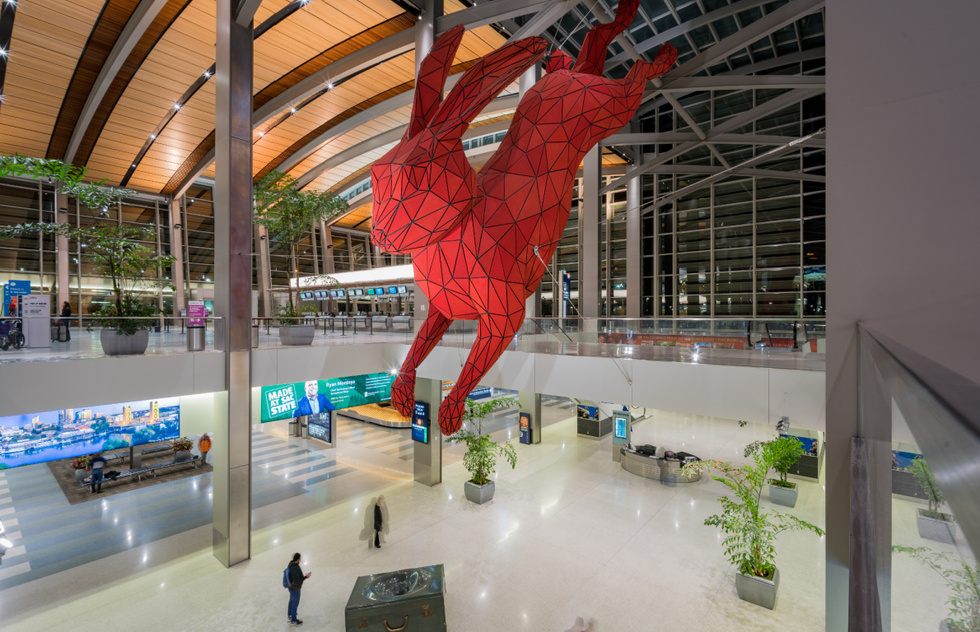 Northern California has the best airports in the United States and the New York City area has the worst, according to a new ranking from the Wall Street Journal.

Rating the country's 50 busiest airports for the first time since 2019, the Wall Street Journal scored facilities on "19 factors from on-time performance and security waits to J.D. Power customer-satisfaction score and ticket prices."

Because reliability—reflected in an airport's record of delays and cancellations—matters most to passengers, particularly in this year of travel chaos, that category accounts for 61% of each airport's score.

Despite a historical propensity for delays due to its famous fog, San Francisco has been notably punctual this year, with an on-time rate over 80%.

That, plus amenities such as yoga rooms, local restaurant outposts, and museum exhibits, as well as a quiet atmosphere made possible by limited overhead announcements, was enough to put SFO in the top spot.

Atlanta (ATL) and Minneapolis (MSP) round out the top three.

The list divides large and midsize airports, with the country's 20 busiest hubs by number of passengers falling in the former category and the next 30 airports classified as midsize.

San Diego (SAN) and San Jose (SJC) came in second and third on that list, "creating a California trifecta," as WSJ puts it.

Chronic flight delays accounted for the region's poor showing. At least physical improvements at LaGuardia and Newark make getting stuck there a little more pleasant.

Below, we've listed the top five winners among large and midsize airports, as well as the best and worst airports in the categories of reliability, value, and convenience.

Best and Worst for Value
Factors: average domestic fare, price of parking, rental car taxes and fees, UberX fare from convention center to airport, leading airline's market share (as a measure of competition), prices for bottled water (as a measure of concession prices)

For the full rankings and details on methodology, go to WSJ.com.