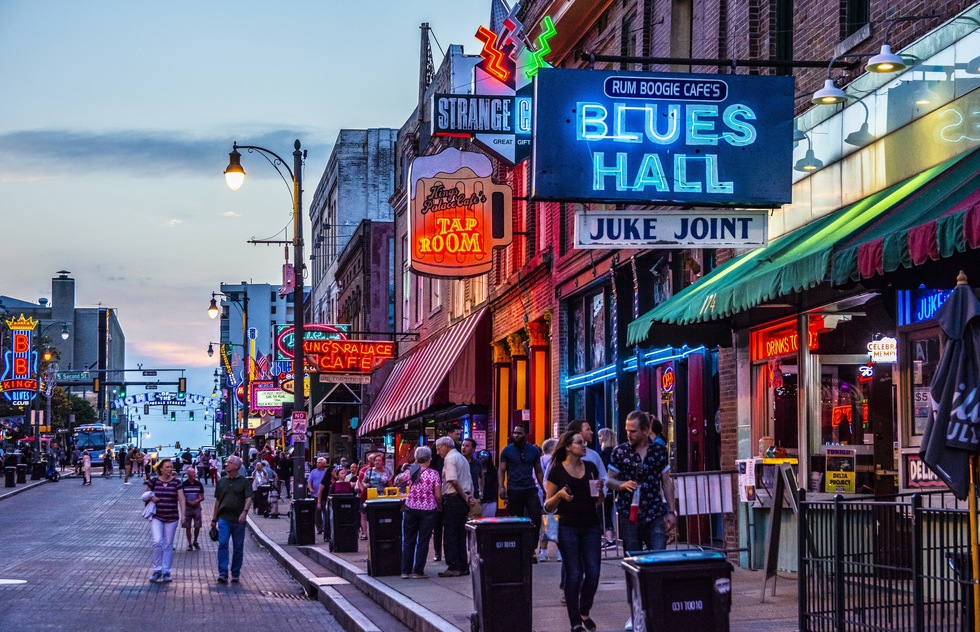 This Year is A Great Year for Memphis. Our Frommer's Guide Writer Explains

When we come out with a new guidebook at Frommer’s, we tap the best local journalists to write it. One such pro is Ashley Brantley, a native of Nashville who grew up in Memphis (and still has family there), making her the ideal person to write the newly released Frommer’s EasyGuide to Nashville and Memphis. I interviewed her on our national radio show about why 2019 is the ideal year to visit Memphis.

Ashley Brantley: That’s right. 2019 is the bicentennial of Memphis, and there are events going on all year long to celebrate the 200th birthday of the city. There’s going to be stuff at the Stax Museum (a soul music museum), film and food festivals, concerts all over the place. Depending on when you go, things will change, but you can visit www.mem200.com and that will have a comprehensive list of all the things that are going on at any time.

Frommer: And for the anniversary, two of Memphis’ most iconic attractions, Graceland and the National Civil Rights Museum, received major overhauls, correct?

Brantley: In the past five years, the Civil Rights Museum and Graceland have gotten completely upgraded and face-lifted, so if you haven’t been in the last five years, you really kinda haven’t been. The Civil Rights Museum, for those that don’t know, was built around the Lorraine Motel, which is where Dr. Martin Luther King, Jr. was staying when he was assassinated on his 1968 visit to lead a strike for the city’s garbage workers. At the museum, you can see the room where he stayed, exactly as it was the day he died, which is a singular, moving experience. With this new, multi-million dollar expansion, it has added hours’ worth of walk-through tableaux, which paint a really clear picture of African-American history in our country. For me, one of the most evocative things is sitting in the vintage Montgomery, Alabama, bus, like the one Rosa Parks rode on. When you sit at the front, this booming voice comes through the speaker and bellows at you to move to the back. Even if you know it’s coming, it’s a poignant but jarring experience that gives you the tiniest glimpse of what Parks must have gone through.

Frommer: It’s such an important museum—wonderful that it’s been expanded this way. But I have to wonder: How did they expand Graceland?

Brantley: Well, Graceland is, of course, anchored by the home of Elvis Presley, his mansion. But it just finished up a $137 million expansion, which means that the property now has a football field’s worth of new exploring space. It makes sense that this happened because of the bicentennial, but also because the mansion is the second-most visited home in the United States, second only to the White House.

Brantley: And its surroundings needed some TLC, for sure. So today they’ve got a fancy new hotel, they’ve got a plane and car museum, truly ungodly amounts of merchandise, memorabilia from Elvis, but also from musicians as wide-ranging as Tricia Yearwood, Elton John, and Bruce Springsteen. So it’s fun for both people who love Elvis and those who don’t. The house itself is a really kitschy, over-the-top time capsule of the 1950s and 1960s, and it is worth seeing just from an interior
-design perspective alone. But for me, the most compelling stuff is the personal details… I had no idea how smart, quirky, and kinda crazy he was. For example, he used to collect police badges from officers who were fans, and then used them to make citizens' arrests. Which I had no idea about.

Brantley:  Yeah. He was also an avid reader, and read everything from guides on yoga to endocrinology texts to Gone with the Wind. It’s really fascinating to see what he was interested in. You can also see the TV he shot out because he didn’t like anything that was on.

Frommer: Let’s switch gears and talk about the barbecue scene.

Brantley: So in Memphis, food means barbecue, and barbecue means pork. Most commonly that’s going to be ribs or meat pulled off the shoulder. I’d like to give you some tips…. One is that the barbecue should be juicy, smoky and flavorful, without sauce. You should be able to taste the meat on its own, and if it tastes like nothing, you’re not eating the real deal. Also, pink is good. If the meat is pink, it means that the proper chemical reaction has taken place.

Brantley: No it doesn’t. It can be kind of an unnerving sight for first-timers, but you want to see pink. We have this all in the book, but a quick rule of thumb for me if you’re looking for crowd-pleasing and consistent across the board, I’d say [go to] Central Barbecue in the original location. If you want authentic, my favorite is Payne’s, a hole-in-the-wall that’s been open for about 50 years. They serve a perfect barbecue sandwich with really bright yellow slaw.

Frommer: You’ve made me hungry!

This conversation has been edited and condensed.
Arts and Culture
Food and Drink
Local Experiences
Road Trips