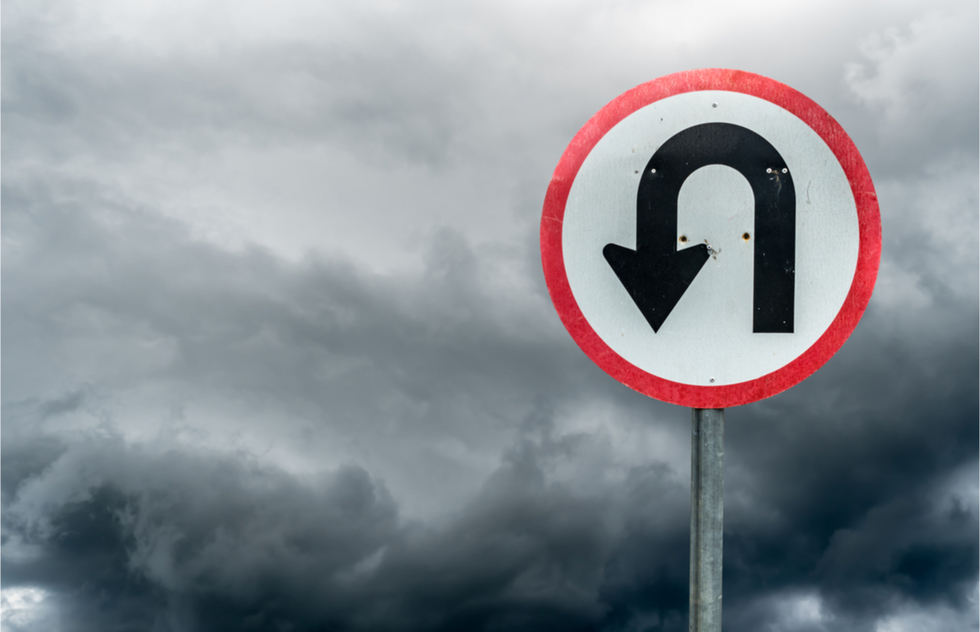 Tourist Industry Crash: Visitors Are Avoiding the USA for Their Own Safety

The rest of the world now sees America as a mortal danger.

"At all costs, you do not want to go into a U.S. hospital without insurance," one Canadian told the Palm Springs Desert Sun. Usually, he spends a few months a year in California. This year, he evacuated early and he's not coming back.

For their own safety, foreign visitors are staying away from the United States.

The dilemma for that Canadian citizen, which was outlined in the Sun, illustrates the problem that takes a similar form for most international visitors: Their national health care system may only cover medical treatment in another country for a short time, if at all. Visitors who develop coronavirus symptoms while in the United States would theoretically have to get back home to obtain full benefits—but by that point, they wouldn't be allowed to fly.

Travel insurance, which would normally cover illness abroad, is excluding Covid-19, which puts international visitors at the mercy of the hugely expensive medical system in the United States.

The same issues face any international visitor who might have wanted to visit America. People who live elsewhere know full well that entering one of America's hospitals without insurance would bankrupt them. The rest of the world has been stunned by America's out-of-control medical costs for years.

Prospective international visitors look at the United States and they see two massive train wrecks. First, they see the highest number of infections of any other country—a gross failure of management that their own countries avoided. Then they see a health care system that would ruin them if they had to use it.

Can anyone blame them for not wanting to risk an American vacation?

The inability of American leaders to get a grip on both Covid-19 and the country's medical system are finally culminating in the destruction of one of the nation's most important industries: tourism.

Last year, visitors from other countries spent $154 billion in America.

This year, they're not coming.

The U.S. Travel Association predicts that international inbound spending will fall more than 70% this year. I think it will be even worse. No one wants to be trapped in a country where infection is running wild, ICUs are filling up, and a hospital stay (which may not even be available in overburdened areas) could cost a patient hundreds of thousands of dollars.

It's cute that the collapse of international tourism has created more availability at national park lodges and will ease road traffic during the peak summer months. But cheering that news is a bit like celebrating low real estate prices after the plague sweeps through town. The truth is that millions of jobs are about to be lost across the country.

The travel industry supports some 16 million American jobs—or one in every ten. With 30% of domestic spending down and upwards of 70% of international spending gone, you can expect a half or more of those positions to be eliminated.

In April, I predicted the coming "American bans" that are now sweeping the planet. America has failed—and in some places, barely tried—to get its coronavirus infections under control, and in response, nations around the world are planning to explicitly deny Americans entry.

That annihilates outbound foreign travel plans for millions of Americans. Now, the systemic failures of the United Contagions of America are destroying inbound travel, too.

This is an industry apocalypse, and it could have been avoided if American leaders had properly governed—not only during the pandemic, but also for all the many years Americans have been begging for a humane medical care system.

For too long, America has coasted on its failures. In 2020, though, we have seen a confluence of unprecedented calamities—and the rest of the world is choosing to reject America.

The arrogance of America's benign neglect has finally bounced back in a spectacular and tragic fashion. Travel is a central victim.