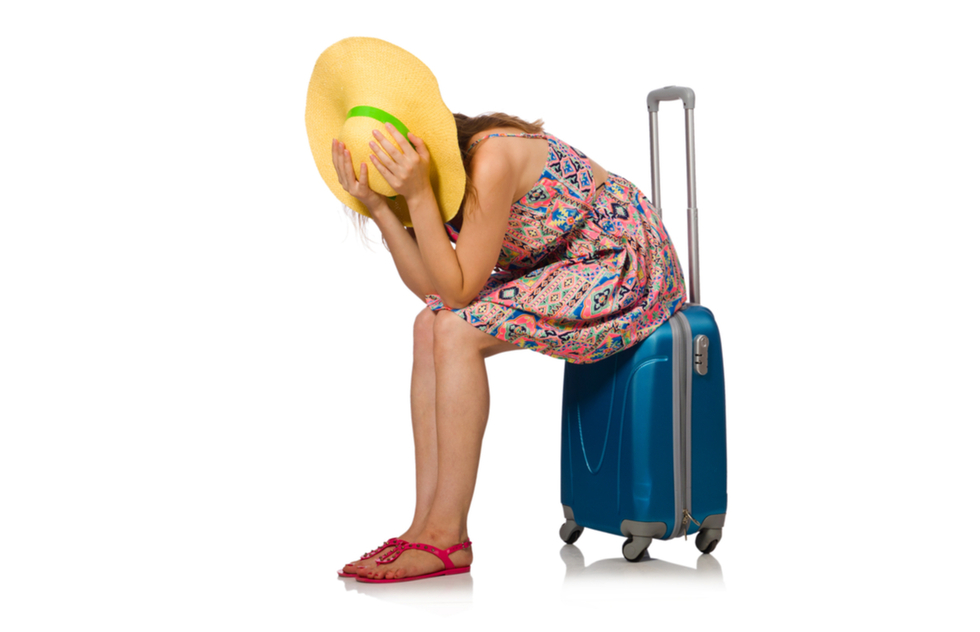 Travel Prices Will Rise Sharply in the Coming Weeks, Warns a New Report

I've always said that one of my main jobs as a travel writer is to make really stupid mistakes so I can warn my readers about what not to do. Glory be, I made one such mistake in early April—and it turned out to be a bigger error than I knew at the time.

On April 1, I researched a round-trip flight from New York City to Michigan, went to the airline website to buy, and then missed the final step: clicking "purchase."

One week later, I realized I'd never received an email confirming the flight. By the time I went back to the airline's site, the price had risen by 17% (even though my trip was still nearly seven weeks away). Oof.

Turns out that mine wasn't an isolated price jump. Travel prediction and booking app Hopper just released a new pricing report that predicts major increases across the board in the coming weeks and months.

Here are some of Hopper's numbers:

According to Hopper, domestic airfares have already grown 12% since the beginning of April and will climb another 4% before the end of May.

The app expects prices to crest in late June, when average round-trips are predicted to cost $293. That's about 20% higher than the fares in the summer of 2020, but still about 4% lower than what travelers were paying pre-pandemic (in the summer of 2019).

September fares should be lower, dropping by an average of $30. But as usual, they'll start to climb again each week approaching Thanksgiving and by then they are expected to cost 10% more than in September.

Interestingly, destinations that are brutally hot in the summer are appearing at the top of Hopper's popular searches for travel in the coming months: Las Vegas, Miami, and Orlando take the top three slots, in that order.

Rates are shifting upward. Prices for flights from the United States to other countries have already increased 8% since the beginning of April. That increase was almost certainly spurred by announced reopenings.

Zeroing in on Europe, for transatlantic routes, prices have already climbed 17% just since the beginning of May. The average hop across the pond is now $880 round-trip.

Prices are predicted to fall about 6% in August, and then rates should hold steady into autumn.

And what international destinations do Hopper users favor this summer? Cancun (Mexico), San Juan (Puerto Rico—which is still part of the United States, but in the Caribbean), and San Jose del Cabo (Mexico) were the most popular bookings when the report was researched, though it will be interesting to see if the current surge of coronavirus cases on the Riviera Maya might slow down bookings there.

Hopper's research included average pricing for more than a dozen other major destinations; click here for the full report.

These, too, are going up, up, up, along a similar trajectory as airfares. For hotels, nightly rates have increased 11% domestically since mid-March, now averaging $141/night. Hopper expects that number to increase by 17% to a national average of $165/night by early July.

But one thing hasn't changed about hotel pricing: Waiting until the last minute (within two weeks or less) to book can lead to significant savings. Here's a link to Hopper's complete analysis of hotel rates.

As for car rental prices, we've been warning consumers about vehicle shortages for months—and that's still having a terrible effect. According to Hopper, rates are up 95% from the start of the year. Travelers are now paying an average $99/day, but prices are often even higher in Los Angeles, Orlando, Las Vegas, Denver, and Miami, which are the cities seeing the most demand.

If you need a way around prices that are that inflated, I wrote about some creative ways of finding affordable rental cars here.

The bottom line on all of this? It's too late to be an early bird. But if you're planning to get away this summer, book as soon as possible, because each day you tarry, prices are ticking up.