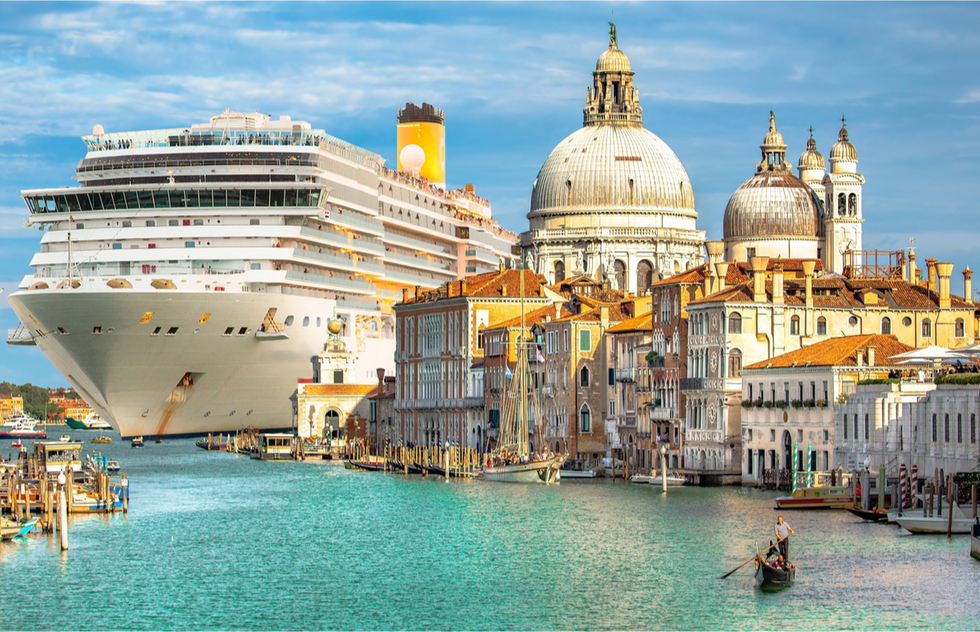 Venice Bans Cruise Ships from City Center, but the Detour Plan Has Flaws

Italy took a step this week that environmental activists, cultural preservationists, and many fed-up Venice residents have been pushing for years. The government blocked cruise ships from entering Venice's fragile lagoon.

In a decree issued by the Italian cabinet, large cruise ships as well as freighters have been forbidden from passing close to the historic city center and must dock somewhere else.

According to Reuters, the government said in a statement that it was trying to "reconcile the needs to protect the artistic, cultural and environmental heritage of Venice and its lagoon with those related to cruise activity and goods traffic."

Culture Minister Dario Franceschini was more blunt, saying, "Anyone who has visited Venice in recent years has been shocked to see these ships, hundreds of meters long and as tall as apartment buildings, passing through such fragile places."

In a tweet, he noted that UNESCO has advocated for this move in order to protect the seabed from damage by enormous ships. Venice has enough problems with flooding already.

What's more, a cruise ship in Venetian waters collided with a dock and smaller boat in 2019, injuring five people.

Officials plan to hold public hearings to decide whether cruise ships should be redirected to Marghera Port, located in an industrial area far from the Grand Canal. Container ships are already docking there.

There are worrisome flaws in that proposal, however.

The port is accessed via a narrow canal that would have to be enlarged for cruise ships, a move that could have a negative ecological impact throughout the region.

Problems caused by enlarging the canal "would be a kick in the stomach” to environmental initiatives, retired University of Venice professor Maria Rosa Vittadini told the New York Times.

There's also the question of whether the new decree will stick.

In 2013, the government issued a similar ban on big ships in the Giudecca Canal, one of the major waterways into the city. But the ban was overturned by a regional court.

After the 2019 crash, another ban was announced but never permanently enacted.

The latest restriction on cruises in Venice is one of many recent prohibitions against large passenger ships in ports around the globe.

It would seem that the pause on cruising during the pandemic has allowed many communities to reassess the effect that a steady stream of huge vessels can have on a destination's economy, environment, and quality of life.

A lot of places are deciding that cruise ships may be more trouble than they're worth.