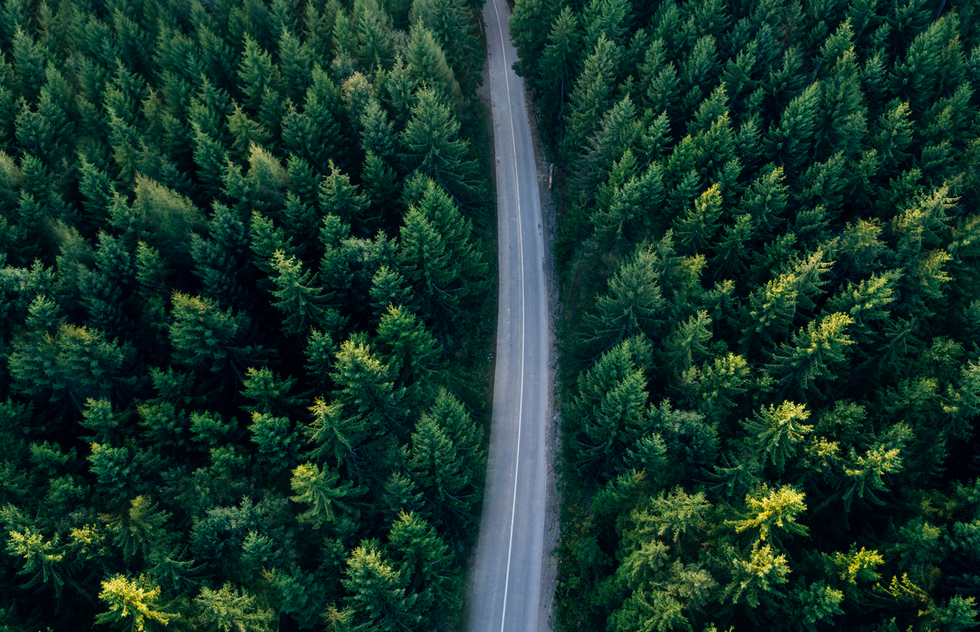 Although it may be wiser to wait until there’s a vaccine before hitting the road (a prospect that, knock wood, seems right around the corner), many of us want, or even need, to travel sooner than that.

There are ways to take road trips safely and economically, but some advance planning is a necessity. Too much is closed or limited right now for travelers to simply trust in chance.

With far fewer people doing a daily commute, the U.S.A.’s highways and byways are quieter than they were pre-pandemic. According to the Federal Highway Administration, use of the highways was down 40% in April, and it hasn't fully returned to normal since then.

That doesn't seem to have caused widespread closures of gas stations yet, but there is one big change at those facilities this year. "Gas station bathrooms are totally immaculate right now," laughs Kelly Glynn, author of the Fantasy Aisle travel blog.

Glynn has been driving across the United States since mid-October. "I was shocked!" she says. "In my four weeks on the road, I haven’t come across a dirty one yet."

While you likely won’t have trouble filling up your car, filling yourself up could be trickier. According to Yelp’s Economic Impact Report released in early September, at least 32,109 restaurants across the country closed for good since March—roughly 60% of the places that announced temporary closings in the spring. Fast food chains are faring better than other types of restaurants, meaning that the outlook for foodie travel and healthy eating is dimming.

Glynn reports that during her month on the road, every hotel she stayed in posted a list of open restaurants, whether it was online or on a sign in the lobby. The options were often limited and finding a place to eat often required planning. 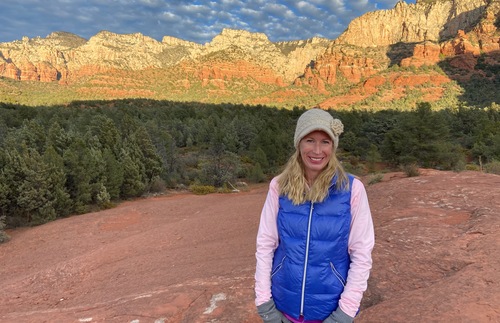 Glynn developed a method for finding open hotels with good rates. First, she searched on Booking.com or Expedia, but rather than making a reservation online, she drove straight to the hotel she chose. At the desk, she’d let them know what price she saw online and ask if the hotel could do better.

Usually, she shaved $10 to $15 off the cost of a night’s stay this way. (Phoning the hotel in advance instead wasn't nearly as effective because many hotels use call centers where operators don't have the authority to bargain.)

She also stayed in some high-end places for a fraction of what they would have cost a year ago. "In Santa Fe, I paid just $149 at La Posada for a suite that should have cost four times that," she told me. "Because there were no other guests, they upgraded me to a suite with three fireplaces, a master bedroom, a living room, and an extra bedroom."

For safety reasons, I suggest requesting a room that has been dark for 24 hours between guests, which is long enough for the virus contained in aerosol droplets to leave the air. When I stayed in a hotel in Michigan this summer, a seal was placed on the door of any unoccupied room to give guests peace of mind that they were entering a space where no other human had been coughing or talking recently.

Some shared items such as pens and paper, snacks, and coffee makers are no longer stocked in hotel rooms. Gone, too, are such services as valet parking, daily housekeeping, and room service served on china with silverware—now, room service often comes in to-go containers with disposable utensils.

What hasn’t disappeared, sadly, are resort fees, as we reported last month. When booking, make sure that you’re aware of all the costs before agreeing to check in.

Glynn says that for her, the atmosphere in hotels was also different. "Hotels are so hungry for people that when you arrive, you’re treated like a VIP," she says. "They’re just so grateful to see you, and they treat guests with great kindness because they know a lot of people are on edge right now."

Here’s where the lay of the land is changing day by day thanks to rolling lockdowns, seasonal operational schedules, and staffing uncertainty.

Three days before Glynn got to New Mexico, the governor closed almost all of the museums. "I was able to go to one museum, and a number of galleries were open," she says. "But I definitely feel like I need to go back to see what I missed."

Parks that are listed online as being open may not actually be offering the full panoply of amenities. Public bathrooms may be shut now, and the same goes for in-park museums, trails, and ranger help desks.

Sites associated with Native American nations were also closed, Glynn notes, because of high Covid-19 rates in those communities. Those closures affected attractions near the Grand Canyon and elsewhere in Arizona especially.

It may also be more important to make reservations. To ensure social distancing, many attractions are requiring advance bookings and have curtailed capacity. Glynn took a carriage ride in Amish Country, Pennsylvania, that usually carries 18 passengers, but was only permitting five.

As you’ve likely seen on the news, mask usage and social distancing practices vary by area in the United States. Glynn says that over the course of her trip, she encountered the most compliance with mask rules in Pennsylvania, New Mexico, Ohio, and Arizona.

But in Texas, Oklahoma, and the rural areas of Illinois and Missouri, she says, “it was like there’s no pandemic going on." In those states, only the workers at hotels, restaurants, shops, and gas stations wore masks. Customers went barefaced, even when staff asked them to mask up, she reports.

Even with the closures, the hassles, and the uncertainty, Glynn told me she was very happy she took her extended road trip.

"It’s been quiet, yes, but also far less expensive," she says. "And to be able to see this country has been amazing. We have such beauty in the mountains and in our cities. You know, we’ve been really focused on our differences in the last few months, but on this trip I’ve seen our similarities—what we all have in common as Americans. And that’s been quite moving."