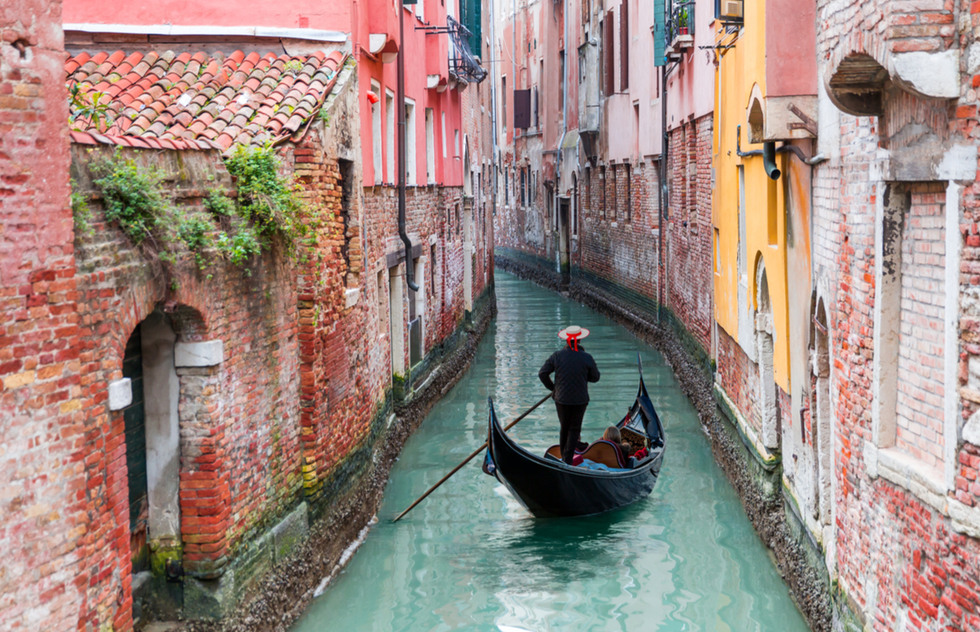 The Italian city of Venice has never had trouble attracting visitors—quite the opposite—yet the population of permanent residents is in decline.

The new Venywhere program proposes a solution: turning some of those visitors into long-term residents.

Launched last month by the city's Ca' Foscari University and the cultural-heritage nonprofit Fondazione di Venezia, Venywhere aims to fill the unused spaces of the historic center with freelancers and remote workers looking to relocate from other countries for six months or more.

In addition to attracting individual digital nomads, organizers hope to persuade companies to send their entire teams to Venice for lengthy stays as well (here's hoping your boss is persuadable).

As Time Out reports, this isn't one of those remote worker programs where the destination will pay you to move there. Venice isn't that hard up for residents yet.

Instead, the Venywhere platform will serve as a kind of concierge to help acclimate new residents to the city, offering assistance with visa applications, finding a place to live, finding a workspace, and learning Venetian essentials such as speaking Italian and navigating a lagoon.

At the moment, Venywhere is free to join and the site, which is still in beta mode, is mostly an informational resource for would-be digital nomads as well as a preview of what's to come.

Eventually, Venywhere's services will require a paid subscription and will be more comprehensive.

According to Bloomberg, future plans include hiring locals to view apartments on behalf of faraway participants, the creation of open-air Wi-Fi hotspots around town, and the conversion of abandoned historical buildings into coworking spaces. The program may also include partnerships with local landlords to list rental properties through Venywhere rather than Airbnb or other short-term rental sites that have gobbled up the residential market.

There's an Italian precedent for the Venywhere project: In April, Florence launched the similar Be.Long program of resources and benefits for remote workers and students.

The hope, as Bloomberg puts it, "is that these cities that have long relied on visitor revenue can diversify their economies," attracting young, skilled, tech-savvy types capable of turning crumbling palazzi into entrepreneurial hubs.

That's seen as a more positive, sustainable sort of visitor investment than Venice's previous model of quick-turnover mass tourism, which has contributed to environmental damage and a lack of available housing for locals—all factors in the decision of government leaders last summer to ban cruise ships from the city center.

The new remote worker program suggests it's not that Venice doesn't want visitors—it just wants the sort who'd stay longer and treat the city like home. And in one of the world's most beautiful cities, that's a pretty tempting proposal.

Though the project is still in its early stages, travelers who can work from anywhere can learn more about relocating to Venice at Venywhere.it.