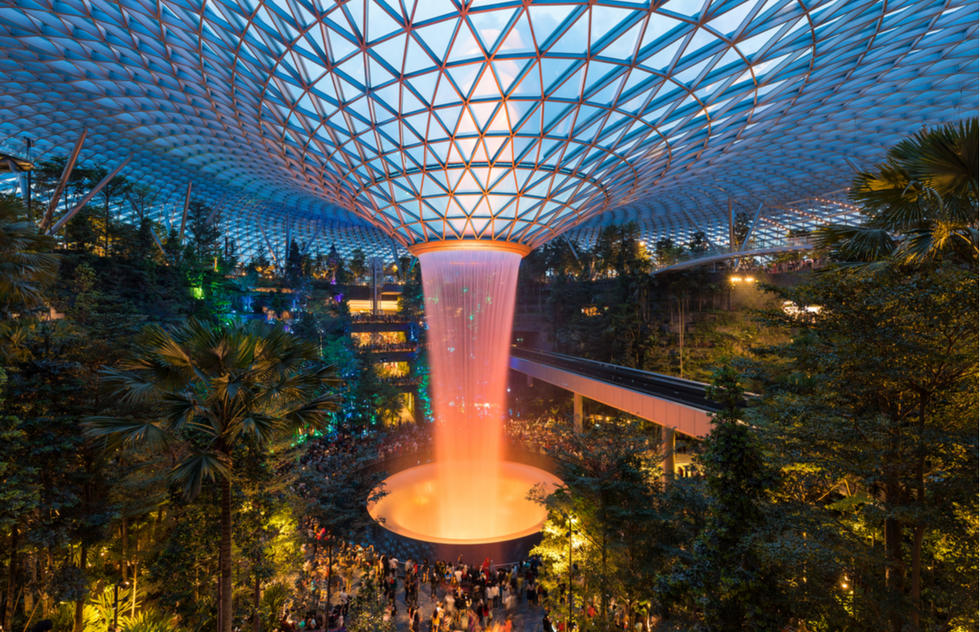 Do you miss airports?

We've been in lockdown so long, we've even started to develop nostalgic feelings for LaGuardia.

For those of you who also yearn to stuff your toiletries into plastic baggies again, Skytrax has released its well-regarded annual ranking of the world's best airports, based on surveys taken between September 2019 and February 2020 from customers from over 100 countries.

The winner, for the eighth year in a row, is Singapore Changi Airport, where a new, 1.5-million-square-foot complex that opened in April 2019 added the planet's tallest indoor waterfall (pictured above) and curvy, glass-and-steel architecture by the renowned Moshe Safdie to a list of attributes that already included gardens, 24-hour movie theaters, video game lounges, and a rooftop swimming pool.

Vancouver International Airport was named the best in North America and 13th overall.

The highest-ranking U.S. hub: Houston, way down at 31.

The winners were announced in a virtual ceremony on May 10. The top 10 are listed below.

Skytrax ranking of the world's best airports in 2020: