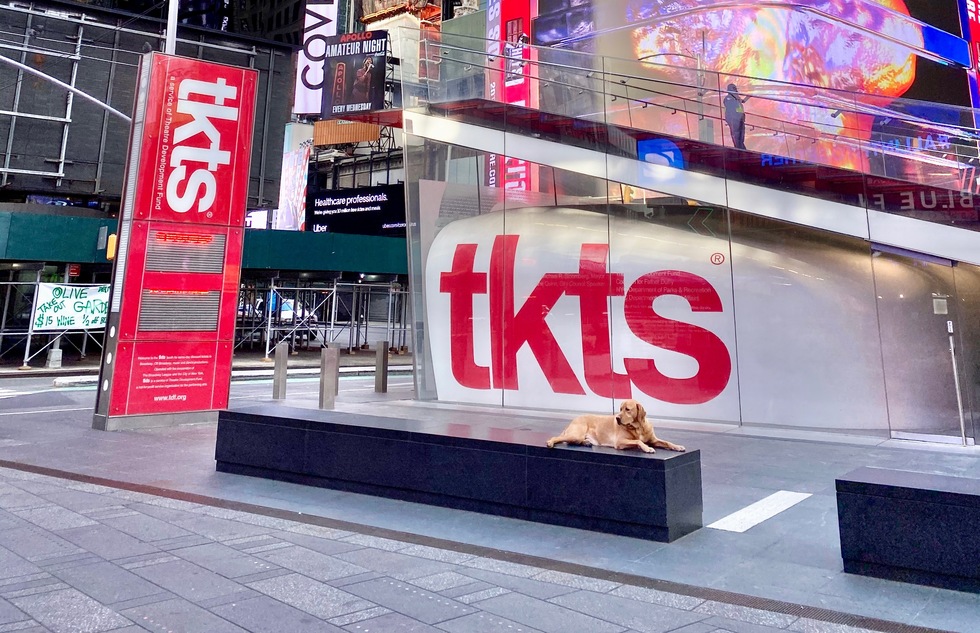 Adorable Canine Instagrammer Has NYC’s Top Tourist Sites to Himself

You know what makes them look less desolate?

Parking a deadpan yellow lab in the foreground.

In New York, that cityscape-brightening service is being provided by an Instagram account started by Craig Karpel and starring his dog, Farley.

On exercise jaunts throughout Manhattan, Karpel has been photographing his pooch at iconic, currently abandoned tourist spots—Times Square, Wall Street, Central Park, and many more—and posting the results online. 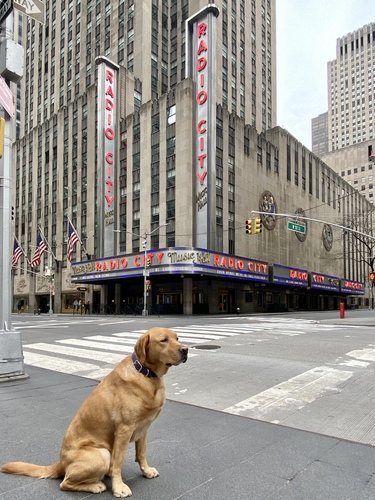 Thanks to Farley's fluffiness and canine serenity, the effect is strangely heartwarming—a guaranteed smile generator amid dystopian news cycles.

We reached out to Karpel by email for the story behind the account. His edited responses follow.

Can you tell us a little about what you and Farley do in non-quarantine life?

Whereabouts in New York do you live? Are you a native New Yorker?

"I live in Chelsea. I was born in Forest Hills [in Queens], grew up in New Jersey, and have been in NYC now for 29 years."

"Farley's an active dog, and with the dog runs locked up, I needed an alternative to get him exercised. We were both stuck at home as of mid-March, and I needed exercise myself, so I started taking him on longer walks.

"I couldn't believe how quiet and empty it was outside, and when I saw some of these huge sites, usually mobbed with people, entirely deserted, I started taking pics of him in front of them. It was so jarring seeing people-loving Farley in these vast empty spaces.

"It seemed very melancholy but also a reminder of how vibrant the city is at its best and how that vibrancy was missing. 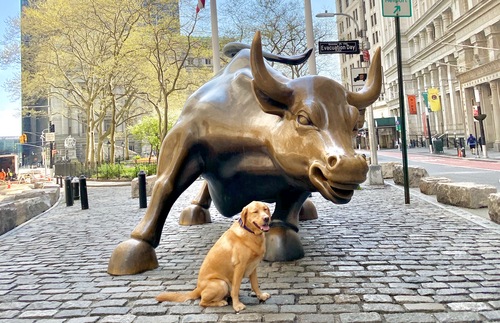 "I was texting the photos to friends who really responded well to them and it encouraged me to keep doing it. As time went on, I started making our walks purposeful and going farther afield to specific places that are meaningful to me—restaurants, theaters, Times Square, Central Park, Soho." 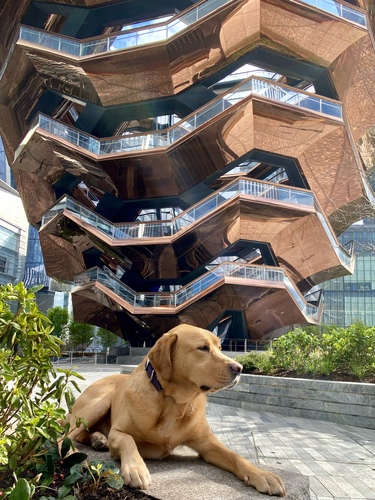 (Farley in front of Vessel at Hudson Yards; photo by Craig Karpel)

Farley made his Insta debut on April 16. Follow @farley_nyc to see more shots of him in a Manhattan on lockdown.