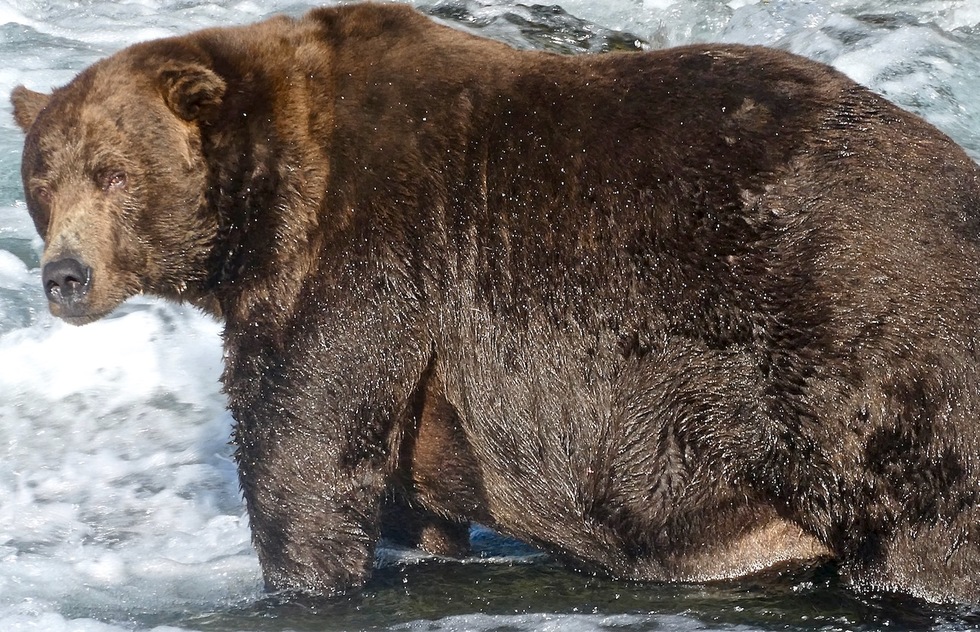 Weighing in at an estimated 1,400 pounds and appropriately sharing an identification number with the original jumbo jet, bear 747 has been declared the winner of Fat Bear Week at Katmai National Park and Preserve in southern Alaska.

The annual event, held this year from September 30 through October 6, recognizes achievements in the field of pre-hibernation bulking by the large population of brown bears residing in the park's Brooks Falls region.

Over the course of the weeklong, March Madness–style tournament, human fans voted for the chubbiest contestant in a series of head-to-head matchups at the event's official website, with winners advancing to later rounds until a heavyweight champ was chosen.

In the final bout, 747 outmatched and out-ate rival 32, aka Chunk, to take the title.

As the contest site's Howard Cosell-ish summary puts it, "747 fulfills the fate of the fat and fabulous as he heads off to hibernation."

The votes are in! You’ve crowned the Earl of Avoirdupois, bear 747, the 2020 Fat Bear Week Champion. No longer the runner-up, 747 fulfills the fate of the fat and fabulous as he heads off to hibernation.#FatBearWeek pic.twitter.com/NpyguJiZb4

According to the National Park Service, the bear's enormous size helps him dominate the best fishing spots, which certainly makes sense to us. We'd give this fella a wide berth at the buffet.

Park rangers also point out that since bears can lose up to one third of their body weight during the long months of hibernation, the fattest of the animals have the best odds of survival.