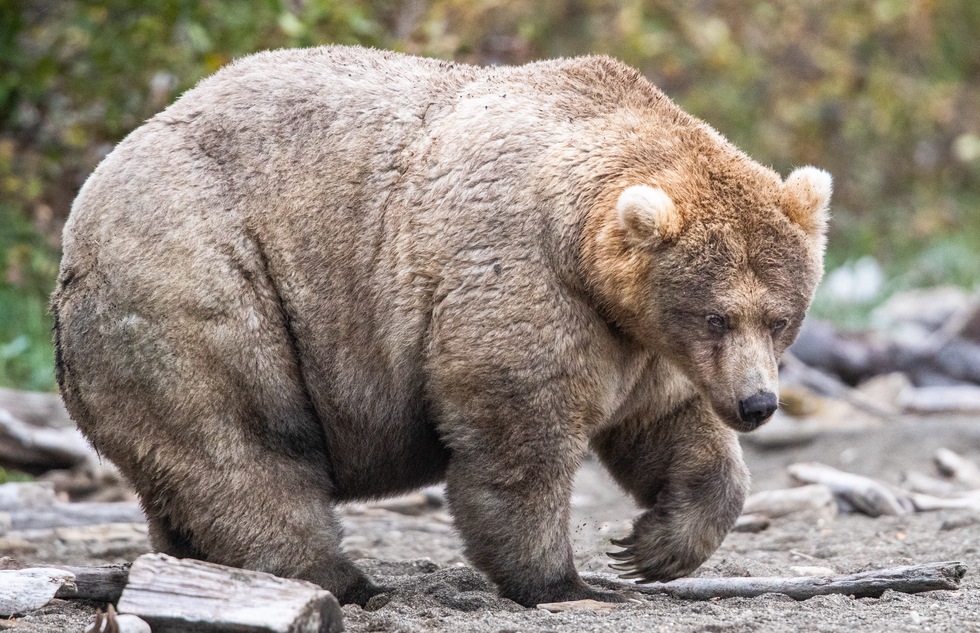 Fat Bear Week: The Election You Don't Have to Dread This Autumn

The NCAA's March Madness college basketball tournament didn't happen this year, and the Summer Olympics have been postponed to 2021. But at least one physical competition will proceed as usual in 2020: Fat Bear Week at Katmai National Park.

In the annual event, now in its sixth year, the Alaska preserve names the season's weight-gain victor among the brown bears that live in the park's Brooks River region. The beasts spend the summer filling up on salmon, berries, and other delicacies in preparation for hibernating through the winter. Explore.org's popular bear cams capture the action from June through early October.

The winner of Fat Bear Week is chosen not by tipping the scales but by earning votes submitted online by human fans.

During the single-elimination tournament, voters decide between roly-poly contestants in a series of head-to-head matchups that begin on Wednesday, September 30. After three rounds of voting, a champion chubster is declared on October 6, otherwise known as Fat Bear Tuesday. Check with your employer to see whether you get the day off.

Matchups will be open for voting from noon–10pm ET; that's 8am–6pm in Alaska. You can meet this year's contestants and vote at Explore.org's official Fat Bear Week website. There's even a tournament bracket available for download.

Last year's winner, a zaftig beauty named Holly (pictured above), is in the running again in 2020, but she could be toppled by past winner Otis or by a newcomer. Voters like you will decide.

According to the tournament website, packing on the pounds is vital for brown bears because they lose up to one third of their body weight during hibernation.