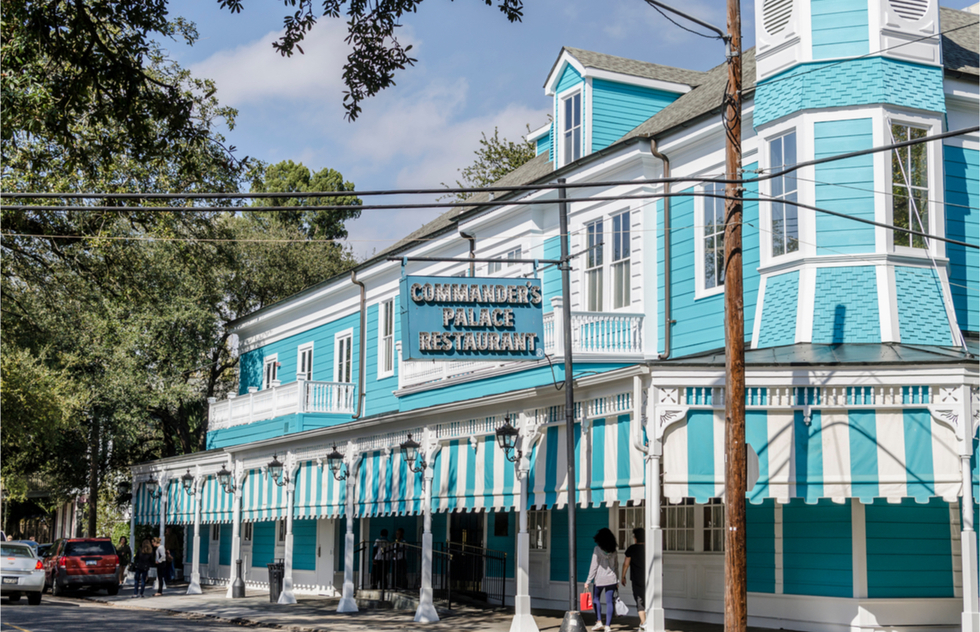 America's Favorite Destination Restaurants Are Being Saved by Cross-Country Delivery

We all have our madeleines, don't we?

I'm talking about the spongy little cookie that Marcel Proust turned into shorthand for any food that triggers memories. In his novel Remembrance of Things Past, the narrator dips a madeleine into a cup of tea and is immediately thrust into the past—a memory journey that lasts seven massive volumes.

Food is such a potent link that a business was created to serve foodie nostalgia. In 2013, the company Goldbelly made a splash by finding careful ways to ship some of the United States' most beloved regional specialties so they'd still taste fresh once they arrived.

During this no-travel coronavirus era, Goldbelly is serving another purpose: as a lifeline. In just the last month and a half, Goldbelly has added local treasures to its roster, most surprisingly the famed Commander's Palace (pictured) of New Orleans—a luxury institution that, let's just say, isn't known for delivery. The restaurant's turtle soup is now being shipped out, as is its spiced sugarcane lacquered quail, pecan pie, and cheesy garlic bread.

Commander's Palace is just one of the beloved eateries Goldbelly has started shipping for. Some of the country's most famous destination kitchens are on the menu.

You can get a cheesesteak from Pat's King of Steaks in Philadelphia, lobster rolls from the Clam Shack in Kennebunkport, Maine, bagels from New York's Ess-a-Bagel, muffuletta sandwiches from Central Grocery in New Orleans, the iconic pastrami sandwiches from Langer's Deli in Los Angeles, pepperoni pizza without having to wait in the down-the-block line from Prince Street Pizza in New York City, mouth-watering barbecue from several award-winning Southern joints, top-rated key lime pies from Florida, and much more.

Though it comes from a chain, a kit to re-create the Shake Shack burger and fries is one of the site's best sellers.

Prices are high for these special treats, but by buying them, you are helping to keep these treasured restaurants in business. Frank Olivieri, the owner of Pat's King of Steaks, told Bloomberg News, "If it wasn’t for Goldbelly, our doors would be closed."