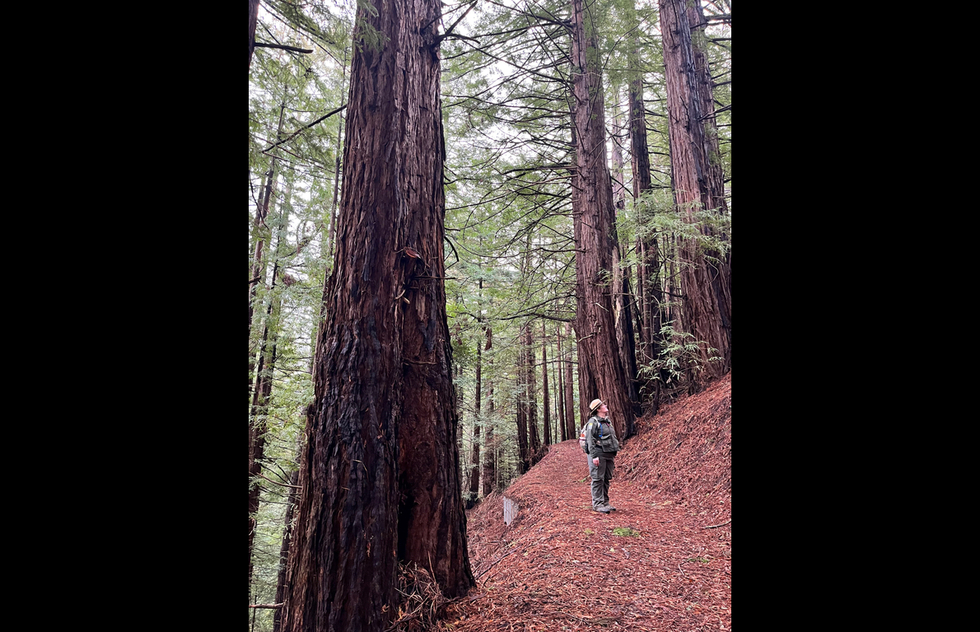 A newly opened hiking trail in the San Francisco Bay Area supplies a wide-ranging survey of California's scenic wonders, all within a manageable distance and on easily traversable terrain.

Located in the hills above the town of La Honda in the Santa Cruz Mountains south of San Francisco, the 1.3-mile Grasshopper Loop Trail, which began welcoming hikers earlier this month, circles through coastal grasslands, a working ranch, an oak grove, and a hushed forest of mighty redwoods. 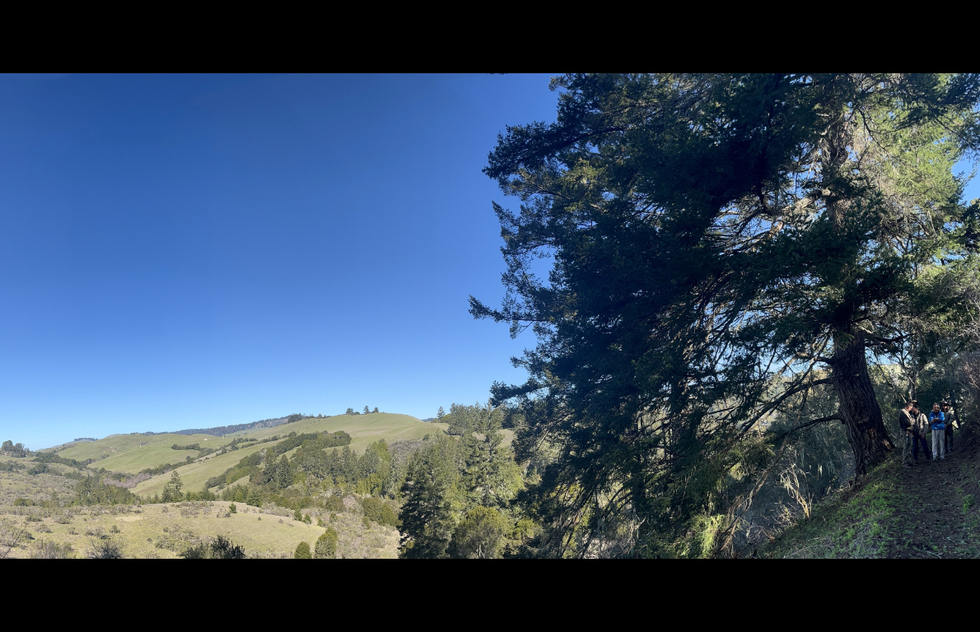 The trail is part of the 6,100-acre La Honda Creek Open Space Preserve, one of 26 sites managed by the Midpeninsula Regional Open Space District, which is marking its 50th anniversary this year. With the newest addition at La Honda, the organization's publicly accessible trails now cover a total of 250 miles throughout the Santa Cruz Mountains region.

The Grasshopper Loop Trail takes its name from two creatures inhabiting the preserve: the insect and the grasshopper sparrow, a grassland-dependent bird you may see and hear during your walk.

A press release from the Midpen Open Space agency suggests the trail's name also refers to the way visitors can "'hop' between multiple ecosystems over a short distance."

Another selling point, according to the San Francisco Chronicle, is that the new loop was designed to be fairly flat and wide, offering a much-needed option for casual hikers in a mountainous area where trails with steep descents are the norm.

The path is open to hikers and horseback riders year-round. Leashed dogs are welcome except from August 1 through December 15. That's calving season for those grazing cattle we mentioned earlier.

La Honda Creek Preserve, where the Grasshopper Loop Trail is located, is open to the public free of charge. Operating hours are from 30 minutes before sunrise until 30 minutes after sunset, 365 days a year.

For more information, go to OpenSpace.org.

And for more ideas on planning a visit to the Santa Cruz Mountains—a land of scenic forests, laid-back coastal areas, breweries, and the occasional Bigfoot sighting—consult our helpful overview of the region, which makes for an excellent side trip from San Francisco if you're looking for a less crowded alternative to Muir Woods National Monument or the Point Reyes National Seashore.