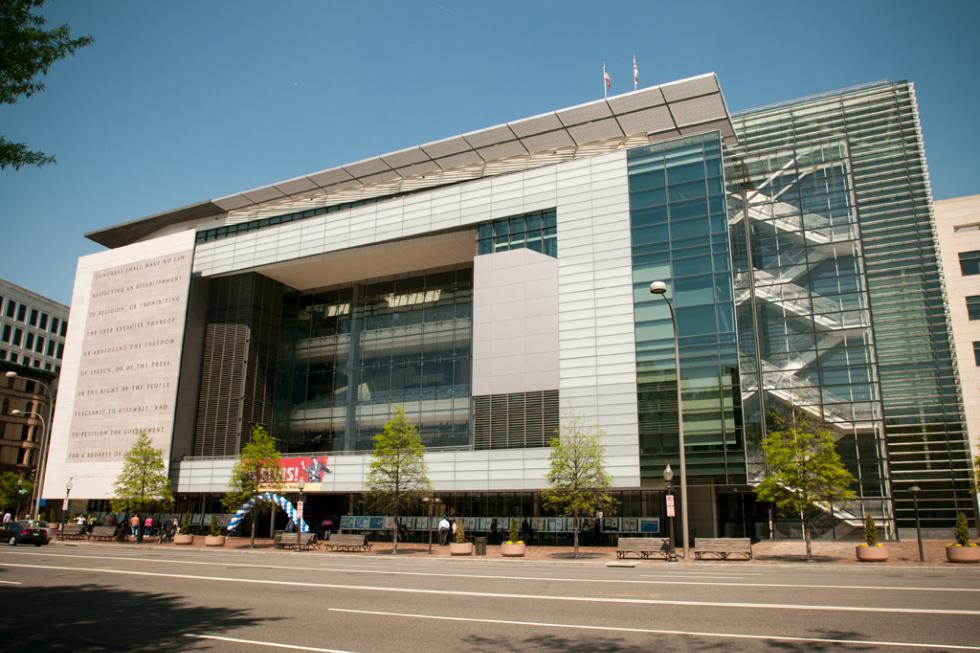 Just a little more than 10 years after unveiling a splashy new steel-and-glass building on Pennsylvania Avenue in Washington, D.C., the journalism-focused Newseum has announced it will close to the public in January 2020.

The site opened in 2008 with much fanfare and much high-flown talk of preserving the Fourth Estate as print news organizations struggled to adjust to the digital age.

The Newseum, which had previously been based in Rosslyn, Virginia, before moving to D.C., instead embraced digital technology, installing interactive multimedia displays to go alongside newsworthy artifacts such as a section of the Berlin Wall and a gallery of Pulitzer Prize-winning photographs.

But the museum's primary backer, the nonprofit Freedom Forum, never recovered from the huge amounts of debt stemming from the building's $477 million price tag, and the 2008 recession only made matters worse.

In an uncanny mirroring of what has been happening in financially strapped newsrooms across the country, the Newseum began slashing jobs and cycling through highly paid chief executives, as detailed by the Washington Post.

Steep admission prices—currently $24.95 for adults—didn't help, and, in fact, might have hurt, since visitors can tour the city's National Air and Space Museum, the National Museum of Natural History, and other Smithsonian institutions for free.

The Freedom Forum finally sold the Newseum building to Johns Hopkins University in January. When the facility closes, the collection will go into storage, and some loaned pieces will return to their owners.

Even while acknowledging the museum's questionable management and other problems (including a tendency toward pop-culture gimmickry over hard news), it's dispiriting to see a monument to the First Amendment go under, especially at a time when the occupant of the White House calls the media the "enemy of the people."

But you still have almost a full year to make it to D.C. and pay your last respects.

According to Frommer's EasyGuide to Washington, D.C., highlights of the 7-floor, 15-gallery space include a moving collection of videos and mangled relics from September 11, high-profile FBI evidence such as the shack where Unabomber Ted Kaczynski hid out, hundreds of front pages from historic news days, and a memorial to journalists killed while doing their jobs.

Our roundup of other worthwhile museums in D.C. should help you fill up the rest of your time in the nation's capital.