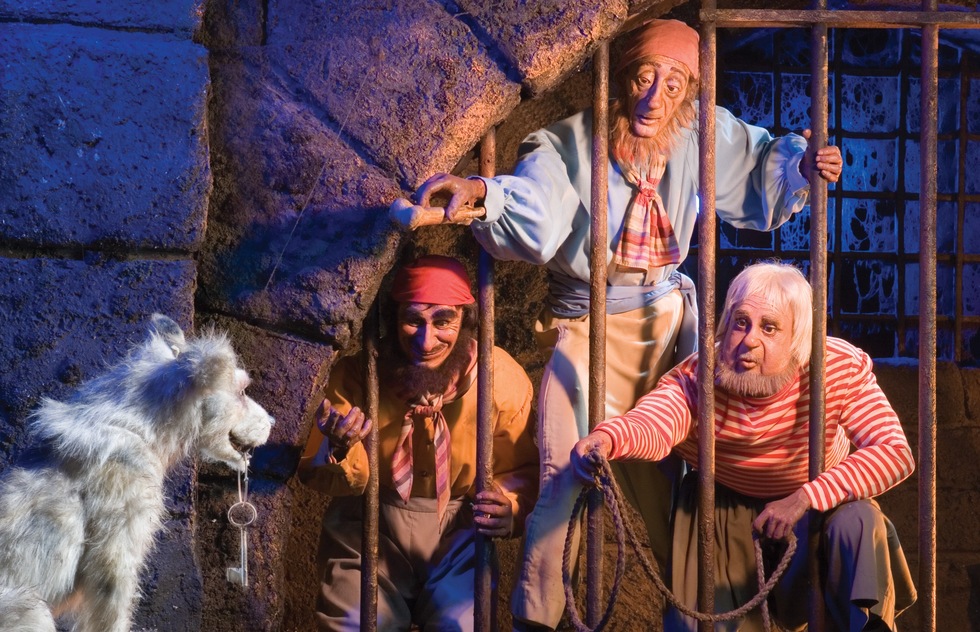 Disneyland Plans to Reopen in July on Its 65th Birthday

Update, June 24: Disneyland Resort has postponed the planned July 17 reopening for its two theme parks, and it has not yet set a new date. “The State of California has now indicated that it will not issue theme park reopening guidelines until sometime after July 4,” a Disney statement said. “Given the time required for us to bring thousands of cast members back to work and restart our business, we have no choice but to delay the reopening of our theme parks and resort hotels until we receive approval from government officials.” California reported a record number of new Covid-19 infections on June 24.

The last Disney park in the U.S. to return will be the one that started it all.

Disneyland in Southern California has announced its reopening plan. On July 17, both Disneyland and Disney California Adventure are slated to return to operations after more than four months of darkness.

July 17 is no ordinary date in Disney lore. It was the first day of public operations for the theme park in 1955. The grand opening was so infamously messy that insiders called it Black Sunday: Guests' heels sank into wet asphalt, weight-imbalanced kiddie rides lurched backward and did wheelies, vendors ran out of food, and drinking fountains were inoperative. Traffic was so snarled due to a wave of counterfeit tickets that children were going to the bathroom in the parking lot.

At least on July 17, 2020, the park's 65th birthday, Disney will have had the advantage of prior reopenings in Shanghai and Orlando to help form protocols. Like Walt Disney World and Universal Orlando before it, Disneyland will operate under new health and safety rules.

The biggest one: Everyone, including passholders, must make a reservation to enter because capacity at the cramped park will be curtailed to enable better social distancing. The mechanism for securing a booking has not yet been announced.

As at Walt Disney World, parades and evening spectaculars like Fantasmic! and World of Color will be shelved for the time being, as will face-to-face greetings with costumed Disney characters. We can also safely assume that the use of FastPass (which at Disneyland is called MaxPass) will also be suspended for the time being, and mobile order capabilities through the Disneyland app will be expanded.

Downtown Disney, the resort's shopping-and-dining district, begins its phased reopening on July 9, and two of the property's three hotels, Disney’s Grand Californian Hotel & Spa and Disney’s Paradise Pier Hotel, plan to open July 23. Disneyland officials did not say when the flagship Disneyland Hotel will join them.

In Florida, Disney has been practicing social distancing even in parking lots by placing cars in every other space. A similar system is expected to be in force for Disneyland's recently expanded 16,500-space garage complex.

Disney California Adventure park had intended to open a new land, Avengers Campus, in mid-July, but coronavirus-related construction delays had already postponed that debut to a still-unannounced date.

Get ready for Disneyland's return with our photo feature that tracks down the many artifacts from Disneyland's past and present that are hidden in plain sight around the park.

For our detailed advice on how to see the Star Wars: Galaxy's Edge section of Disneyland, check out our full coverage here.

Pictured above: Pirates of the Caribbean, Disneyland 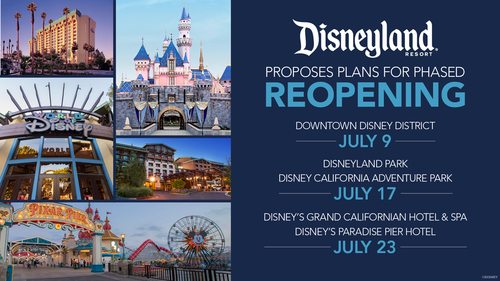