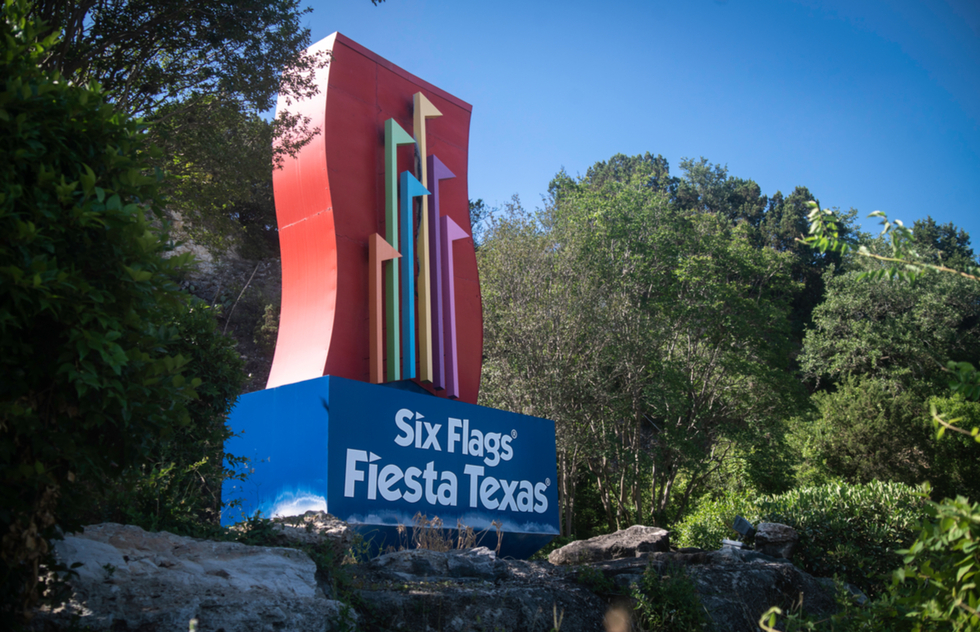 Outside of Florida and Southern California, where the weather allows theme parks to stay open year-round (provided there's no plague on), the standard operating procedure at most parks goes like this:

Open in spring, rake in the business during summer vacation, capitalize on childhood's high holy days of Halloween and Christmas with special events in the fourth quarter, and then go into hibernation till spring break.

But this year, more theme parks are staying open in January and February in locations across the country, including Texas, Virginia, and even Pennsylvania.

Six Flags executive Bonnie Sherman Weber told USA Today the trend toward a four-season model has to do, in part, with the pandemic.

"With Covid, people are craving to get out," she said, "and Six Flags has a safe, outdoor environment conducive to social distancing." Plus, people aren't working traditional schedules right now, she added, and therefore have more flexibility when it comes to penciling in roller coaster time.

Sure, okay. But doesn't it seem more likely that theme park operators are keeping Tilt-A-Whirls a-whirling in the thick of winter as a way of making back some of the revenue lost due to closures and decreased visitation numbers caused by the pandemic?

Six Flags parks in northern locales are sticking with the usual spring opening dates. Lingering outdoors in the Chicago suburbs in February is apparently not the kind of thrill that fans of thrill rides crave.

And in California, all theme parks remain closed awaiting approval to reopen from the state. The only exceptions are drive-through attractions, such as the holiday light display at Los Angeles County's Six Flags Magic Mountain, which will continue twinkling through January 31.

But both of the Six Flags parks in Texas—Six Flags Over Texas near Dallas (average February temperature: 51°F) and Six Flags Fiesta Texas in San Antonio (55°F)—will be open on weekends (Saturday and Sunday) through February 28 and on Presidents Day, Monday, February 15.

Not every attraction that normally operates in peak season is open for off-season guests, but parks are finding ways to compensate. The Dallas Six Flags is basically extending its holiday event—with light displays, fireworks, sledding, and ice skating, in addition to most of the rides operating—and calling it the Fire and Ice Winter Festival (no relation to Game of Thrones).

The Six Flags in San Antonio, meanwhile, is throwing a Mardi Gras celebration on weekends. In between rides, visitors can listen to jazz music, eat Cajun food, and worry about cultural appropriation in a voodoo-themed haunted attraction.

Mardi Gras is also the excuse SeaWorld San Antonio is using to open on weekends and other select dates in February. Likewise for the SeaWorld-owned Busch Gardens Williamsburg in Virginia (average February temperature: 41°F). Open with limited hours Friday–Sunday, the Williamsburg park is also planning a monthlong St. Patrick's Day event in March.

Company reps told USA Today they were considering switching to a year-round schedule before the pandemic and will likely stick with it after the crisis ends.

Finally, Sesame Place, an amusement park for young fans of Bert and Ernie et al., is welcoming guests for the first time in January, February, and March with a weekend event called Elmo's Furry Fun Fest. Among the furry, frosty fun to be had: a dance party, scavenger hunt, s'mores making, and a parade.

The park is located in Bucks County, Pennsylvania, outside Philadelphia (average February temp: 38°F), so we're guessing even Shelley the Turtle doesn't dawdle along the parade route.