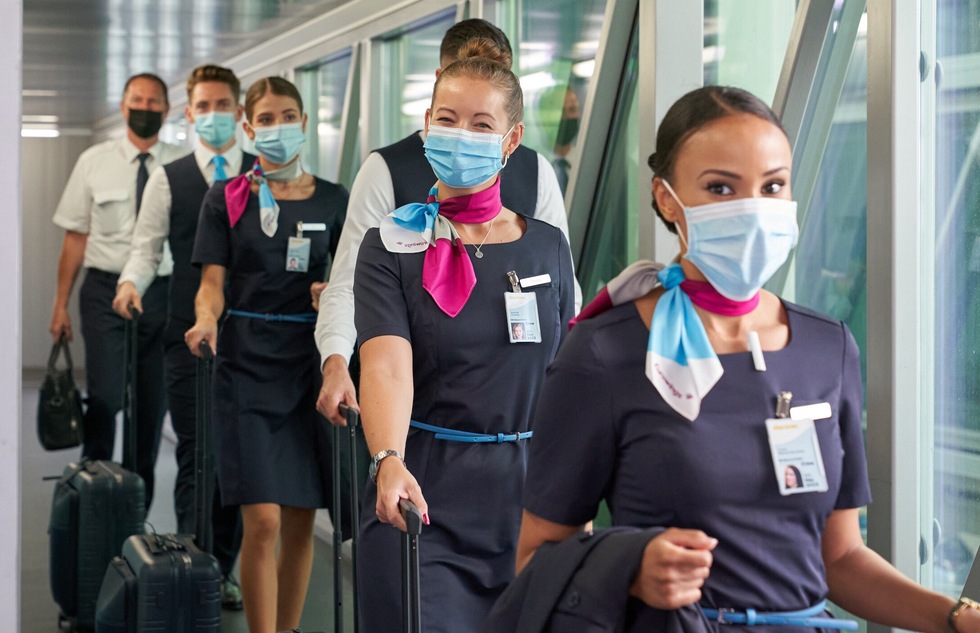 UPDATE, May 18: As explained below, the European Union has dropped its requirement that air travelers wear masks on planes and in airports across the 27-nation bloc. However, individual member states may choose to keep their mask mandates on planes anyway.

Rules are likely to change in the coming weeks, so if you're planning to travel in Europe it's wise to check in advance the regulations of the countries you'll be visiting and the airlines you'll be flying with.

In other words, don't trash your mask stash just yet.

Starting next week, passengers at airports and on planes in the European Union will no longer be required to wear masks.

The 27-nation bloc is dropping the requirement as of Monday, May 16, according to a joint announcement from the European Union Aviation Safety Agency (EASA) and the European Centre for Disease Prevention and Control (ECDC).

The agencies are making the change to their Covid-19 Health Safety Protocol, they said, in response to the "levels of vaccination and naturally acquired immunity [in Europe], and the accompanying lifting of restrictions in a growing number of European countries."

In a statement, EASA executive director Patrick Ky described the development as a "big step forward in the normalization of air travel" for passengers as well as air crews, while recommending that "a passenger who is coughing and sneezing should strongly consider wearing a face mask, for the reassurance of those seated nearby.”

The agencies point out that while the EU-mandated mask rule is going away, airlines may continue to require masks on flights to and from destinations that still have mask mandates in place. That will be up to each airline, though.

And the agencies continue to advise passengers who are vulnerable to the virus to wear masks during air travel regardless of the rule change.

The Associated Press reports that the EU's mask mandate for air travel has been in place for about two years. Its removal comes in the wake of many European countries lifting other pandemic restrictions due to a decline in the severity of the Covid-19 crisis in recent weeks. France, for example, plans to lift its mask requirement on public transit systems such as trains and buses on Monday as well.

In the United States, where masks in the skies have been a far more contentious issue, the requirement to mask up on planes, trains, buses, and terminals was removed last month when a federal judge overturned the requirement and the Transportation Security Administration declined to press the issue.

Though mask-wearing is no longer required, however, the U.S. Centers for Disease Control and Prevention recommends all travelers over the age of 2 continue "properly wearing a well-fitting mask or respirator over the nose and mouth in indoor areas of public transportation (such as airplanes, trains, buses, ferries) and transportation hubs (such as airports, stations, and seaports)."