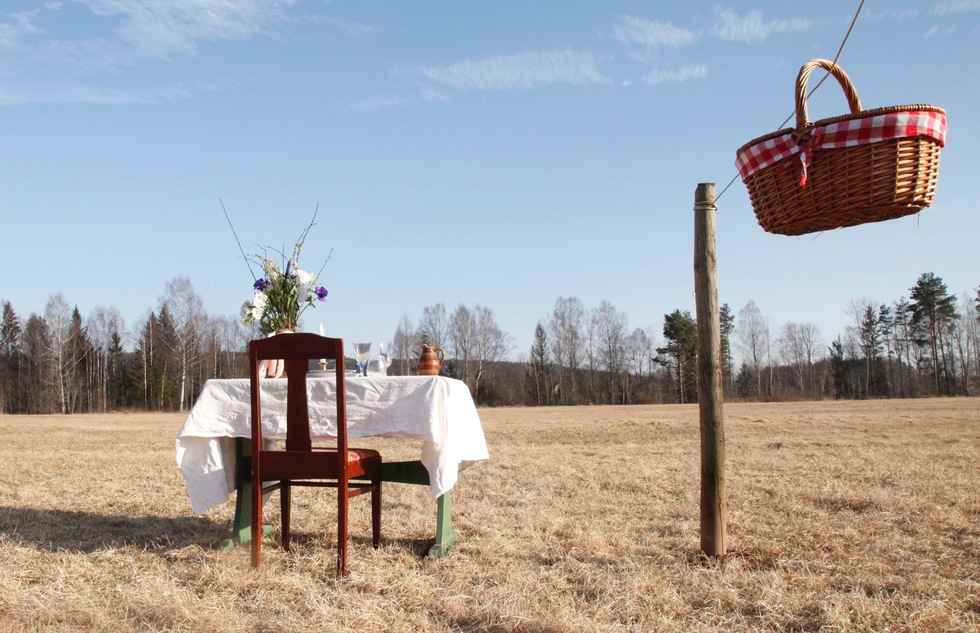 Extreme Social Distancing: Restaurant for One Opens in Swedish Meadow

You don't have to worry about sitting too close to other diners at a new restaurant in Sweden.

The restaurant's name, Bord för En, translates to Table for One, and it's just that: one table for one diner in the middle of a field.

There are no waiters. The preset menu's three courses arrive in a picnic basket from the kitchen window (about 50 yards away) via a rope-and-pulley system.

The restaurant, which is based in the small town of Ransäter in western Sweden's Värmland County, was dreamed up by couple Rasmus Persson and Linda Karlsson.

They say the inspiration for the concept had to do with promoting safe social distancing and combating the perceived social awkwardness of dining alone.

The cost is pay-what-you-can, and only one guest will be served per day so that the owners can thoroughly sanitize everything between seatings. Safety is the top priority.

Bord för En welcomed its first guest on May 10. All reservation slots for the rest of the month have already been taken, but there are still dates available in June and July.

The current plan is to end the project on August 1, but Persson and Karlsson say they're considering extending the experience and adding performance elements such as a concert in the woods. Presumably, the sole audience member won't have to supply the music.

Unlike other parts of the world, Sweden has not put its residents under strict lockdown during the global pandemic, even allowing many restaurants and nightclubs to remain open, albeit with social distancing restrictions. (That experiment has resulted in a high infection rate.)

But like the rest of Europe, Sweden remains closed to international travelers outside the EU and has not yet announced a plan to reopen.