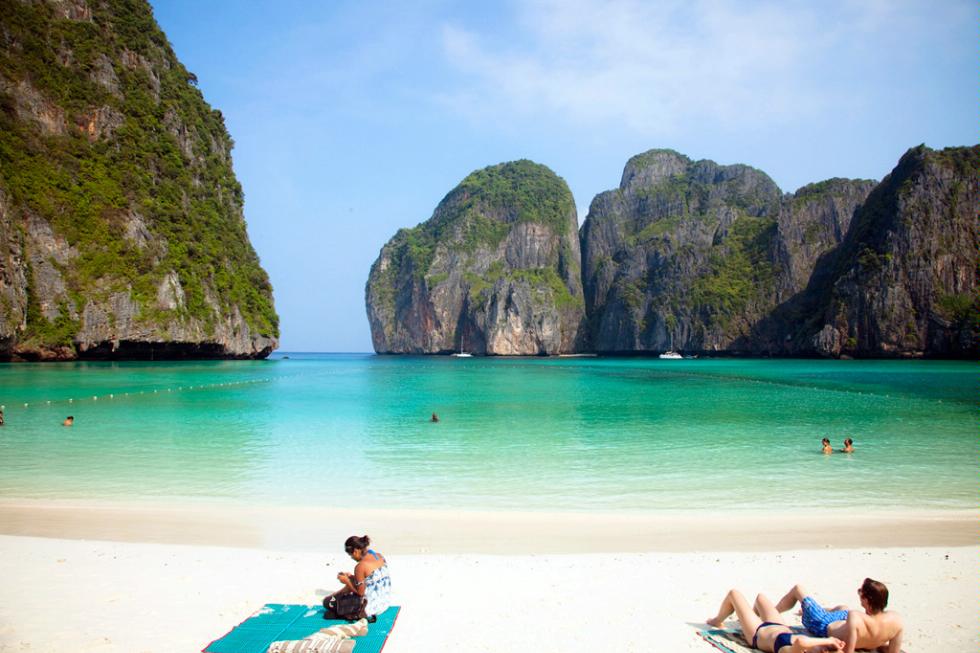 Thailand's Maya Bay is so pretty it played the paradise sought by Leonardo DiCaprio's character in the 2000 movie The Beach.

But tourists will have to stream that film—fair warning: it's terrible—to lay eyes on Maya Bay this summer. Authorities are closing the beach to visitors from June to September in an effort to combat environmental damage caused by over-tourism.

The fame that has resulted from Maya Bay's starring role—along with the relative ease with which the spot's home island, Koh Phi Phi Leh, can be reached by boat from busy Phuket and Koh Phi Phi—has caused enormous harm to the area's ecosystem, especially the underwater parts. (Actually, the destruction began during filming, when director Danny Boyle and crew bulldozed trees and sand dunes in an effort to create scenery that improved on nature.)

Like the true celebrity it has become, the beach is now mobbed by fans, receiving up to 5,000 visitors each day. Their boat anchors, beachfront hotels, and plastic waste have destroyed 77% of the coral reefs in Thailand's waters, according to German public broadcaster Deutsche Welle. It's hoped that the summer-long breather will help to preserve what remains of the marine environment.

Thai officials have previously enacted temporary closures of other islands, but this is the first time Koh Phi Phi Leh has been affected.

June to September falls within the slow season for the region, which typically receives the most vacationers from November to April.

Some environmentalists argue that the closure doesn't go far enough and should be made permanent. But that seems unlikely at this point, given the economic impact of Thailand's 35 million annual tourists.