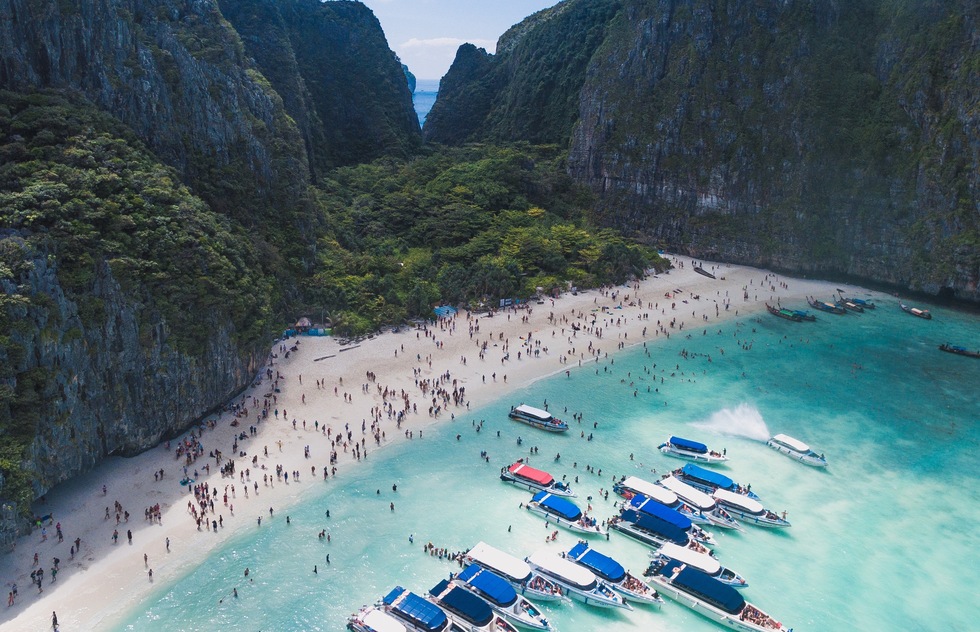 Thailand's Maya Bay, which played the titular locale in the 2000 Leonardo DiCaprio movie The Beach, is currently closed to tourists and will remain that way until at least 2021.

Officials first banned visitors from the scenic scoop of sand on the island of Koh Phi Phi Leh during the summer of 2018. The idea was to give the natural environment, particularly fragile underwater corals, a chance to recover from the onslaught of up to 5,000 vacationers per day.

Converging on the beach en masse via boats from nearby Phuket and other popular areas, tourists have been known to leave plastic waste, touch corals, and wear harmful sunscreens, thus speeding the deterioration of the bay's ecosystem.

Originally, the beach was set to resume allowing visitors in the fall. But now the country's Department of National Parks, Wildlife, and Plant Conservation has extended the bay's convalescence to June 2021.

But even then a full reopening isn't assured. According to news reports, government officials say they'll reassess the situation at that time and decide whether Maya Bay is once again ready to shoulder the burdens of fame.