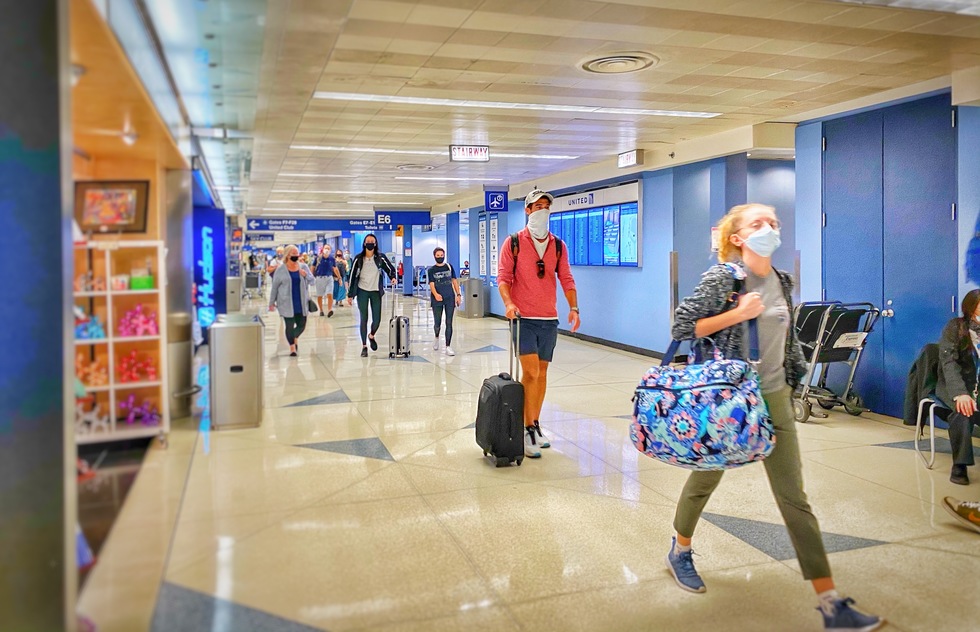 Flyers Pretend to Eat to Avoid Masking Up, So United Changed the Rules

One thing that has been unmasked in recent months is just how sneaky Americans are willing to be to get around the rules for face coverings.

The issue came to the fore in July when staffers at Walt Disney World noticed that some visitors were wandering around maskless for hours, carrying an open beverage so they could say they had an excuse for flouting the policy. To stop that behavior, Disney announced that guests would not be allowed to eat or drink on the move.

The airlines have had a similar problem with flyers taking off masks during meal service and not putting them back on. On some flights, people have placed uneaten food on their tray tables so they could have an excuse not to put on masks.

United Airlines has decided to attack the problem directly by updating their rules around eating and drinking late.

The airline's revised contract of carriage, available on its website, reads: “While you can remove your face covering briefly to eat or drink, you must immediately put it back on afterward. . . . Otherwise, travelers are expected to wear their face coverings for their entire flight and while in the airport.”

Will flight attendants be able to police this new expectation? We'll see.

As for Disney, it will be interesting to find out what that company does now that Florida’s governor has removed all Covid-19 regulations in the state. Disney released the following statement after the governor’s announcement: “We received the Governor’s executive order and are evaluating it to determine what it may mean for our business. We are not making any immediate changes. As a reminder, face coverings are still required at Walt Disney World Resort.”