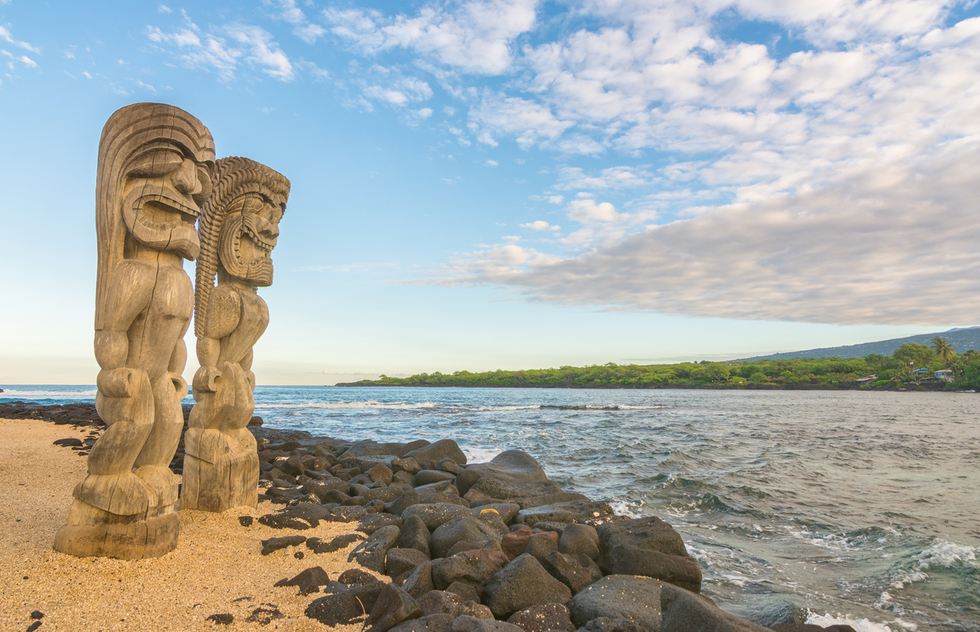 Hawaii, which saw a 168% rise in Covid-19 cases between July 26 and August 8, is cracking down before the islands' medical system becomes overwhelmed.

In a social media post on Wednesday, Hawaii Gov. David Ige announced that two visitors from the U.S. mainland were arrested by state authorities for allegedly trying to pass off fake proof of vaccination.

Police "made the arrests following up on a tip from a community member," wrote Ige, who promised that his state's attorney general "will investigate and prosecute those who cheat the Safe Travels program, which was established to keep our islands safe." 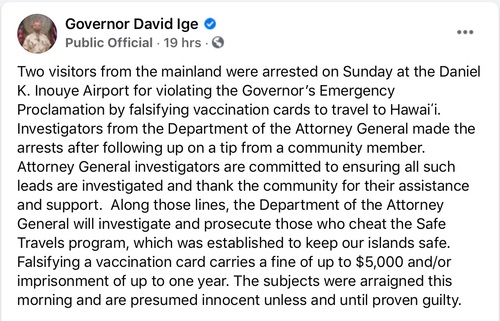 Although Gov. Ige did not indicate that he intends to tighten Hawaii's entry protocols, he did express an eagerness to prosecute: "Falsifying a vaccination card carries a fine of up to $5,000 and/or imprisonment of up to one year," he wrote.

Honolulu-based TV station KHON reports that despite the news headlines, so far Hawaii police have not seen a spike in this type of forgery—and they don't want there to be one, which is why the state government is being aggressive with penalties.

"According to Honolulu police, in some situations, it could be considered tampering with a government record," KHON reports.

On the federal level, the FBI also counts the falsification of Centers for Disease Control vaccination cards as a crime that could result in fines of thousands of dollars and even prison time.

Hawaii isn't the only place cracking down on deceitful tourists. Last week, Canada fined two Americans nearly US $16,000 each for faking their proof of vaccination, dodging the country's required Covid-19 test, and skipping out on the mandated quarantine.

Fake vaccination cards are sold in the shadier corners of the internet for about $25. Actual vaccination is free.

If you have been legitimately vaccinated and want a second level of proof beyond the standard CDC card, many (but, in the U.S., not all) health providers also issue QR codes for validation. To learn how to obtain your own QR code retroactively to store on your smartphone, see our guide to getting proof of vaccination for travel.