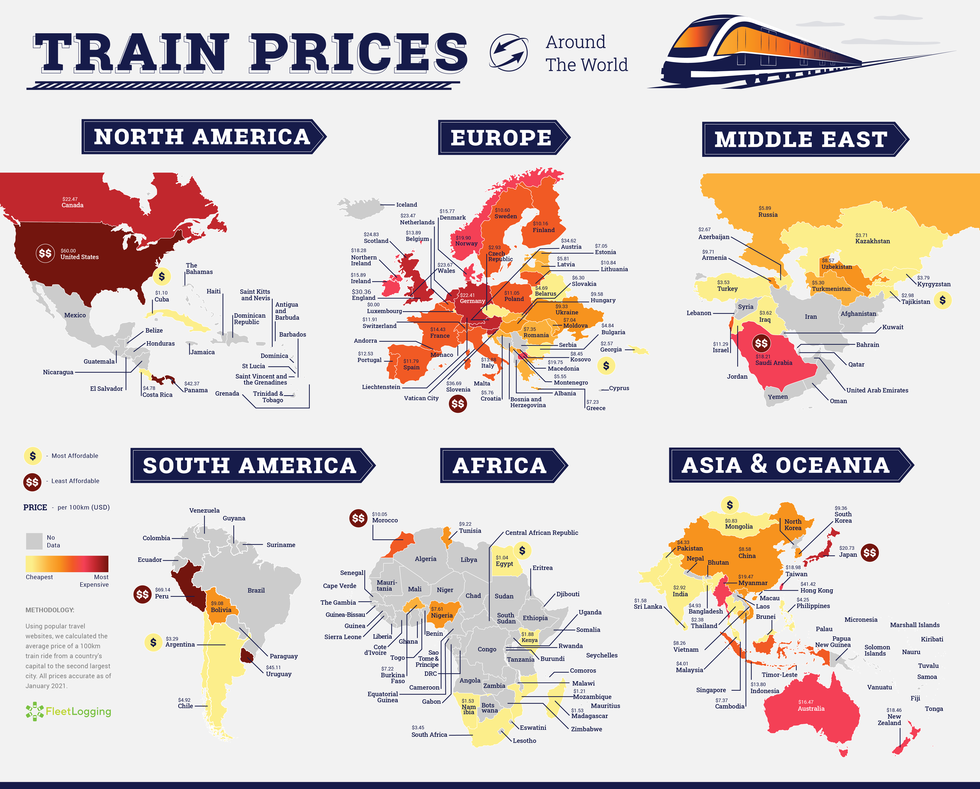 Thailand has the world's most affordable domestic transportation prices overall while Denmark has the most expensive, according to a newly released analysis of plane, train, and bus tickets across the globe.

Transportation-focused tech company Fleet Logging came up with its Transport Price Index by calculating the average cost of domestic flights, train trips, and bus rides in scores of nations using popular travel websites such as Skyscanner. In the case of plane tickets, researchers considered flights between each country's first and second-most populous cities; rail and bus routes were selected for destinations 100km (about 62 miles) from each country's capital city.

The goal was to calculate the price in U.S. dollars of each mode of travel per 100km in any given nation.

The results, presented in tables and illustrated maps, can be a helpful trip-planning tool, particularly when it comes to budgeting for multiple stops within one country. 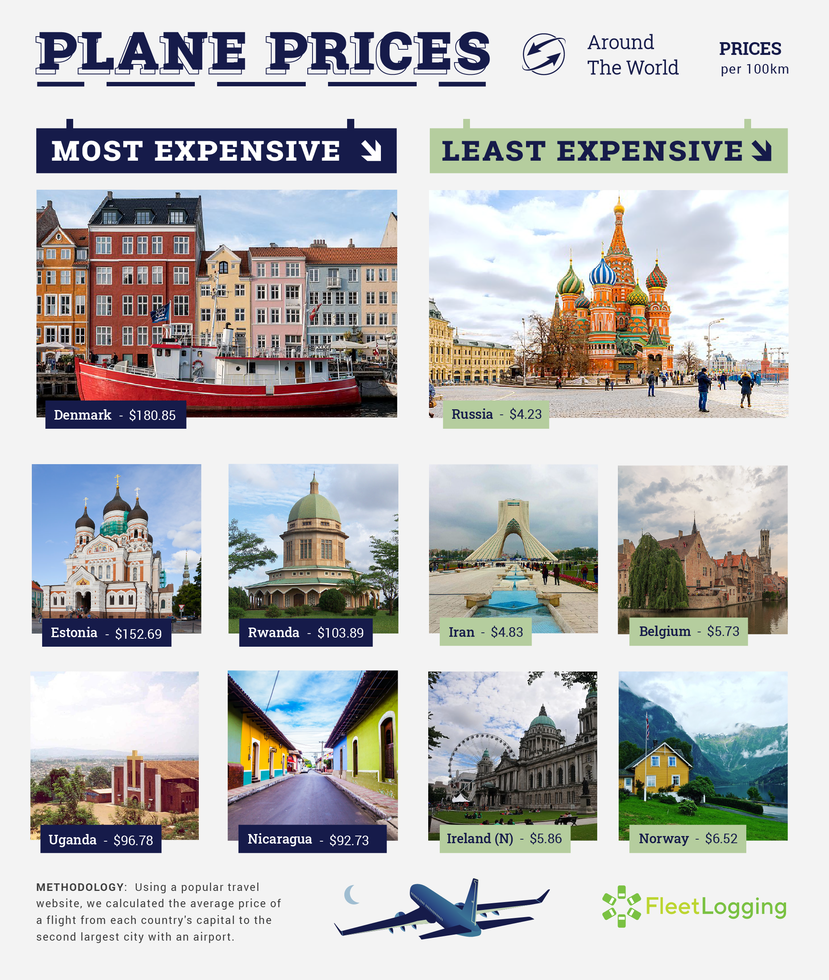 A destination's cost of living can be deceiving. Expensive Norway, for instance, has some of the world's cheapest domestic airfare ($6.52 per 100km), owing to the budget airlines that dominate there (though those carriers are currently having money woes).

That doesn't mean, however, that low airfare is a trans-Scandinavian phenomenon: Nearby Denmark has the most expensive domestic flights, with travelers charged an average of $180.85 for every 100km.

That's a far cry from the most affordable domestic flights in the study, which are in Russia—where you can get from Moscow to St. Petersburg for just $27, or $4.23 per 100km.

The country with the highest rail rates, according to the study, is Peru ($69.14 per 100km), followed by the United States ($60), where inadequate government funding forces Amtrak to charge more than in other countries.

Though it lacks long distances, tiny Luxembourg was named cheapest for both train and bus routes owing to the country's decision to make public transport free in 2020.

A heat map showing rail prices around the world can be seen at the top of this post; click here for a closer view. Several countries, particularly in Africa and South America, aren't represented on the map due to a lack of data.

To see larger versions of the charts and the full breakdown of price comparisons, visit FleetLogging.com.