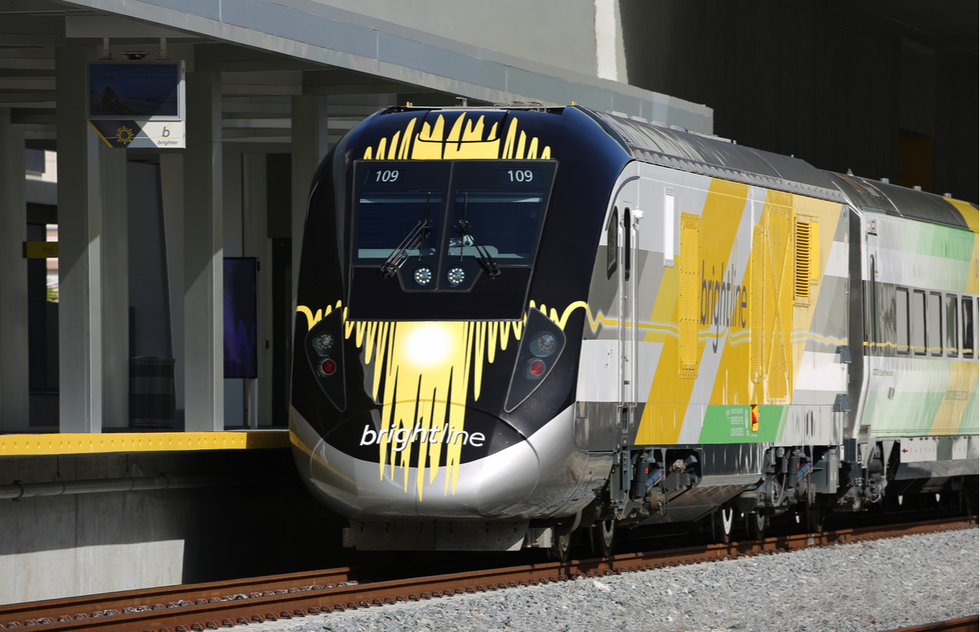 The possibility of a car-free Florida vacation just rolled a little closer to reality.

Brightline, which currently operates high-speed rail service connecting Miami, Fort Lauderdale, and West Palm Beach, has announced that, in the not-too-distant future, trains will zip between Miami's busy cruise port and Orlando International Airport. From there, Walt Disney World and Universal Orlando are both less than 20 miles away—a distance that can be covered by shuttles or rental cars. A future Brightline station at Disney World has been rumored but not announced.

Brightline—soon to become Virgin Trains USA, now that Virgin Group has invested and gobbled up the branding rights—estimates that the Miami-Orlando service will take about 3 hours one-way, shaving as much as an hour from the driving time, depending on traffic.

Rail would provide another, more climate-friendly way to link two of the state's tourism behemoths: PortMiami, which saw more than 5 million cruise passengers in 2018, and Orlando—one of the country's most-visited destinations.

But there's still some work to do. Brightline says that its PortMiami station will open in 2020, but the company still needs to install 170 miles of new track in the partially empty land between Orlando and West Palm Beach. The whole thing is expected to be finished in 2022.

According to the Associated Press, plans are underway for additional stations in Aventura and Boca Raton. It was a condition of the deal that no other cruise port will be served by the trains for at least 10 years after opening, which would leave out South Florida's other major cruise embarkation point, Fort Lauderdale.