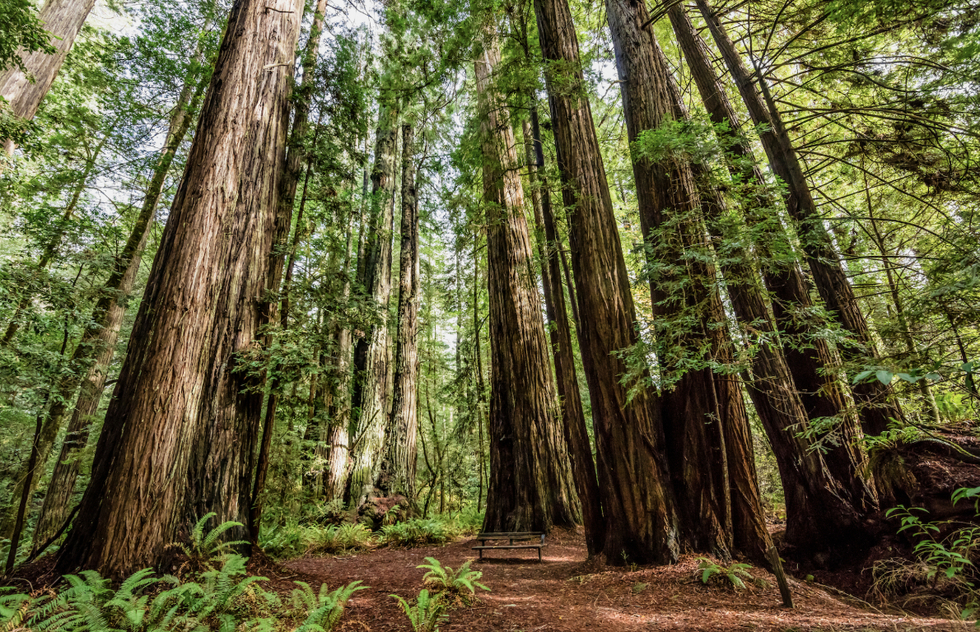 Hiking to the World’s Tallest Tree Could Get You a $5,000 Fine, Jail Time

A fine of $5,000 and up to 6 months in jail await those who attempt to hike to the world's tallest tree, the National Park Service has announced.

Dubbed Hyperion, the coast redwood stands at a height of more than 380 feet in a remote area of Northern California's Redwood National Park.

The tree has been growing for an estimated 600 to 800 years, but things didn't get complicated until 2006, according to the Associated Press, when the tree was "discovered" by two amateur naturalists.

All the attention from tree fans eager to see the celebrity in the flesh—er, bark—has wreaked havoc on the surrounding forest, an off-limits portion of the park that cannot be accessed by any designated trails and must therefore be reached by illegally bushwhacking through dense vegetation.

As a result, rangers have observed signs of habitat destruction, including trampled plants, harmful soil compaction, and garbage left behind by ill-advised trekkers.

They aren't just putting the forest at risk, either. The tree's location deep in the woods has only spotty GPS coverage and no cell phone reception, making any potential rescues difficult to carry out.

The park hasn't installed a trail to the spot because that would be expensive to build and maintain, especially given that Hyperion won't be the tallest tree forever. It's only a matter of time before another tree reaches a greater height. Redwoods are always growing, after all, not to mention losing inches due to wind damage and lightning.

This isn't one of those world records you expect to last for a while, like, say, "Longest Human Tunnel Traveled Through by a Skateboarding Dog" (achieved by Otto the bulldog while passing under the spread-out legs of 30 humans in Lima, Peru).

Seeing Hyperion in real life isn't as awe-inspiring as witnessing that feat must have been, either.

The tree's trunk is small in comparison to many other old-growth redwoods, according to park officials, and you can't get a good idea of the height from ground level.

“This tree is not really that incredible," Leonel Arguello, Redwood National Park's chief of natural resources, told the Los Angeles Times. “Basically, when you’re there, you see the lowest branch, and that’s it. It’s a lot of hard work for very minimal payoff.”

So to review: Hiking to the tree is dangerous for you and bad for the environment, could cost you $5,000 and land you in jail, and your pics won't even be any good.

Trust us: You are better off hitting some of the hundreds of miles of designated trails at Redwood National and State Parks, such as the hike to Tall Trees Grove (pictured above; online permit required), where you can safely and responsibly feast your eyes on all sorts of spectacular arboreal scenery.

Other rewarding—and legal!—routes for getting bowled over by redwood majesty are available from Big Sur to the Oregon border, whether you're looking for an easy stroll in the Santa Cruz Mountains or an elevated walkway suspended high above the forest floor in Eureka.

We guarantee you'll be impressed, and you won't hurt yourself, the trees, or your bank account.