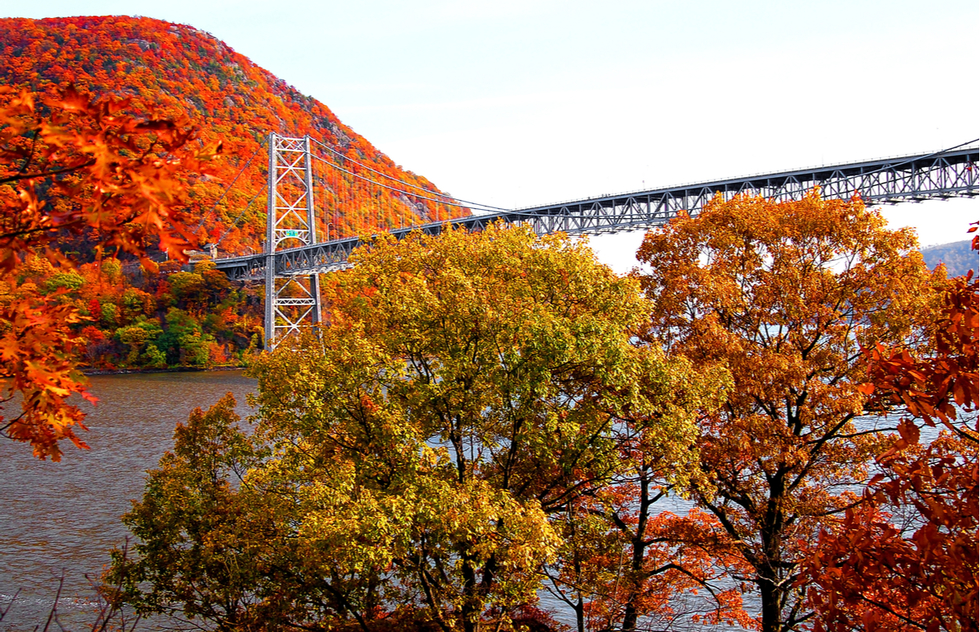 How to Track Fall Foliage in New York State

Though not as ballyhooed as New England's autumnal displays, the fall foliage in New York State is nothing to shrug at.

From late September through mid-November, woodsy areas such as the Catskill and Adirondack mountains in the eastern part of the state, the Finger Lakes in the north, and the Hudson Valley (where you'll find Bear Mountain State Park, pictured above) north of New York City all turn vivid shades of red, gold, and orange.

Even Manhattan's Central Park has rewards for leaf peepers—or have you forgotten When Harry Met Sally...?

An essential resource for planning a trip to feast your eyes on the state's autumn leaves is the weekly Fall Foliage Report maintained by the official tourism office, I Love NY.

Compiled from eyewitness accounts that are filed by volunteers across the state, the report provides travelers with detailed forecasts, observations, and photos, as well as a color-coded map showing which regions are at, near, or past peak color.

To get the report delivered directly to your email each week, sign up for I Love NY's fall foliage newsletter. It should appear in your inbox every Wednesday from the middle of this month through the second week or so of November.

If you're a New York resident, you can apply to help assemble the report each week as an Official Leaf Peeper. It's a volunteer role, but your photos could be featured on I Love NY's social media accounts, which reach nearly 2 million people. Read up on what the gig entails at the tourism bureau's website.