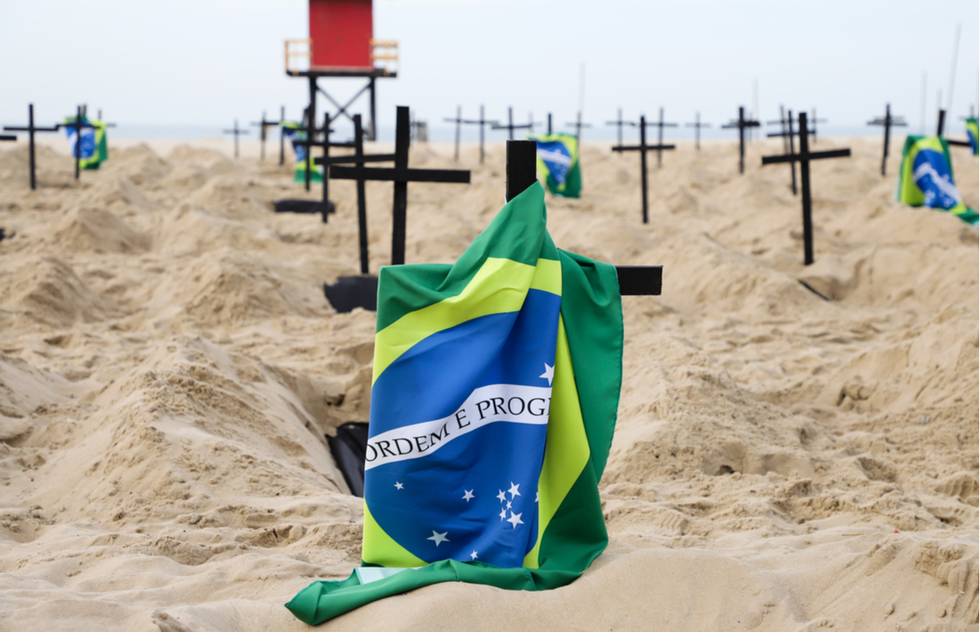 Is Brazil Nuts? Amid a Covid-19 Surge, It Reopens Tourism

In a move that feels downright Floridian, the government of Brazil reopened the borders to international tourists on the same day the country reported single-day records for coronavirus deaths and infections.

According to figures compiled by the New York Times, there have been more than 2.7 million confirmed cases of the virus in Brazil and more than 94,000 deaths—only the United States has been hit harder.

Nevertheless, the government of Brazilian President Jair Bolsonaro, who has repeatedly downplayed the disease even after testing positive for it earlier in July, decreed on Wednesday that tourists from all countries may return to Brazil, provided they have health insurance and arrive by air. Land and sea borders will remain closed for another 30 days at least.

But the country has by no means gotten its coronavirus infection rates under control. Even if you disregard last Wednesday's record-setting one-day total of 69,074 new cases and 1,595 deaths—because, as the health ministry told the press, a problem with the online reporting systems had lumped in previous days' cases—Brazil's numbers have still been alarmingly high this summer. The Telegraph reports that in July the country regularly tallied more than 1,000 deaths and 30,000 new cases per day.

Throw in tourists from all over, including the Covid-ravaged United States, and the figures are bound to get only worse—assuming, of course, anybody would jump at the chance to travel to a pandemic hot spot whose leader likens Covid-19 to a "little flu" and who prefers hydroxychloroquine over lockdowns as an effective virus-fighting strategy. (We're talking about Bolsonaro here, but gosh, that reminds us of someone else.)

Though Brazil's government didn't cite a specific reason for reopening to international commercial travel, the importance of tourism to the country's economy is undoubtedly the major factor. The pandemic has already cost Brazil an estimated 122 billion reals ($23.6 billion) in lost revenue.

That has dealt a powerful blow to South America's largest economy. But the pandemic has been bad for business in other popular tourist destinations in the region such as Colombia, Argentina, and Peru. Yet that hasn't persuaded the governments there to allow incoming commercial flights, which remain temporarily banned in all three countries.

It seems reasonable to expect a decent government to value the citizenry over making money. In this case, Brazil's government has upset that balance and put tens of thousands of Brazilians at risk.