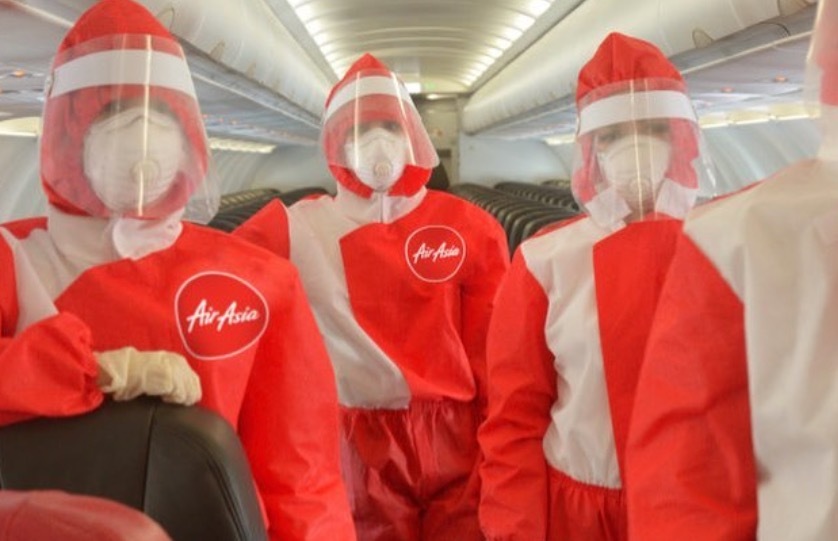 Look at the PPE Suits AirAsia Is Testing for Flight Attendants

Sure, you all laughed in early March when Naomi Campbell showed up at the airport in a hazmat suit.

Turns out the supermodel was, as usual, ahead of the fashion curve.

Malaysia-based low-cost carrier AirAsia is reportedly testing the use of head-to-toe PPE (personal protective equipment) suits for cabin crews on certain flights in the Philippines.

The airline has not officially announced that the suits will be worn by flight attendants. But Filipino fashion designer Puey Quiñones has posted images of the germ-blocking getups—in AirAsia's signature shade of bright red—to his Instagram account, claiming the designs as his own.

AirAsia told CNA, a TV news channel based in Singapore, that a cabin crew first wore the suits during a recent recovery flight.

"A further assessment of the design is under way," company reps said.

The airline is scheduled to resume commercial operations in the Philippines on May 16. At minimum, flight attendants will be wearing masks and gloves while on duty, according to the airline's website.

What's more, all AirAsia passengers are required to bring their own masks and wear them properly before, during, and after flights. "Guests without a mask will be denied boarding," the website warns.

In the United States, meanwhile, airlines are beginning to require masks for flight attendants but not, in most cases, passengers.