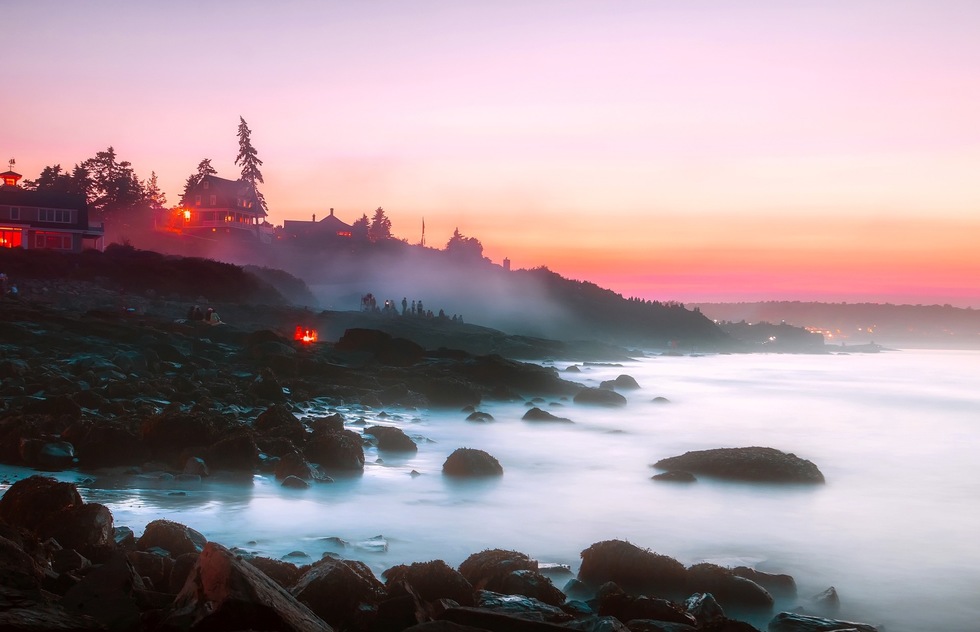 Maine, more than most destinations, has been between a rock and a hard place. And I'm not describing the famously jagged coastline.

Not only is Maine unusually reliant on tourism—it's the top industry—but because of the state's northerly location, it has a woefully short vacation season it needs to make the most of.

In this pandemic era, Maine has the bad luck of getting the lion's share of visitors from the "wrong" places. As the Maine.gov page on travel restrictions bluntly notes: "Maine also faces unique challenges: nearly half of Maine’s summer tourists typically come from Massachusetts, New York, and New Jersey, where the prevalence of Covid-19, when adjusted for population, is eight to 11 times higher than Maine’s."

Back in April, I wrote about Maine's plan to quarantine all out-of-state visitors for two weeks in order to provide a health buffer for citizens—though the move effectively suffocated the most important economic driver.

With that in mind, Maine has shifted its strategy and announced it's now adopting a two-pronged approach to letting in visitors.

Starting Friday, June 12, Maine will create a "travel bubble" with New Hampshire and Vermont. Since those neighbor states have infection rates that are as low as Maine's, their citizens will be allowed unfettered entry without being subject to the current 14-day quarantine.

On July 1, the second part of the plan kicks in. Visitors from all other parts of the United States and the world will be able to skip the mandatory 14-day quarantine if they can prove they have a negative result on a Covid-19 test.

Here's the language directly from the announcement: "The State will allow adults who obtain and receive a negative Covid-19 test no later than 72 hours prior to arrival to forgo the 14-day quarantine upon arrival in Maine."

Visitors are also being given the option of getting tested once they arrive in the state, but if they do that, they'll be required to quarantine until they receive the results, which I presume could take several days.

The government of Maine recommends finding testing locations in its state and elsewhere using the website get-tested-covid19.org.

Beyond the test, there's one more hoop to jump through: Travelers will have to fill out a Certificate of Compliance form, downloadable from the state website. They must show the home-printed certificate upon arrival at their accommodation, which puts the onus for enforcement of the law squarely on the shoulders of the hospitality industry. Lodging owners have the right to request proof of negative test results, too, if they so choose.

Right now, about half of U.S. states have some form of quarantine requirement in place. Will those states, too, start requiring tests for entry?

And will that, in turn, force all state governments to finally make the tests more readily available to all citizens, whether or not they show symptoms?

Quick on-demand tests for all Americans would be a huge boon—not just for travelers, who increasingly cannot freely move across borders without negative results, but also for society in general, as widespread testing would give scientists much-needed data on the spread of the disease and its presence in asymptomatic patients. Frommer's has been calling for this common-sense service for two months now, but tests are still not available to everyone in the United States.

Let's hope we travelers can lead the way and push for more broadly available testing.

It's a crucial step toward containing this vicious pandemic.