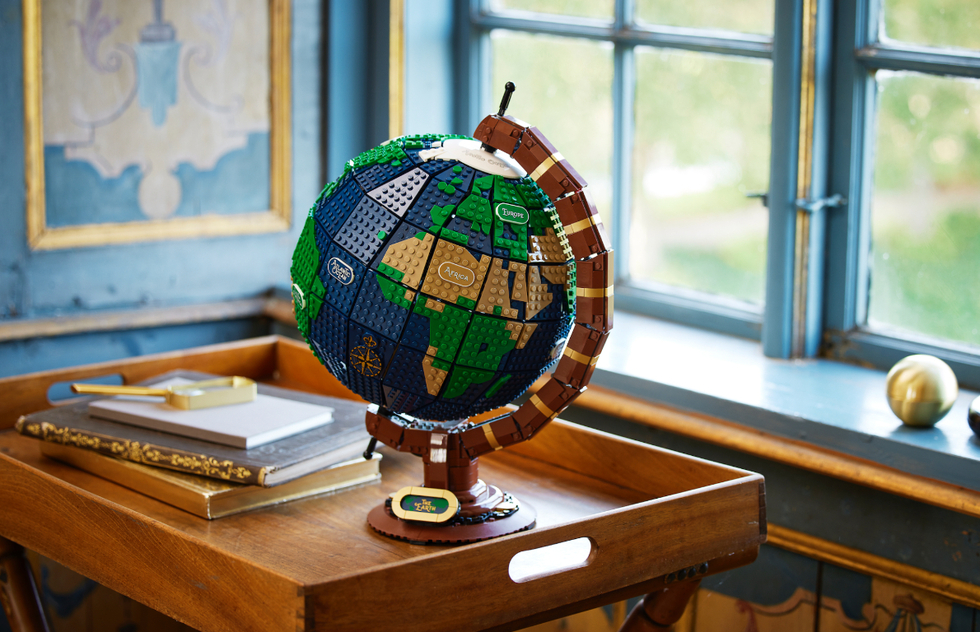 A new Lego set is likely to entice world travelers—or, at any rate, keep them occupied while awaiting confirmation that it's reasonably safe to hit the road again.

Available online and at Lego stores starting February 1, The Globe set contains 2,585 pieces designed to be assembled as a desktop replica of our home planet.

Along with lots and lots of green and blue plastic tiles, the product comes with glow-in-the-dark labels for the world's oceans and continents as well as a little sailing ship, vintage compass icons, and other details. 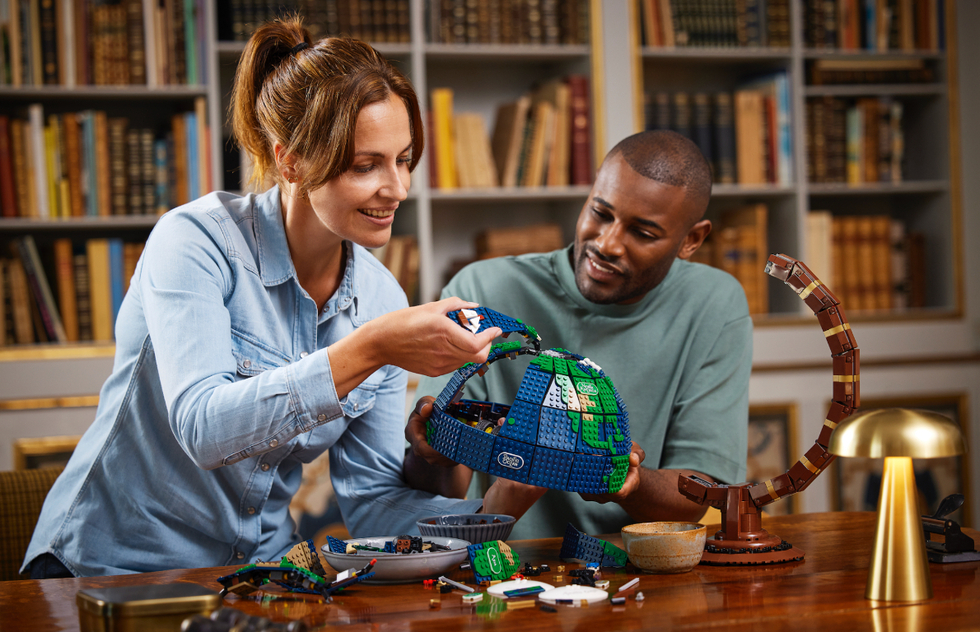 The most unique feature of the globe: Once built, it actually spins—a first for a Lego construction of this scale.

The globe originated via the Lego Ideas platform, where Lego fans submit suggestions for new sets and vote for which ones should be turned into reality.

Guillaume Roussel of France came up with the globe idea, citing the work of Jules Verne (author of Around the World in Eighty Days) as inspiration.

You can, of course, customize the globe, adding bricks to show where you've been or would like to go, for instance, or incorporating more fanciful elements to "make the world your own," as Lego puts it.

To demonstrate the creative possibilities, the Danish toy maker sent the new set to five "Adult Fans of Lego" (or AFOLs if you're in the know) around the world. Each AFOL's interpretation is A-one—we're especially taken with the way Kristof Albert of Hungary turned the globe into a steampunk dirigible. 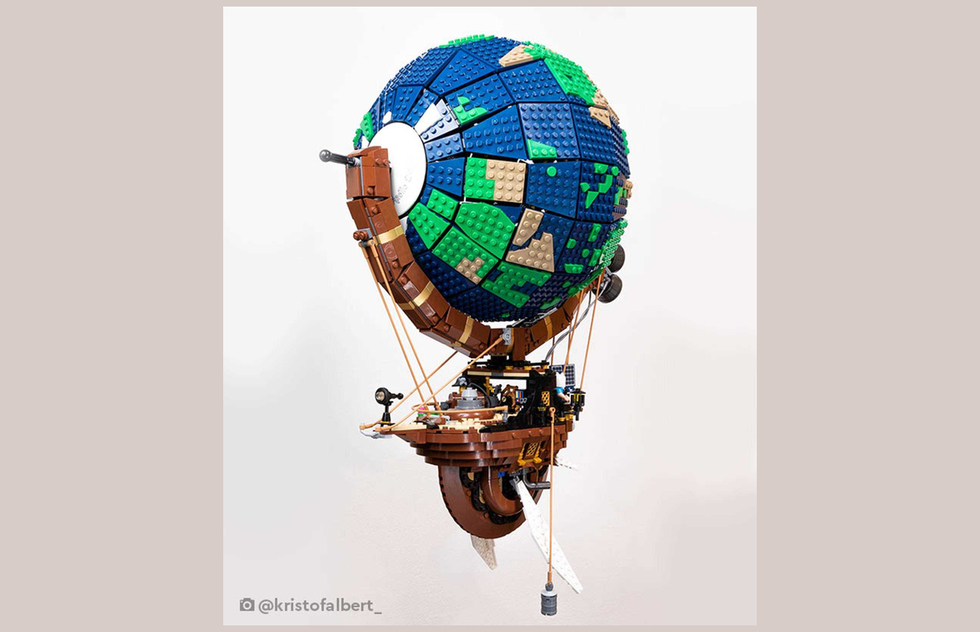 You can purchase Lego's The Globe set for $199.99 at Lego.com or at Lego stores starting February 1.

Other recently released, travel-related Lego sets you might be interested in include the company's 11,695-piece world map and 9,036-piece replica of Rome's Colosseum.