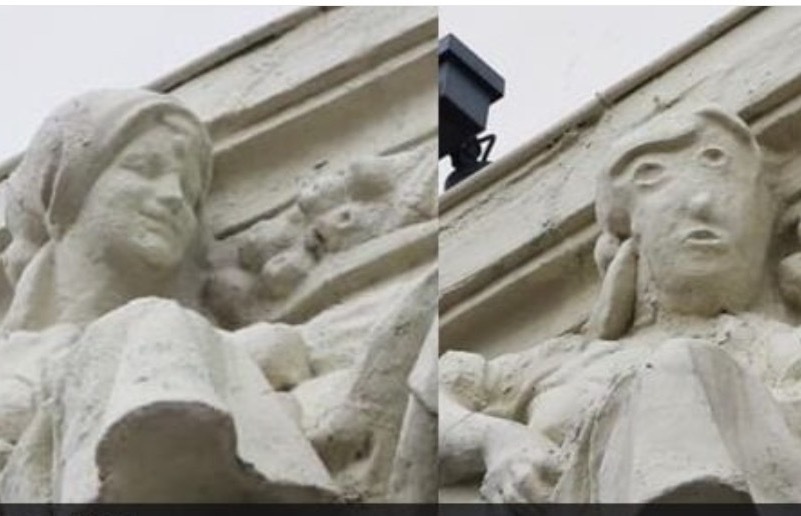 The restoration of another artwork in Spain has gone hilariously awry.

As you'll see in the before-and-after photo above, the sculpture of a smiling woman on the facade of a bank in the northern city of Palencia has been given a thorough make-under, leaving a misshapen monstrosity that's been nicknamed the Potato Head of Palencia.

According to the Associated Press, it's not clear when—or by whom—the restoration deformation was carried out on the early 19th-century sculpture, which is set among a pastoral scene of sheep and goats on the building's exterior.

The disfigurement came to wide attention this week when local artist Antonio Capel posted photos of the sculpture on his Facebook page.

The images instantly call to mind another botched restoration in Spain: the so-called "Monkey Christ" that 82-year-old amateur painter Cecilia Giménez made from an "Ecce Homo" church fresco in 2012. 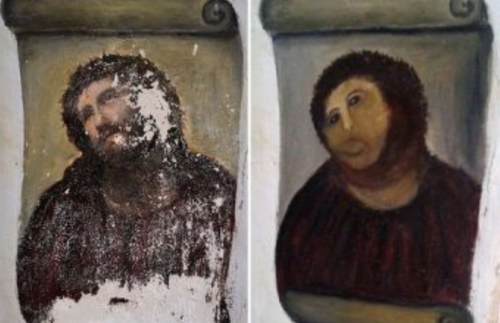 Giménez's work might have been bad for art, preservation, and taste, but the worldwide notoriety ended up being good for tourism, with visitors pouring into the fresco's hometown of Borja to lay eyes on the simian savior.

No one's suggesting that the restorers in Palencia, located about 300km (186 miles) west of Borja, deliberately set out to deface the stone peasant girl turned potato head in order to reap similar gains.

Instead, the country's professionals in the field of art restoration suggest the problem lies in letting amateurs do work that should be left to experts. 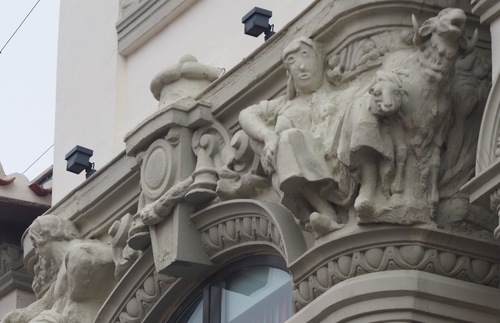 Gazing on the Palencia sculpture's newly elongated head and unconventionally placed features, we think it's worth at least considering the possibility that the face is meant as a tribute to another great Spanish artist, Pablo Picasso.