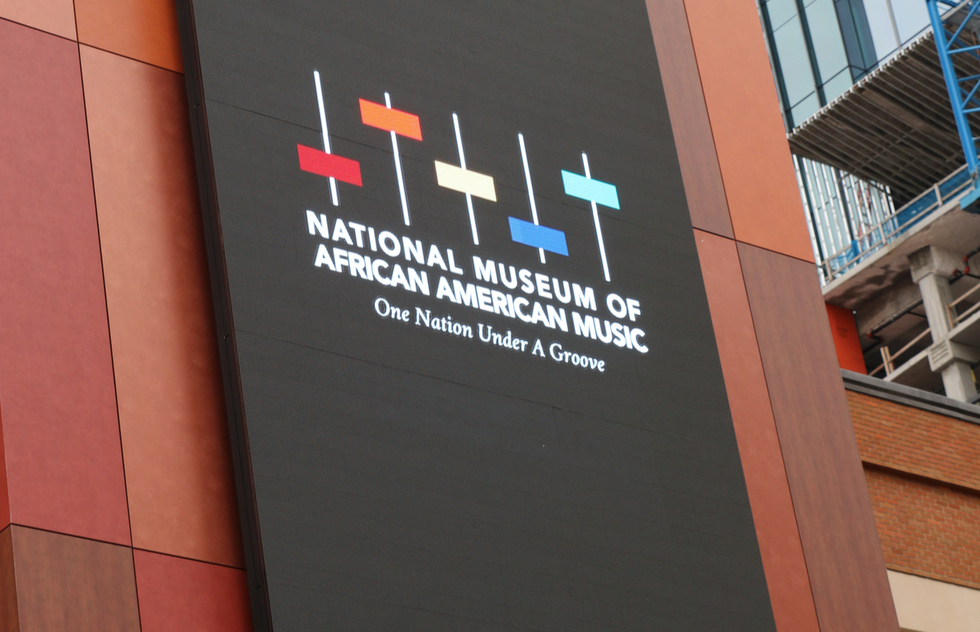 Music City Gets a Museum About African American Music

The first museum dedicated to preserving and celebrating African Americans' considerable contributions to music is opening to the public this month in downtown Nashville.

Originally slated for a 2020 debut that got delayed due to the coronavirus, the 56,000-square-foot National Museum of African American Music will host an official, "socially distant ribbon-cutting ceremony" on Martin Luther King, Jr., Day, January 18, before opening to the public on Saturday, January 30, according to Nashville's tourism office. 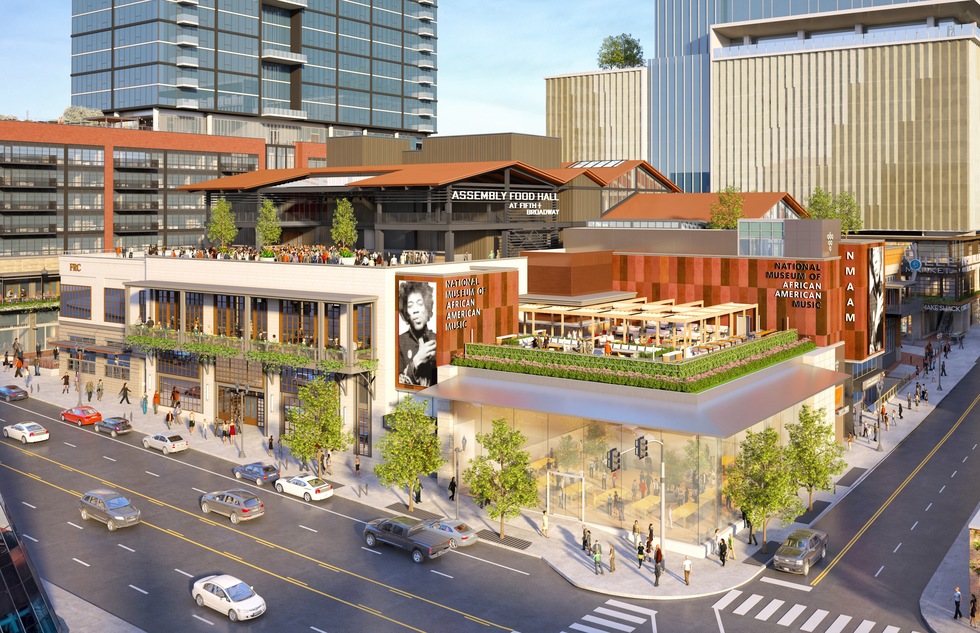 (A rendering of the National Museum of African American Music, Nashville)

The museum's seven galleries take visitors through 400 years of Black artistry and the numerous musical genres created and influenced by African Americans—gospel, blues, jazz, R&B, and hip-hop to name a few.

The visitor experience begins with a film outlining the story, starting with the African music traditions that were upheld, modified, and passed on by enslaved people in the years before the Civil War.

Subsequent galleries further explore the links between historical conditions and artistic innovations, with exhibits on blues and the Great Migration, jazz and the Harlem Renaissance, soul and the Civil Rights era, and so on.

In addition to photos, videos, and interactive displays, the collection encompasses more than 1,500 artifacts, instruments, stage costumes, and pieces of memorabilia.

Among the museum's wide-ranging holdings, according to the Nashville Tennessean: a traditional hand-carved African drum, Nat King Cole's argyle sweater, and a leopard-print dress worn by Whitney Houston.

The facility seems a good fit for a town nicknamed Music City. The new museum is located at the corner of Fifth Avenue and Broadway in the downtown area. That's well outside the blast zone of the city's Christmas Day bombing, which played no role in the museum's delayed opening.

Initially, the museum will be open only on weekends to those with reservations. Hours will expand when pandemic safety allows, though tickets will remain timed.  General admission costs $24.95 for adults, $13.50 for kids ages 17 and younger. Kids ages 6 and younger get in free.

Plan your visit to Tennessee with Frommer's EasyGuide to Nashville & Memphis, available in paperback and e-book editions.