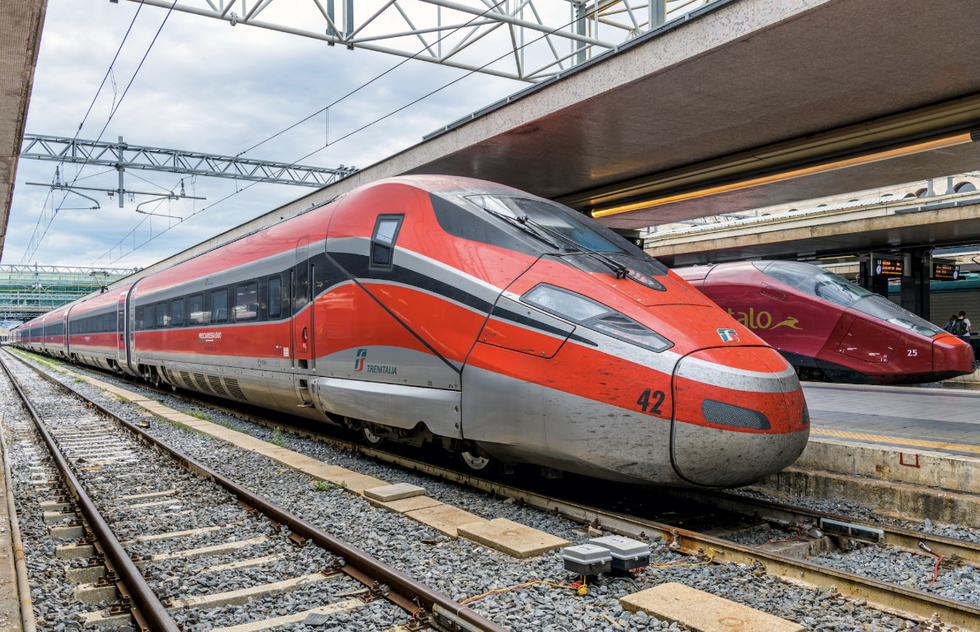 Reaching Florence and Naples by train from Rome or Milan has long been the most economical and efficient means of transport for tourists, but this is Trenitalia's first direct, high-speed rail service from Fiumicino to the Naples stations, according to a press release from the agency that manages the airport. (The new fast train departing from Florence, meanwhile, is designed to give travelers more chances to catch flights in Rome.)

With the new train, more Americans can avoid flying into Florence, where airfare is often more expensive than it is for Rome.

Traveling at a lightning-fast 300km per hour (186 mph), Frecciarossa trains can get you from Fiumicino to Naples in under two hours with no train changes, so you can get started on seeing that city and nearby attractions such as Pompeii (also easily reached by train) and the Amalfi Coast. For the latter, take the train to Sorrento and then see the coast by bus or ferry—new driving restrictions there aim to curtail rental car traffic.

Trenitalia's high-speed service between Rome and Florence—Tuscany's gateway city—only takes a little more than two hours, a marked improvement over traditional rail, which could take twice as long.

The official announcement for the new offerings asserts that because of the speed of the trains and the care with which timetables have been devised to synch up with intercontinental flight schedules, a passenger who leaves Florence or Naples first thing in the morning could catch a plane in Rome and be in New York by early afternoon.

At some point in "the near future," according to the announcement, you may be able to check in and even check baggage for your Rome flight at the train stations in Florence and Naples.

To determine whether Trenitalia's high-speed service fits within your vacation budget—we found one-way fares for next month starting around €30 ($31)—go to the rail operator's website and enter your dates and destinations in the search bar.

If you plan to take a bunch of rail journeys while in Italy, look into whether it makes sense to buy the Trenitalia Pass, which covers up to 10 trips for rates starting at €129 ($132).

And for some comparison shopping, check out the prices for high-speed rail from Trenitalia's privately owned competitor, Italo.