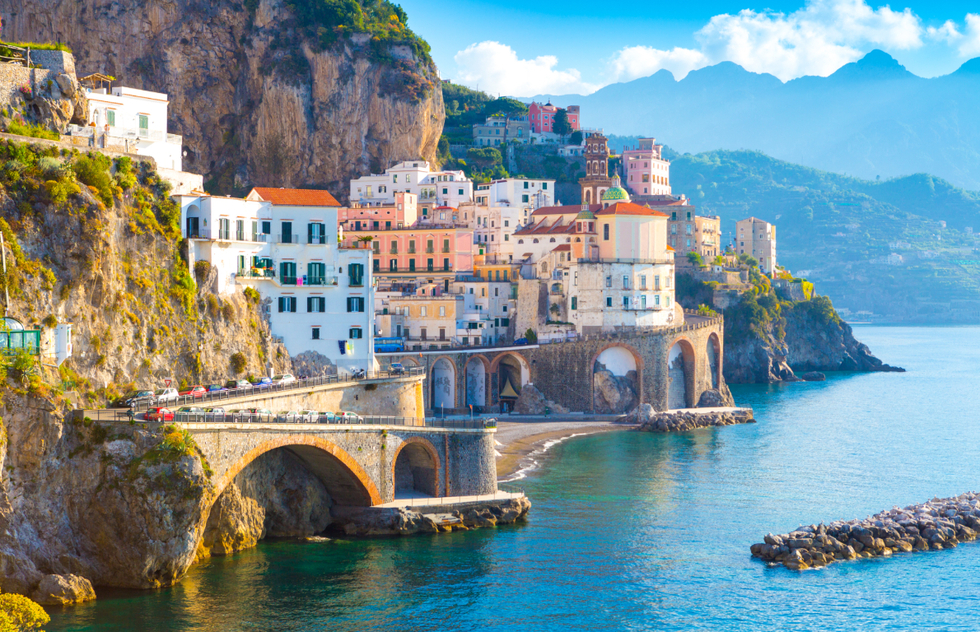 Italy Just Made the Amalfi Coast Drive Harder for Rental Cars. Here’s How to Visit Anyway.

UPDATE, July 13: After publishing the story below, originally dated July 1, 2022, Frommer's received an email from a reader asking about, among other things, how the Amalfi Coast's new driving restrictions, which ban rental cars with number plates ending in odd numbers on even-numbered days and vice versa, will affect overnight hotel guests.

Frommer's Italy coauthor Stephen Brewer, who's quoted below, emailed an Amalfi Coast hotel for an answer and was told by a hotel rep that the alternate number plate rules "do not apply" to anyone who has a "confirmed and attested hotel reservation."

The reader who emailed us in the first place followed up separately with another hotel on the coast. According to correspondence provided by the reader, a rep with that property wrote back that "for hotel guests there are no restrictions on check-in and on check-out date[s]. You have only to show [proof] of the reservation [to] the police if they stop you. For the rest of the stay you have to respect the ordinance."

Frommer's reached out to Anas, the Italian government agency that oversees roads, for clarification, but we have not received a response.

Given the lack of clarity, hotel guests who plan to drive rental cars on the Amalfi Coast should, at the very least, contact their hotels for further guidance before travel.

Renting a car to drive the Amalfi Coast wasn't advisable to begin with. New traffic restrictions have just about made it impossible.

The famous coastal route ranks among the best things to do in Italy, according to the latest Frommer's guidebook on the country.

A "'road of a thousand bends' hugs vertical cliffs and deep gorges," our authors write, "cutting through olive groves, lemon terraces, and whitewashed villages—against a background of the bluest ocean you can picture."

But the secret to enjoying the drive, the book argues, is to "make sure someone else is at the wheel."

Not only is the roughly 23-mile stretch between Vietri sul Mare and Positano steep and twisty, but the traffic in peak season can be agonizing, with cars backed up for miles and zero parking to be found in the 13 picturesque towns along the route.

That's why our expert on the region, Stephen Brewer, recommends seeing the coast by public bus—"the cheapest, most scenic ride in the world," he told us in an email—or by boat.

If that doesn't nudge you away from the rental car counter, the Italian government has decided to give you a shove.

Starting June 15, new rules went into effect limiting the number of out-of-town cars on the Amalfi Coast during summer and other busy times of the year.

The Amalfi rules are in effect from 10am to 6pm on weekends in July and September and every day in August. The restrictions will then return for Holy Week around Easter and again from April 24 through May 2.

Public buses and cars registered to Amalfi Coast residents are exempt from the regulations, but rental cars are not. If the plate on your rental ends in an even number, the vehicle is not permitted on odd days, and vice versa.

Banned entirely: vehicles longer than 10.36 meters (34 feet). Campers and vehicles with trailers may only use the road between midnight and 6:30am.

Enforcing the restrictions will reportedly fall to local police, who may give fines to violators, though Anas, the government-owned agency in charge of roads, hasn't released how much the fines will be. Frommer's reached out to Anas for clarification but we haven't heard back as of this post.

It's also uncertain whether car renters will be able to secure vehicles with plate numbers that correspond to the dates of planned visits.

You can always ask the rental company to try to accommodate you, but, as CNN points out, post-pandemic travel has been plagued by a severe shortage of rental cars worldwide. You're lucky to get a vehicle at all, much less one with a bespoke license plate number.

Besides, when you drive yourself on the coast, "if you want to stop at a town, you can’t, because it really is pretty much impossible to park," according to Brewer, the Frommer's Italy coauthor.

He says doing the Amalfi Coast by bus or boat is far more pleasant, with no driving or parking stress, and frequent stops let you get out and explore to your heart's content.

SITA Sud buses connect Sorrento, Amalfi, and other towns along the coast; buses also travel between Amalfi and Salerno and the towns in between. The 24-hour CostieraSita pass gets you unlimited rides on SITA buses between all the towns along the Amalfi Coast, from Meta di Sorrento to Salerno, for just €10 ($10.40).

To escape the traffic-clogged roads altogether, take to the water aboard daily summertime ferries and hydrofoils operated by NLG-Navigazione Libera del Golfo or Alilauro, both of which make runs to and from Sorrento, Naples, Ischia, Capri, Positano, and Amalfi.

There are also plenty of private companies, such as Jolly Rent, offering boat cruises along the coast.

All of these are better alternatives to renting a car, Brewer assures us, though you'll want to book a spot on a bus or boat as soon as you can, since space fills up quickly during the summer.

Despite the traffic, new restrictions, and extra planning you might have to do, Brewer still believes the Amalfi Coast is very much worth the trouble.

"I don’t think people want to skip the Amalfi Coast," he tells us. "It is so beautiful."

For more help planning a trip to Italy—and it sounds like you're gonna need it—pick up a copy of our comprehensive guidebook, Frommer's Italy, available in paperback and e-book versions.