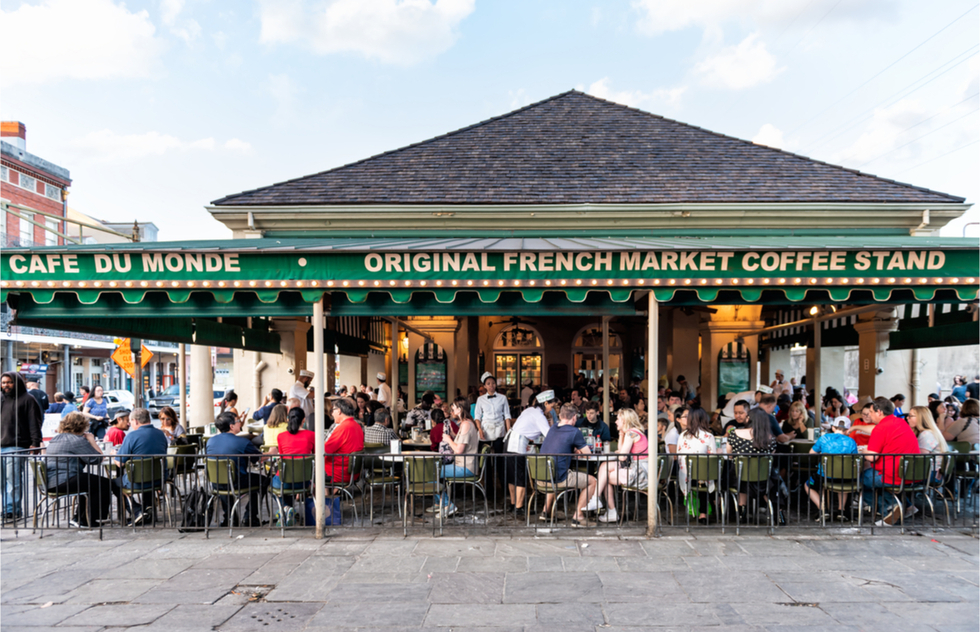 With infections surging and Louisiana vaccination rates lagging, the mayor of New Orleans decided to move quickly to shore up public health protections, announcing on Friday that all restaurants, bars, casinos, and other indoor spaces would require proof of vaccine.

Proof of a negative Covid-19 test that has been taken within the past 72 hours will also allow entry.

Patrons will still be permitted to sit outdoors, including at places like Cafe du Monde (pictured), without showing any sort of proof.

"Look for your vaccination card and be prepared to show it," Mayor LaToya Cantrell said at a news conference on Friday.

The speed of this implementation will make New Orleans the first city in the United States to have these sorts of regulations in place, though several other cities, including New York City, San Francisco, and Los Angeles, have announced that similar rules are on their way.

The measure caught the restaurant industry unprepared. The Times-Picayune reports that some restaurants, such as Adolfo's in the Faubourg Marigny, have announced they will close until they can figure out how to comply with these new regulations.

"I don’t understand how I can ask our employees to be the vaccination police," Melvin Rodrigue of the iconic restaurant Galatoire's told the Times-Picayune. "Consider a TSA officer at the airport; they get training for that. How are we supposed to make an employee ready for a potentially confrontational situation?"

At a press conference, Jennifer Avegno, the city's top health official, pushed back against accusations that the protocols are too drastic.

"What’s drastic is where we are right now. What’s drastic is that a patient who has a heart attack has to travel two hours to find a hospital," she said. "What’s drastic is a 2-week-old hospitalized or a 12-year-old who could have been vaccinated on a ventilator. Having a piece of paper, or having something on your phone... That’s not drastic.”

Industry publication Restaurant Business noted that New Orleans now has the strictest restaurant regulations in the nation. Along with proof for entry, guests who are with people not in their immediate households are expected to remain masked indoors, except for when they are actually drinking or eating.

Because of the new regulations, Harrah's New Orleans will become the first casino in the nation to require this sort of proof for entry.

It should be noted that none of these rules apply to children under 12.

Although the rules are now in place, city authorities say they won't begin enforcement for a week to give restaurants and other indoor venues time to develop procedures for checking Covid-19 vaccine and/or testing status.

It seems clear that until this virus is brought under control, these sorts of requlations will become the norm, not the exception. So it's more important than ever to safeguard your vaccine card and if possible, generate a digital record of it.