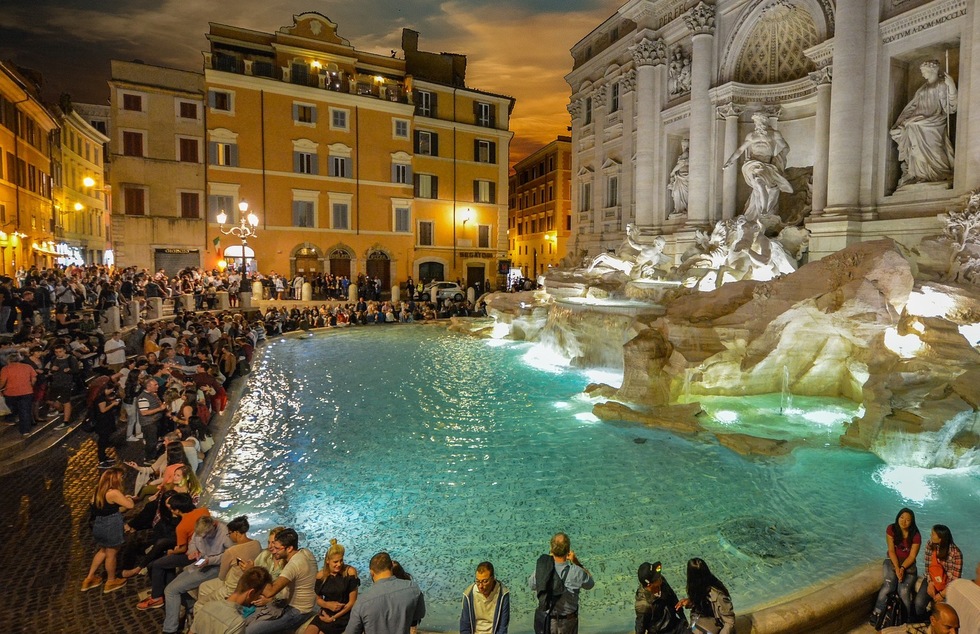 Italy has just about had it with your nonsense.

Straining under the burden of accommodating endless hordes of tourists and their accompanying noise, litter, rowdiness, and traffic gridlock, the country's most popular cities are rolling out strict behavioral regulations—with hefty fines—aimed at keeping visitors under control.

Florence recently banned eating in the streets. Venice has outlawed everything from loitering to walking around "while bare-chested."

The restrictions just got more intense. On November 14, Rome's mayor, Virginia Raggi, announced a new set of rules designed to prevent citizens and tourists alike from achieving what the great Carthaginian general Hannibal could only dream of—the trashing of Rome.

Among the targets: costumed centurions charging for photos next to historic sights. Those cosplayers can now be fined up to €400 (US$458), according to CNN.

Tours that aren't authorized by city officials are also a no-no, including alcohol-related tours of any kind. That means pub crawls are out.

In fact, limiting booze consumption appears to be a major motive behind the regulations, with the city making permanent an up-to-now temporary ban on drinking on public streets after 10pm. Bars and clubs must adhere to a citywide last call before 2am.

Fines for violations currently start at €150 (US$172). But under the new code, police will have latitude to enforce more draconian punishments such as banishing the offender from certain parts of the city for up to 48 hours, reports The Independent.

Pending expected final approval by the Capitoline Assembly, the rules will also crack down on those who drop litter, leave graffiti, fail to pick up after their pets, or climb on or into fountains.

Tossing coins into Trevi Fountain (pictured above), however, will still be permitted.