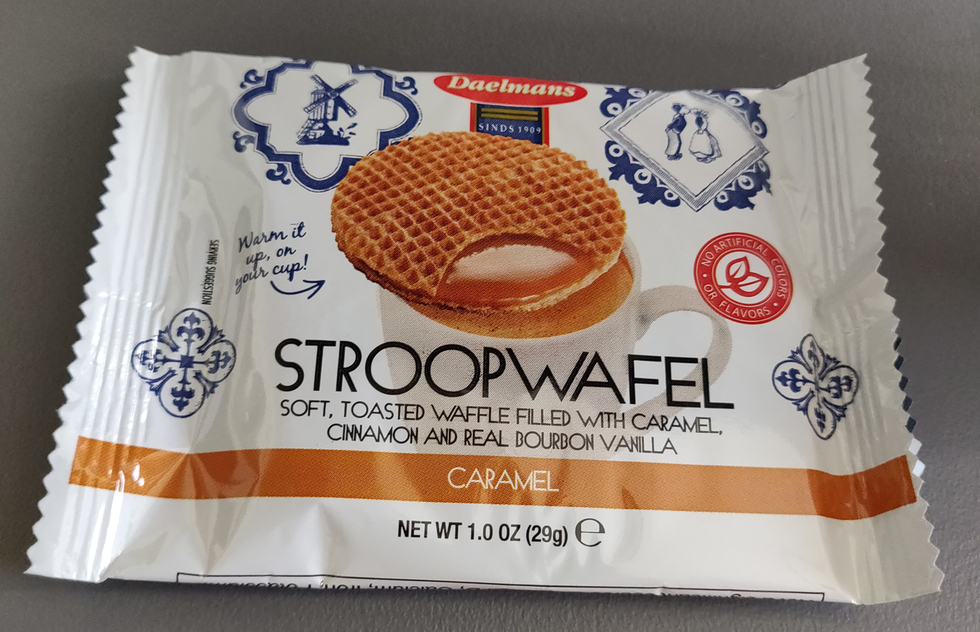 Now You Can Order Airplane Food at Home for Some Reason

Stir-craziness among some grounded travelers has evidently grown so acute that they've developed a hankering for airplane snacks.

The airline's containers of cheese, dried fruits, and drier crackers aren't being used on flights, where onboard food-and-drink service has been drastically reduced.

So JetBlue unloaded the snacks onto Imperfect Foods, which is selling them for $2.99 a pop—down significantly from the $9 you'd have to pay in the skies for one of JetBlue's EatUp boxes containing the same items.

According to the Washington Post, Imperfect Foods has sold more than 40,000 of the cheese-and-cracker trays already.

And they're not the only airplane fare you can have delivered to your home.

United Airlines has shared a special promo code—FLYAWAY15—that will get you 15% off when you order Stroopwafels from Daelmans, the company that supplies those caramelly treats for United flights.

On its website, United provides recipes for Stroopwafel banana bread and ice cream sandwiches in case you want to do more with your Daelmans purchases than inhale them in one go.