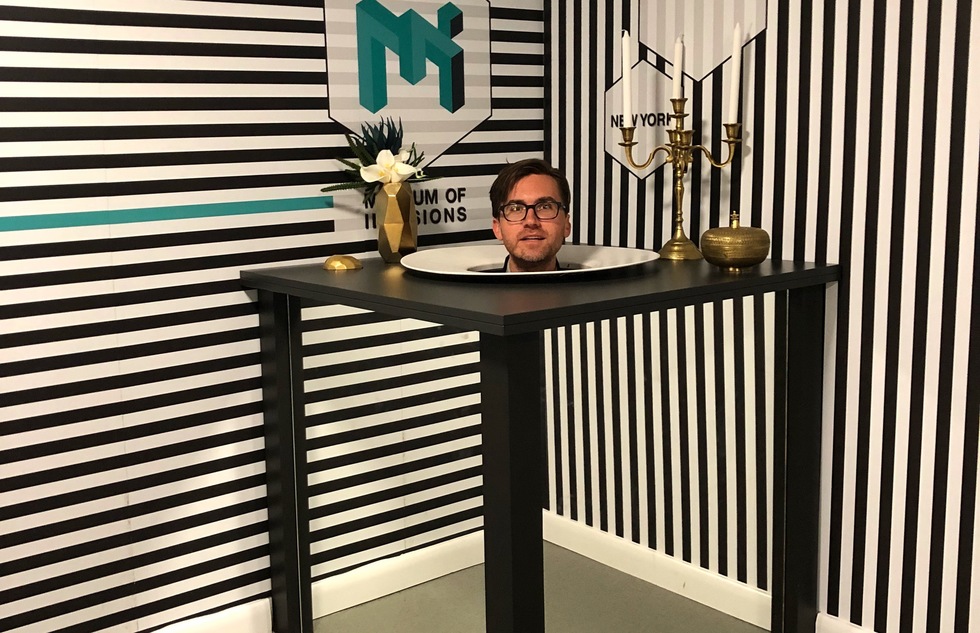 Remember that day in fourth grade when your teacher distributed photocopied handouts of M.C. Escher prints, figures that appeared to be differing sizes but were actually the same, and drawings of ducks that, on closer inspection, were also rabbits?

The new Museum of Illusions in New York City is two floors of that, with the added benefit—crucial in the age of Instagram—that guests can put themselves in many of the illusions.

The permanent exhibit, which opened in an old bank building in Manhattan’s Chelsea neighborhood on September 20, is part of a worldwide chain of optical-illusion museums that started in Croatia, spreading to other parts of Europe as well as the Middle East and, now, North America. A Kansas City outpost debuted this week, to be followed by a Toronto location in November.

In New York on a recent Saturday evening, a slow-moving line about a half-block long stretched in front of the building. Among the crowd: lots of families with children, a few couples, and many, many cell-phone photographers.

Exhibits include holograms, a zoetrope, a kaleidoscope, lighting effects, mirrors that make a room seem to stretch on forever, and updated riffs on those Magic Eye posters that ignited many a migraine in the 1990s.

Most popular, though, are the most Instagrammable illusions—the ones that directly involve the visitor. You can put your severed head on a platter, for instance, or stand upside down, or appear out of scale (over- or undersized) compared to someone in the same room. 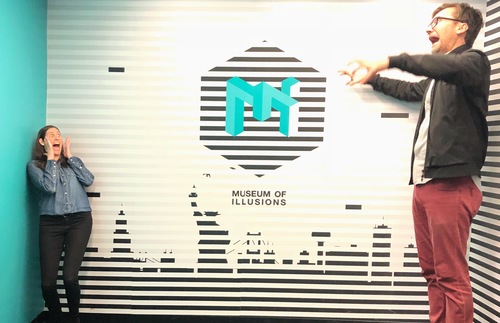 Presumably to avoid the charge of dangling Insta-bait, the museum’s PR makes the case that there’s an educational component to the enterprise that has to do with teaching us about the science of perception.

That might sound expensive for a few giggles and some social media pics, but it’s significantly cheaper than comparable family-friendly attractions such as the Gulliver’s Gate miniatures showcase in Times Square (general admission: $36).

Then again, those handouts in fourth grade were free.