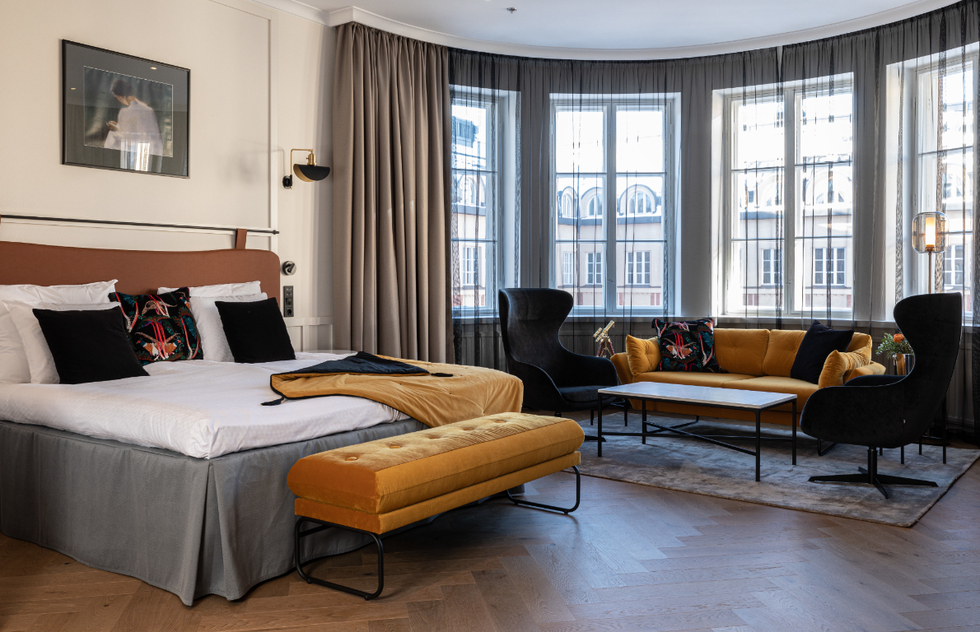 Helsinki's central train station frequently appears on lists of the world's most beautiful railway terminals for its art-nouveau design by Eliel Saarinen (not to be confused with his son and fellow architect Eero Saarinen, whose name you might know better, particularly if you attempt crossword puzzles on a regular basis).

The Finnish capital's granite-clad behemoth—known for its clock tower and arched entranceway flanked by stone giants clutching lanterns—was completed in 1914, when train stations were still built to inspire awe, like secular cathedrals combining the modern and the majestic. 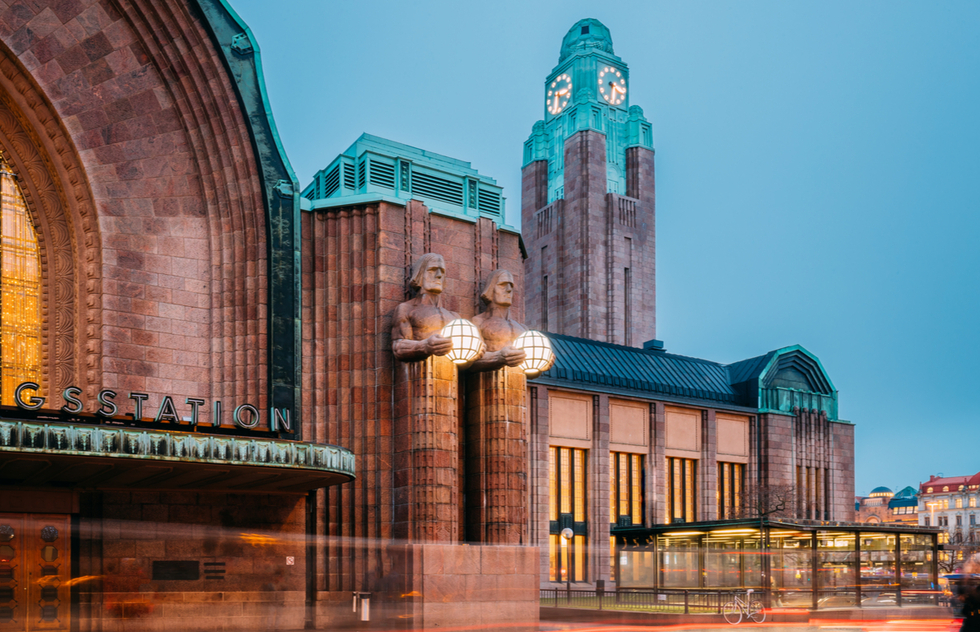 Earlier this year, another Saarinen-designed building that's part of the station complex and formerly served as the offices of Finland's national railway company reopened as a 491-room hotel.

Now known as the Scandic Grand Central Helsinki, the 1909 building underwent a two-year renovation to transform the onetime workplace into elegant guest rooms, while maintaining many original features, such as mullioned windows with niches, old-timey globe lamps, and hardwood herringbone floors.

According to The Telegraph, ceilings are high and there's a split marble staircase with dark wood bannisters in case you need to make a grand entrance or exit.

Because of the hotel's location in the center of the city, several Helsinki icons, such as Kaisaniemi Park and the Ateneum art museum, are visible from many rooms.

The main building connects via courtyard to a newly constructed annex, where 118 of the hotel's rooms are housed. 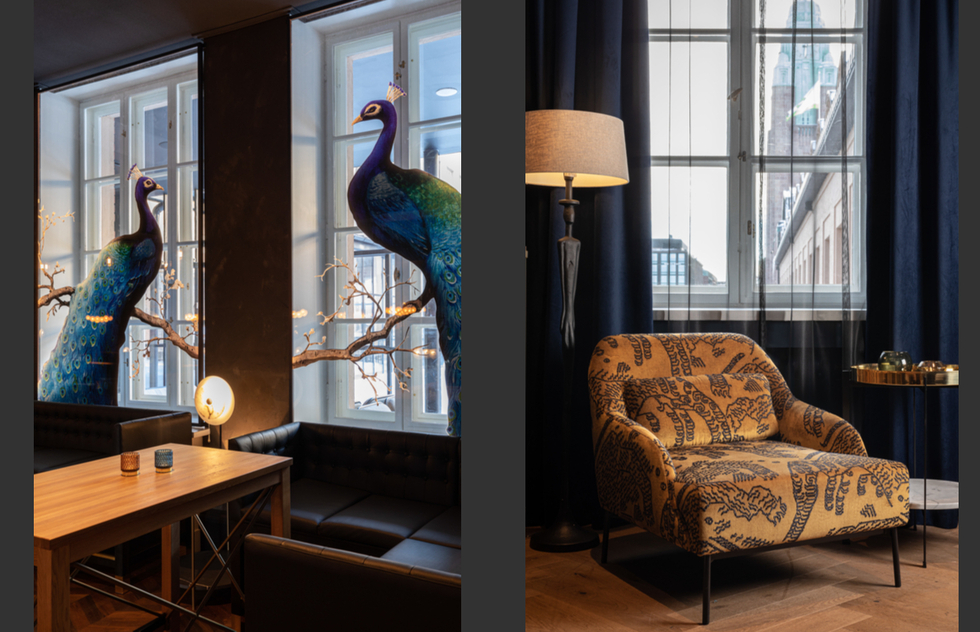 You can dine on French fare at the onsite restaurant, Brasserie Grand, and try a cocktail in Bar G, which is where the station's ticketing office used to be.

Room rates start at €160 ($181) per night. Visit ScandicHotels.com for more info or to make a reservation.