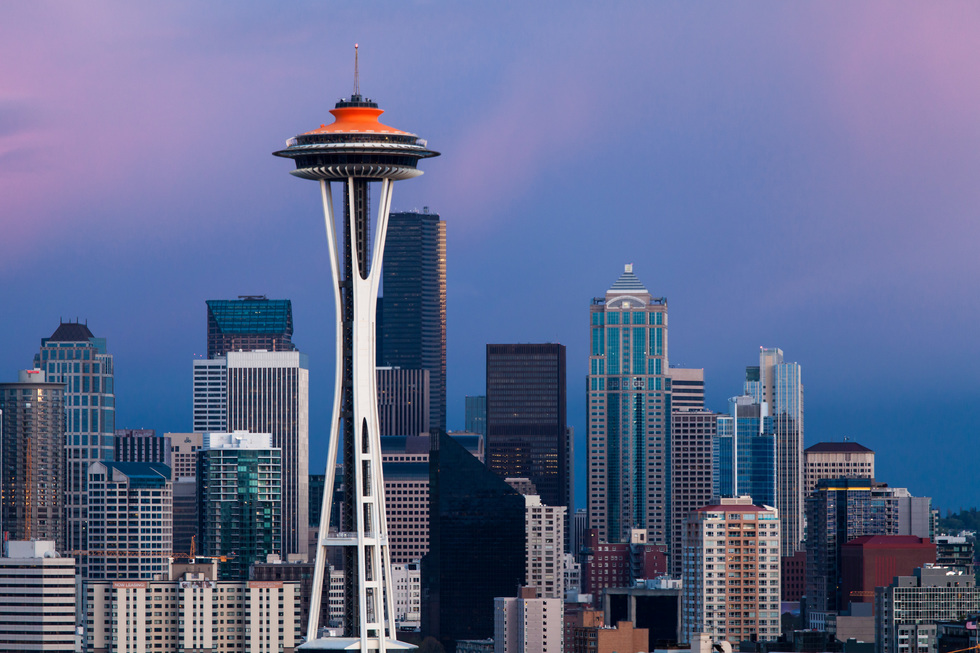 A $100 million update to Seattle's skyline-defining Space Needle is just about finished.

But don't worry, purists: The 605-foot retro-futuristic tower still looks like something dreamed up by the animators for The Jetsons—or, as the Frommer's guide puts it, "like a flying saucer on a tripod."

Some sprucing up here and there aside, the most dramatic changes can be found on the observation deck, which was unveiled to the public this week even though some aspects of the revamp aren't quite complete. (It's about 80% done, according to the Seattle Times.)

Now almost entirely made of glass, the redesigned observation areas should supply more spectacular views than ever of the city, Mount Rainier, and Elliott Bay from a height of more than 500 feet.

Additions include glass walls made of 48 huge panels, glass benches that lean out over the edge, and a rotating glass floor that's still under construction. That last feature is expected to debut July Fourth weekend, along with a retooled restaurant.

ARE YOU READY FOR IT? Sit up, slide back and see Seattle on an entirely new level. . Our new glass benches, called Skyrisers, will be opening to the public for the very first time at 9 AM tomorrow! ???? #spacelift #skyrisers


Altogether, the remodeling project will increase the amount of glass in the tower by nearly 200%, according to Smithsonian magazine.

The observation areas are open now, even as the twirling floor is being installed. Tickets are $26 apiece.