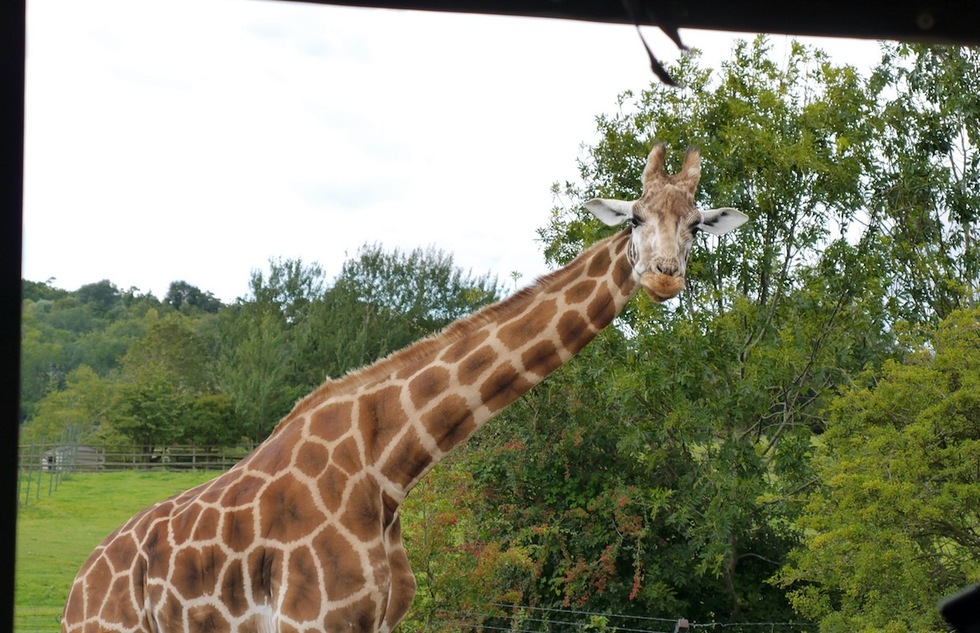 Soon You Can Sleep Amid Giraffes in . . . the English Countryside?

If you want to spend the night in lodgings with up-close views of rare African animals, you usually have to go to Africa.

A famous example is the ultra-luxe Giraffe Manor hotel in the suburbs of Nairobi, Kenya, where resident Rothschild's giraffes have been known to poke their heads into open second-story windows in search of snacks.

As surprising as that encounter must be for guests, imagine it happening in southeastern England.

The surreal scene is set to become commonplace with the opening of Giraffe Hall, a luxury hotel on the grounds of the Port Lympne wildlife reserve, a 600-acre country estate near the coast of Kent, about 65 miles southeast of central London. Gorillas, big cats, rhinos, and other far-from-home creatures reside at the park (one of Port Lympne's giraffes is pictured above).

Now owned and operated by the conservation-oriented John Aspinall Foundation, the grounds once belonged to politician and military figure Philip Sassoon, who hosted everybody from Lawrence of Arabia to Charlie Chaplin at the Edwardian mansion at the center of the park (the animals didn't move in until long after Sassoon's time). The residence is now a hotel.

The planned Giraffe Hall will occupy another building on the estate. After renovations are complete, it will have 10 bedrooms combining a "luxury safari feel" with the comforts of a stately English home. Five separate cabins will be nearby.

The property is situated amid the wildlife park's Africa-themed habitat. Surrounding gardens are being reconfigured to give giraffes a route to wander at will. According to Port Lympne's website, the long-necked ruminants may "peer into the [hotel's] lofty ceilinged drawing room, or amble up to the bedroom windows, where you may be lucky enough to feed them."

An opening date for Giraffe Hall hasn't been announced yet, but you can already put your name on the waiting list.

According to Time Out, there are at least 9,000 people in front of you.

But hey, by the time your name comes up, maybe the pandemic will be over and we'll have more freedom to travel again.