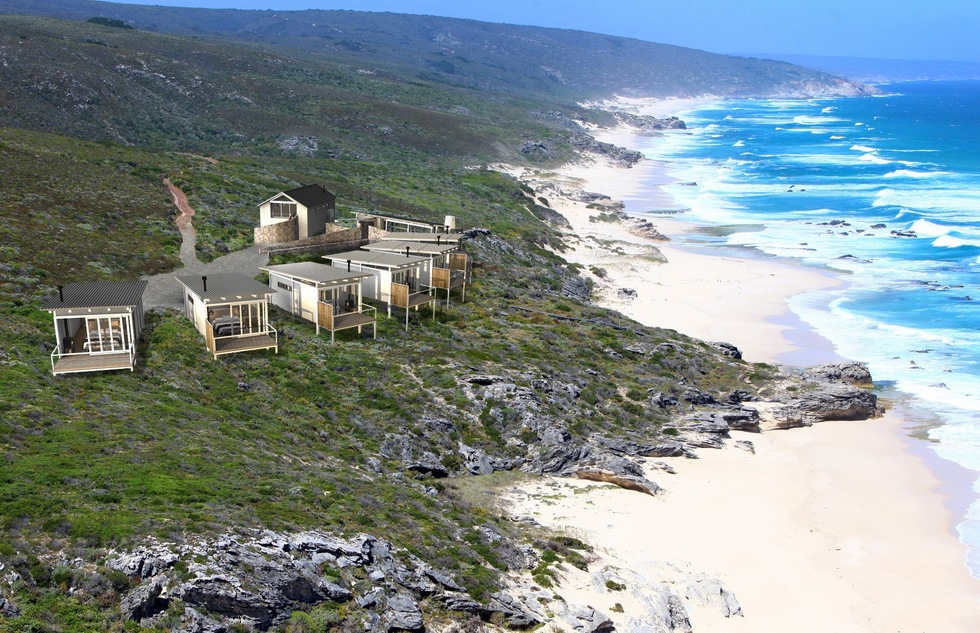 Set to open April 15, Lekkerwater Beach Lodge is located about a 3-hour drive east of Cape Town in a secluded area of De Hoop Nature Reserve, a landscape of sand and scrub between the ocean and the Potberg Mountains. Cape Agulhas, the southernmost point on the African continent, is just a few miles to the west, making Lekkerwater (which means good water in Afrikaans) one of the southernmost hotels in all of Africa.

The bay that the lodge's seven guest rooms face has some of the world's best land-based whale watching from July to November, when thousands of southern right whales from Antarctica fill the waters.

Guests can watch that spectacle, as well as year-round views of frolicking dolphins, from each room's veranda or floor-to-ceiling glass windows. Decorated in earth tones and marine blues, rooms also have wood-burning stoves and en suite bathrooms. 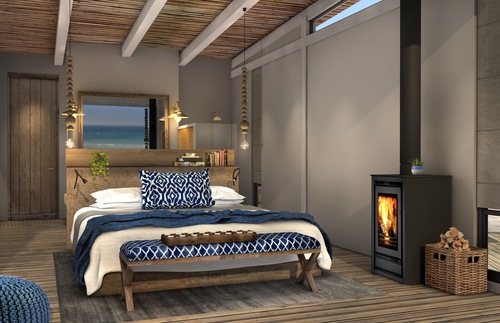 The all-inclusive meal program covers toes-in-the-sand dinners on the beach as well as locally sourced seafood feasts prepared in the open kitchen. The nightly rate, starting at ZAR 2,950 (US$208), is for lodging as well as all meals, alcoholic and nonalcoholic beverages, and activities such as nature walks, caving, and excursions to view a nearby colony of Cape vultures. Stays are restricted to two nights per guest—no more, no less.

From 1990 to 1994, the land the lodge occupies belonged to the controversial de Klerk, the president who presided over the dismantling of South African Apartheid. Despite that achievement, de Klerk has been criticized for not apologizing fully for South Africa's official system of racial segregation, addressing human rights abuses, or reckoning with his own role in enforcing the policy.

During de Klerk's time in office, his retreat in De Hoop was considered the South African equivalent to Camp David, the wooded Maryland getaway set aside for U.S. presidents. Today, De Hoop is a stop on the popular Garden Route road trip through the Western Cape.

Lekkerwater is the first South African outpost operated by Natural Selection, a company that also has popular safari camps in Botswana and Namibia. Sustainability is a top priority; at Lekkerwater, electricity is generated by the sun and wind, single-use plastics are banned, and supplies come from within a 40-mile radius of the property.

For more information or to book a stay, visit the Lekkerwater Beach Lodge website.