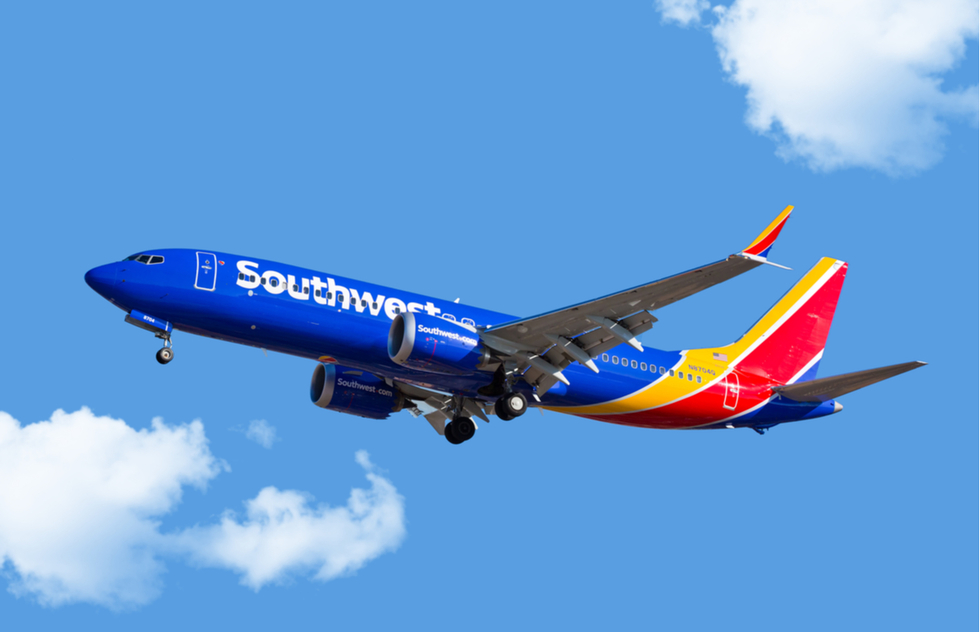 Southwest Airlines has introduced new social distancing measures at airport gates and in the skies.

As of May 2, the airline is following a temporarily modified boarding process and is limiting the number of passengers per plane.

With regard to boarding, at the airport gate 10 people at a time will now be called in sequential order based on the numbered boarding position on their tickets.

Up to now, Southwest's boarding groups have contained 30 passengers, who line up by position number in one column while the next group—another 30 passengers—lines up next to them.

That adds up to as many as 60 people crowding the same gate—not a good example of social distancing.

The new procedure is designed to help passengers maintain distance from one another more effectively. According to a news release from Southwest, flight attendants "will provide guidance during deplaning to maintain distancing" on the other end of the flight.

And what about during? So that customers can spread out, the "total number of passengers seated in the cabin will be reduced temporarily," the company says in its release.

Travel Weekly reports that the carrier plans to block about one-third of seats—though middle seats will not automatically be made unavailable, as on other airlines.

And Southwest's "open seating environment" will remain the rule. As always, you can sit wherever you want, provided the seat is open.

(As a recent Frommer's analysis points out, the only trouble with limiting seats is that it could send airfares soaring, especially if consumer demand—currently nil—improves.)

Another safety measure that will soon go into effect on Southwest: Starting May 11, passengers must wear face coverings or masks during flights. If you don't have a mask, Southwest will provide one for you.

The mask requirement was instituted—finally—by all the major U.S. airlines last week. Southwest was one of the last carriers to join them.