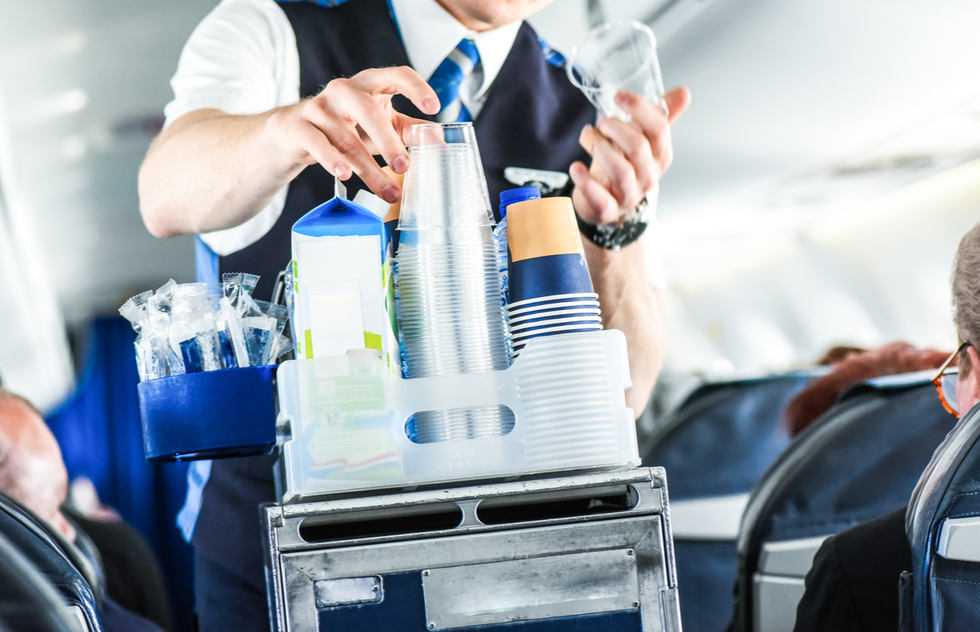 You should probably stick to bottled water in the skies.

Researchers analyzed the quality of the drinking water on 11 major airlines and 12 regional carriers, considering criteria such as reports of positive E. coli and coliform samples as well as documented violations of the federal government's Aircraft Drinking Water Rule requiring that airlines provide passengers and flight crews with safe drinking water.

Based on all of that, the study assigns each airline a score from 0–5, with anything of 3.0 or higher indicating relatively safe, clean water.

Hardly any of the airlines cleared that marker. Most of the biggies didn't even score a 2.

Among major carriers, Alaska Airlines and Allegiant Air were found to have the cleanest water, both scoring a 3.3. Hawaiian Airlines was not far behind with a 3.1.

JetBlue and Spirit Airlines reportedly have the grossest H20; each got a 1 out of 5.

Scores for the remaining airlines weren't much better. Read 'em and gag:

Regional carriers did even worse. Though Maryland's Piedmont Airlines, which operates American Eagle flights, received a highest-overall ranking of 4.33, none of the others topped the safe-to-drink 3.0 barrier.

Indianapolis-based Republic Airways came in last with a score of 0.44 out of 5.

So what should you do when the beverage cart rolls around?

In a news release, the study's authors give the kind of advice you'd give to someone traveling to a country with poor sanitation: Avoid drinking water that doesn't come from a sealed bottle. They say you should even skip the coffee and tea poured by flight attendants.

To stay hydrated during your flight, you might instead want to carry on your own water bottle purchased at the airport.