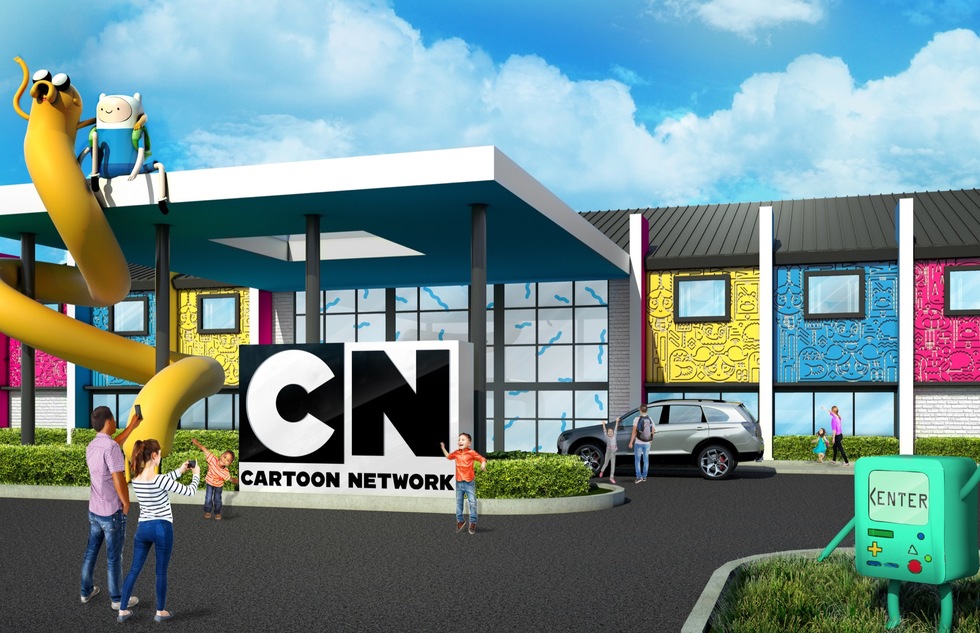 The Cartoon Network Is Building Its First Hotel

Listen up, fans of Adventure Time, We Bare Bears, and The Powerpuff Girls: The Cartoon Network is getting its own hotel.

Developed through a partnership between the animated cable channel and amusement park operators Palace Entertainment, the 165-room property is currently under construction on 9 acres in southern Pennsylvania's Lancaster County. The new hotel will stand right next to the Dutch Wonderland theme park (also owned by Palace Entertainment).

In a news release, the companies say that the Cartoon Network Hotel will use animation, technology, and design to create a uniquely interactive experience for guests. Characters from popular shows will of course be on hand in the lobby, but beyond that, rooms and suites will have interchangeable themes that can be swapped out to reflect your family's preference for, say, visiting Adventure Time's Land of Ooo over fighting crime with Blossom, Bubbles, and Buttercup of The Powerpuff Girls.

Other planned features: indoor and outdoor pools, a water play zone, a game room, and an outdoor amphitheater with an oversized movie screen that, according to TravelPulse, will show cartoons before they're aired anywhere else.

The hotel joins a growing list of vacation-related Cartoon Network projects, including a branded cruise ship and Bali theme park both announced earlier this year.

Cable channel Nickelodeon has long been dabbling in the resort game, with modest results. Its branded Holiday Inn resort in Orlando ran for 11 years, ending in 2016, and there's currently a Nick property in Punta Cana.

Lancaster County's Cartoon Network Hotel is scheduled to open in the summer of 2019.