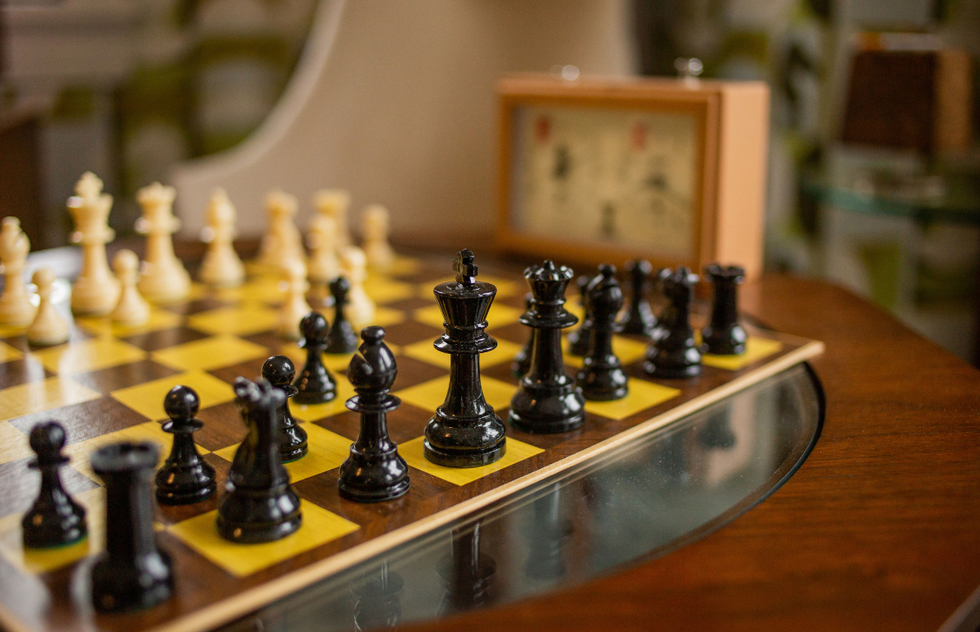 "The Queen’s Gambit”: Your Best Moves If You Want to Check Its Kentucky Setting

The Queen's Gambit, which set records in November as Netflix's most watched miniseries ever, might have made you curious about Lexington, Kentucky.

That's where much of the coming-of-age story (based on Walter Tevis's 1983 novel) about troubled chess prodigy Beth Harmon (Anya Taylor-Joy) takes place.

Though scenes were actually shot in Ontario and Berlin, several real-life Lexington businesses, neighborhoods, and addresses are featured in the small-screen adaptation.

For fans, the city's tourism bureau, VisitLEX, has put together a guide to Queen's Gambit–related sites, while downtown's 21c Museum Hotel has temporarily redecorated a guest room to reflect the show's chess theme and mid-20th-century style.

"Lexington may be known for the sport of kings," as VisitLEX puts it, referring to the region's horse racing pedigree. But "we’re also the home of the sport of queens: chess."

Stops along the tourism office's Queen's Gambit itinerary include the former Main Street locations of two 20th-century Lexington landmarks that play roles in the show: the Ben Snyder Department Store and the Phoenix Hotel, both unfortunately now demolished.

Still standing, though, are areas such as the historic Chevy Chase neighborhood, where the maximalist home of Beth Harmon's adoptive parents is meant to be, and the stately campus of Tevis's alma mater, the University of Kentucky.

The tour even provides real alternatives for businesses that were made up for The Queen's Gambit, such as Bradley's Pharmacy and Lex Liquors. Try Wheeler Pharmacy and Justins' House of Bourbon instead.

To immerse yourself even more fully in the world of the show, you can book an overnight stay in the Harmon Room at the 21c Museum Hotel located in the old First National Bank Building just a block from where the Ben Snyder store and the Phoenix Hotel once stood.

Designers Isabel Ladd and Lucy Jones have captured the visual look of the series, right down to the busy wallpaper (sporting a chess motif, naturally) and mid-century modern furnishings. 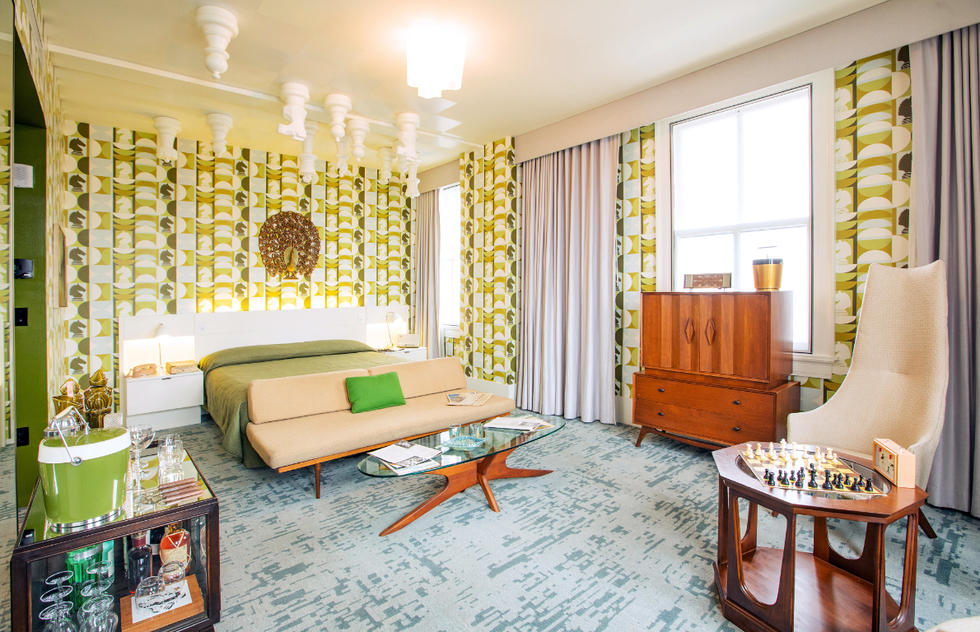 Chess books and a locally made chessboard decorate the room as well, along with the pièce de résistance: an installation of oversize chess pieces suspended from the ceiling over the bed, recalling the heroine's drug-fueled hallucinations.

The Harmon Room, which can be booked at 21c for around $230 per night, will be available into early summer, after which it will return to its original design.

You might not be ready to travel again by then, but don't worry: Lexington's other locations that inspired The Queen's Gambit should still be around to welcome you once the vaccine has finally said checkmate to the coronavirus.

The Queen's Gambit Guide to Lexington can be found at VisitLEX.com.